Melissa Metoyer is best known for her role on the VH1 series Basketball Wives of LA. She is the sister of Aya Metoyer – the “baby mama” of NBA star Dwyane Wade. Melissa was introduced on Basketball Wives LA on April 16th of 2017 in the sixth season of the show, along with her other sister Cristen.

How Did Melissa Metoyer Make Her Money & Wealth? 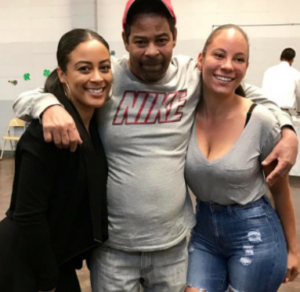 Melissa was born on April 22, 1988. The 29-year-old grew up in Los Angeles California, where she was born. Melissa has two half sisters, all with the same father but different mothers. Not much is known about the California native who just joined Basketball Wives LA in the spring of 2017 and ended up having most of her scenes cut. She is the carefree one of her sisters. Melissa Metoyer or does not have a relationship with a basketball star or any children to weigh her down. Since she didn’t have a whole lot of drama, she claims that most of her scenes were cut out of the reality show.

Her sisters Aja and Cristin had big drama the season, and that was most likely what overshadowed Melissa. In an interview with all God magazine, Melissa claims that she is not jealous of either of her siblings. She stated that they started off the season as a United team, but once the camera started rolling she ended up having to defend herself against her sister Cristin’s lies. It seems that even being on the show for a little bit has damaged their relationship as she told the magazine that at this point it’s not repairable. As to why her scenes got cut, Melissa claims that the show was not ready for her personality. She said that sometimes she speaks the truth and the truth hurts. It seems like a justification for not even being on the official cast list.

Not much is written about it or said on the show, but it looks like in her real life, Melissa Metoyer might be a teacher. She recently posted a photo of herself in a classroom on her Instagram, and an email she wrote calling all the “beautiful families” to take part in a fundraiser she was running for Hurricane Harvey victims. The average teaching salary for teachers in California is around $60,000, so if she is, in fact, a teacher, it’s safe to say that she makes that much, which is supplemented with her Basketball Wives income.

Melissa is single, which means that she was the loud and carefree one of the show. Perhaps she should have had some relationship intrigue to get herself in front of the camera more often in season 6 of the Basketball Wives.

Royce Reid, who was a staple of the Basketball Wives La series, was making $5,000 per episode in her first season, and she was featured on camera more often. It is likely that Melissa Metoyer was brought on for much less, perhaps a modest $500-$1000 per episode. 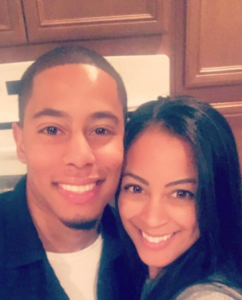 It’s not clear how much money Melissa spent on her house, which seems to be near Santa Monica California. Melissa regularly attends a church in that area. From her photos, it looks like she also has family in Las Vegas. She visited the area for her birthday in April and posted videos and photos of her mom’s house. 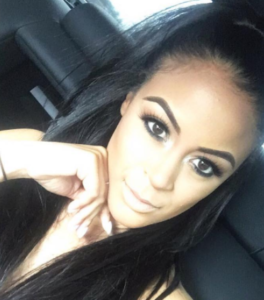 Melissa doesn’t advertise what kind of car she drives, but if the behind the wheel selfies and videos are anything to go by, it’s a nice model! The car has black leather seats and a nice stereo system. Check out this video of the Basketball Wives LA reality star grooving while driving. Earlier Insta pics show her driving a less fancy car with beige upholstery, so it looks like she was able to upgrade since appearing on the show.

Melissa Metoyer is heavily into charity work. In late November of 2016, she participated in the 37th Annual St Monica Thanksgiving Dinner and Clothing Boutique. She posted a photo of herself helping to sort a pile of donated clothing during the event. The post was tagged at St Monica Catholic Church and received 73 likes. It is an event that she participates in every year if her Instagram is anything to go by.

September 1st of 2017, Melissa’s Instagram featured a photo of herself surrounded by a bunch of donations of clothing, toiletries, and toys in bags ready to go to the victims of Hurricane Harvey in Texas. Clearly, charity work is something that means a lot to Melissa, which is a nice trait to see in a reality show star.

You can find Melissa on Instagram by clicking here. The reality show actress has almost 3000 followers and has posted 276 times since she joined. She regularly posts pics of herself with her family, or of charity events at the church she attends. Those photos are posted right alongside Melissa travelling to exotic locations, and wearing skimpy bikinis. She seems like an interesting, well-rounded person, and it’s a shame that she did not get more time on the reality show.