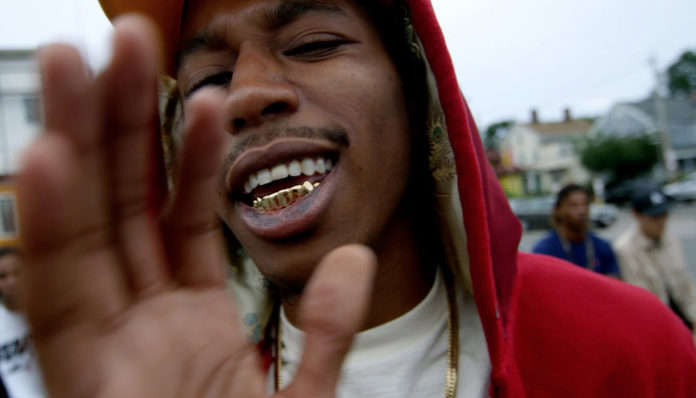 A Boston Native, Coustin Stizz kicked off his music career as a member of Pilot Nation- it wasn’t until later on that he decided to set out on his own. Drawing inspiration from some his favorite artists including Gucci Mane, he eventually released his debut, Suffolk County in 2015. Despite minimal promotion, the mixtape quickly gained traction, attracting the MC a considerable amount of attention.

Eventually landing an opportunity to open for Mac Miller and Drake, Coustin Stizz dropped his second album, Monda shortly afterwards in 2016. With this, his word-of-mouth following quickly grew. From there, the emcee signed with RCA Records in 2017- a milestone for any aspiring artist. Since then, the twenty something year old has come out with several hits including Chill Bill (Remix), 500 Horses, No Bells, Bonds, Up North, and Fresh Prince, to name a few.

How much has he managed to bank from his musical projects? According to sources, Cousin Stizz currently has an estimated net worth of $80,000. Where could he have earned this amount from? Let’s figure this out by taking a closer look at his career.

How did Cousin Stizz Make His Money & Wealth? 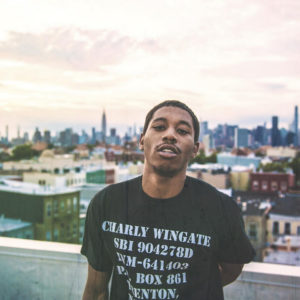 Born on March 15, 1992, Cousin Stizz (Real Name: Stephen Goss) was raised in the Dorcester neighborhood of Boston, Massachusetts. Growing up in the ’90s, he often listened to popular hip hop acts the Notorious B.I.G. and A Tribe Called Quest. Though he thoroughly enjoyed rap (he and his friends often rapped together for fun), it wasn’t until later on that he decided to pursue it more seriously; in his words, “it wasn’t in [his plans], ever, actually”. Instead, the teen had big NFL dreams.

Despite this, it eventually became clear that his football dreams simply weren’t meant to be. While still in high school, his best friend Damone Clark passed away due to bone cancer- his death struck Cousin Stizz hard. A devastating time for the teen, his passing ultimately led him to start acting out, which in return led him to receive an ultimatum from his mother- to either move out into the suburbs or attend military school. Though that period proved to be a struggle, he has since credited the experience with teaching him how to maneuver through any situation.

Having chosen to move out into the suburbs, Cousin Stizz became a student at Reading Memorial High School in Reading, Massachusetts. While initially challenging, he eventually became accustomed to “growing up in the inner city”.

Though life started to get back to normal for the teen, it wasn’t until after he’d met Michael Christmas that he got introduced to the local hip hop crowd, which led him to see music as a possibility. With encouragement from Christmas, Cousin Stizz headed off to the studio to record his own rhymes. Despite pouring many hours into penning his own material, it quickly proved to be difficult- ultimately, it was after much trial and error that he began to perfect his sound.

Eventually, his hard work paid off; the aspiring rapper dropped his debut mixtape titled, Suffolk County on June 2, 2015. Preceded by the track, No Bells, the project’s production came from Tedd Boyd, Tee Watt, M. Ali, Latrell James, DumDrumz, Lil Rich and Obeatz. Released as a digital download, the tape contained thirteen tracks including Fresh Prince, Dirty Bands, No Bells, Jordan Fade, I Got It, and Talk (Feat. Jefe Replay)- the only collaboration in the album.

A solid release, Suffolk County went on to garner him an underground following despite a lack of promotion. Sure enough, the fame that he received from the project soon attracted the attention of Mac Miller and Drake, who invited the emerging emcee to open for them on tour.

Following the release of the mixtape, Cousin Stizz returned to the studio for more reading- the fruition of his efforts, Super Bowl was later made available on January 22, 2016. Produced by Dumdrumz, the track was uploaded onto Soundcloud on which it almost immediately gained traction. As of 2017, the single has been streamed over 701,000 times on the site.

A few months later, the rapper returned to the spotlight with the new single, Gain Green. Another collaboration with Dumdrumz, who worked on the track’s production, the song has since surpassed the success of Super Bowl with over a million plays on Soundcloud alone. Just as successful on Youtube, the official music video has racked up more than 1.1 million views since it was first uploaded on May 24, 2016.

Soon afterwards, Cousin Stizz’s popularity peaked with the release of the track, 500 Horses. Written entirely by the rapper himself, the project was dropped on the internet on July 1, 2016. Produced by Lil Rich, the single was taken from his forthcoming mixtape, Monda. Encapsulating his traditional sound, an accompanying music video for the song was later uploaded onto Youtube that fall. Following its release, the artist went on a brief east coast tour with Larry June.

The mixtape itself- Monda was released thereafter on August 5, 2016. Named after his late friend Damone Clarke whose nickname was Monda, the tape was produced by Cousin Stizz along with Kenny Johnson, Tim Larew, Roy Fontaine, and Ian Goodwin. A solid effort, the views quickly poured in on Soundcloud, to which it was released on- to date, it has received more than 18,000 plays on the platform.

Continuing to establish himself in the rap scene, the MC released his third mixtape, One Night Only on July 13, 2017. His first project with RCA Records (whom he’d signed with earlier in the year), it featured a few guest appearances from Offset, G-Eazy, Big Leano, and Buddy. Some highlights from the 13-track playlist include The Store, Neimans Barneys, Up to Something, Paper Calling, No Ice, and Switch Places.

Considering the attention that the above releases had reaped in, Cousin Stizz would have likely earned some degree of earnings from said titles. Obviously however, that’s not all that he has going for him; as it’s typical with artists, the Boston native has also put on several shows and performances since his debut. For instance just last year, he hit up over a dozen cities from Toronto, Canada, to Santa Ana, California.

Similarly, the rapper has also been on putting on numerous concerts this year- in support of his latest mixtape, he hit the road for a 2017 tour earlier this spring which saw him performing at various cities across the United States and California. From the looks of it, Cousin Stizz will be continuing his travels later this fall- for more information on the show dates and venues, please visit his official website at cousinstizz.com.

Another (often forgotten about) source of income for Cousin Stizz is his Youtube channel. As of September 2017, his account has amassed over 46,000 subscribers with more than 8.7 million lifetime views. So far, his most popular upload, the official video for No Bells has garnered over 2.7 million views. Some of his other top videos include the official videos for Where I Came From, and Gain Green.

How much has the emcee earned from his Youtube account so far? Considering his growing popularity, it’s likely that he’s been monetizing his content through Google ads. Assuming that’s true, he’d be able to earn upwards of $5 per 1,000 views, depending on a variety of factors such as location, content, and audience. Given that he makes at least $2 per 1,000 ad views, he would have already earned a few thousand dollars in ad revenue.

Now that we know more about the twenty something, let’s go back to our original question- where did his fortune of $80,000 come from? From everything that’s been said above, it’s probably safe to say that the majority of this came from a mix of record and ticket sales. On the side, it also seems that he has some passive income coming in from his Youtube channel.

No- from what we can tell, the Boston MC is not married. As of now, it’s unclear whether or not he’s currently in a relationship as he isn’t one to talk much about his private life.

Does Cousin Stizz Have Any Children?

As mentioned above, not much is known about his personal life- having said that, it’s assumed that the 25-year-old does not have any children.

Did Cousin Stizz Go to College?

Though this has not been confirmed, it’s likely that Cousin Stizz has not gone to college. From what we know, it was after he had completed high school that he started to take rapping more seriously.

Where Did Cousin Stizz Get His Stage Name From?

The rapper’s current stage name, “Cousin Stizz” was given to him by his childhood friend when he was twelve years old. Real name Stephen Goss, he also went by “The Friendly Kid” around the neighborhood as a kid.

The twenty something currently resides in his hometown in Boston. Unfortunately, that’s about all we have on Cousin Stizz’s location- nothing more has ever been revealed to the public.

We do not have any pictures of Cousin Stizz’s house to share at this time.

Since he first set out on his own, Cousin Stizz has put forth a number of notable tracks including 500 Horses, No Bells, Bonds, Fresh Prince, and Headlock. Supported by a fan base that’s constantly growing, the rapper has already dropped three mixtapes- Suffolk County, Monda, and One Night, all of which garnered him a considerable amount of attention as an emerging artist.

On top of his solo efforts, Cousin Stizz has had the chance to collaborate with many established artists including Rob Stone, KYLE, Nok From the Future, Xander, G-Eazy, and Offset, to name a few.

As if that wasn’t impressive enough, his recent fame has also led him to be able to embark on several concert tours- in fact, he has one planned for this fall!

How Much Did Cousin Stizz Make Last Year?

Unfortunately, information on Cousin Stizz’s 2016 earnings is unavailable at this time.

To stay atop of his news and announcements, be sure to follow the MC on social media- you can find him on Twitter at @CousinStizz.