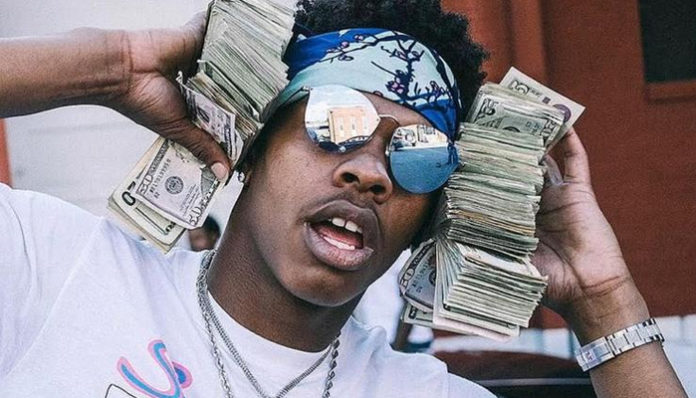 The next big name from the Atlanta rap scene, Lil Baby dropped his debut mixtape, Perfect Timing this past spring. A longtime friend of Young Thug, it took the rapper a while to realize his potential in rap- in his words, he had “never thought that [he’d] be going the rap way.” Since he first made himself known this April, his following has been growing at a tremendous rate.

Having said that, his life hasn’t just been fame and glory- for a period, Lil Baby was behind bars; it wasn’t until earlier this year that he regained his freedom. Having since found his calling in rap, the Mc has delivered many hit tracks over the past few months including My Dawg, 100 Round, Rider, Options, My Drip, and Stendo. Most recently this July, he dropped his second mixtape, Harder Than Hard.

How successful is the young twenty something? How much has he banked so far? According to sources, Lil Baby currently has an estimated net worth of $50,000. What are some of his biggest money-makers? His greatest projects? Let’s find out below.

How did Lil Baby Make His Money & Wealth? 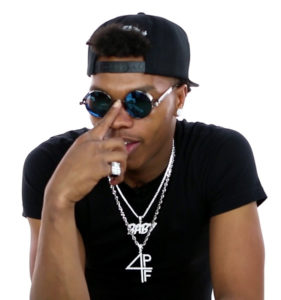 Born on December 3, 1994 in Atlanta, Georgia, Lil Baby grew up in the same neighborhood as a few notable names- Coack K, Pee and Young Thug. Like many teens in the area, he gravitated towards the hip hop scene- even prior to getting into rap himself, he often hung around with local artists. Unfortunately, not much else is known about his early life. For reasons unknown however, we do know that he landed himself in prison in his early twenties; it wasn’t until earlier this year that he was released from behind bars.

Ultimately, it was after he regained his freedom that he decided to pursue a full time career in rap. Inspired by a few of his favorite hip hop acts including Yo Gotti and Jeezy, Lil Baby released his debut single, Rider on April 15, 2017. Written by the emcee and Young Thug, its production was handled by the EarlthePearll, a producer often associated with the works of Lil Yachty. Featuring his high school friend, the track soon created sparks upon being uploaded onto Soundcloud. A solid success, the record has since garnered over 542,000 plays on the site.

Around the same time, Lil Baby delivered another track- 100 Round featuring Lil Yachty. Produced by 808 Mafia, the single was once again posted onto Soundcloud. Though it didn’t manage to surpass the number of hits received by Rider, its official audio did manage to garner over 370,000 views on Youtube, to which it was uploaded to that April.

Just a few days later, Lil Baby released his first mixtape titled, Perfect Timing on April 24, 2017. Featuring his buddy Young Thug, as well as Lil Yachty, Gunna, Young Scooter, and more, the project was produced by Wheezy, OG Parker, 808 Mafia, and EarlThePearl, among others. The title a reference to “[him] getting out of prison at the perfect time”, it boasted twelve jams including Trust (Feat. Young Scooter), 100 Round (Feat. Lil Yachty), For You, Rider (Feat. Young Thug), and Up (Feat. Gunna & Lil Duke).

Eventually shared on his official Soundcloud account, Perfect Timing has since been streamed hundreds of thousands of times on the site. Unsurprisingly, his collaboration with Young Thug on Rider proved to be the most popular with the most amount of plays; behind it, Racks In came in second with close to 400,000 streams.

According to an interview with the rapper, the actual recording process for Perfect Timing was “real quick.” As it happened, he was just playing around before taking the material in front of the mic. Responsible for his small wave in popularity, the mixtape proved to be a worthwhile effort for the burgeoning artist.

Most recently this summer, Lil Baby released his second project, Harder Than Hard. Dropped on July 18, 2017, the mixtape includes a few guest appearances from Young Thug, Marlo, Wheezy, and 4PF DT. Produced almost entirely by Quay Global, it came with thirteen tracks including A Town, Survive Da Motion, Ride or Die, My Drip, Large, and My Dawg.

A successful follow up to Perfect Timing, the tape has since surpassed its predecessor online in terms of stream count. On Soundcloud, the project has received thousands of likes and has been shared hundreds of times. Some of the most popular titles from Harder Than Hard include A-Town (Feat. Mario), Minute, Stendo (Feat. 4PF DT), and My Dawg, the last of which have been listened to close to two million times.

Considering the fact that he just recently broken into the rap scene this year, it’s not surprising to know that Lil Baby has not yet hit the road for any tours. Given that his popularity continues to rise as he continues to dish out new material however, it wouldn’t be unreasonable at all for him to start performing in front of crowds over the next two years.

Though not much is known about Lil Baby’s personal life, it’s assumed that the twenty two year old is currently not married. At this point in time, it’s unknown whether or not he’s in a relationship.

Does Lil Baby Have Any Children?

From what we can tell, Lil Baby does not have any children.

Has Lil Baby Gone to College?

Unfortunately, not much has ever been revealed about his education history- other than the fact that he went to high school with Young Thug. For now, it’s assumed that Lil Baby has not gone to college.

Where Did Lil Baby Get His Stage Name From?

According to an interview that he did with DJ Smallz Eyes, his stage name was given to him by his friends (who were significantly older than him) who he used to hang around with as a teen.

Where Does Lil Baby Live? Pictures of Lil Baby’s House

The rapper currently resides in his hometown of Atlanta, Georgia. Unfortunately, we do not know much else about his location.

We do not have any pictures of Lil Baby’s house to share with readers at this time.

What Kind of Car Does Lil Baby Drive?

Information on Lil Baby’s vehicle is unavailable at this time.

In the few months that he’s worked at the studio, Lil Baby has delivered several tracks- most of which have since garnered thousands upon thousands of streams online.

Perhaps his most notable achievement is the fact that he’s already managed to release two mixtapes- Perfect Timing and Harder Than Hard.

How Much Did Lil Baby Make Last Year?