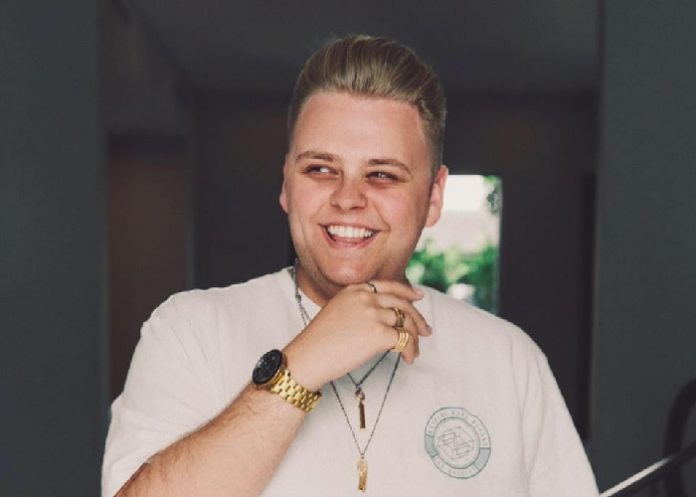 Nick Crompton is a British born vlogger, gamer and entrepreneur who has become internet famous in the last year due to his connection with the hugely popular Team 10. The twenty two year old takes a back seat when it comes to appearing in Team 10 videos, but behind such a successful and profitable franchise there is always someone who concentrates on the business and marketability aspects of the groups social media profiles, and for Team 10 Nick Crompton is the member with a vast amount of experience of online marketing, and he’s the business brain that has helped lead his Team 10 house mates to such incredible online success.

The individual members of Team 10 are gaining thousands of subscribers everyday (Bro), and the buzz surrounding the group is incredible. With the attention loving Jake Paul spearheading the group Team 10 have gained massive media attention as well as a large amount of controversy in the last year, and behind the scenes Nick Crompton has been guiding the group to ever greater success, but how much has Nick himself earned from his personal success and the fame of Team 10? Read on to find out.

How Did Nick Crompton Make His Money & Wealth?

If you’ve heard of Nick Crompton and Team 10 then you will know that England is Nick’s city, but we’ll come to that lyric a little later. Nick Crompton was actually born in Bradford, in Yorkshire, England on February 5th 1995. He attended the Titus Salt Sixth Form College, which is the equivalent of high school, and was known as a hard-working student who particularly excelled in math, but when he left school in 2011 he had no clear plans for a future career.

In 2012 Nick began producing his own content on his newly created Youtube channel. His early work featured vlogs in a variety of genres including cooking and comedy. He began a podcast and had a small amount of success with over 20,000 subscribers following him within a year. Nick also opened a second channel that concentrated on gaming and he opened an Instagram account in September of that year. He attended the Youtube academy in London and improved his editing and graphic design talents, and in order to pay the bills he began working as a bar manager for the large entertainment and night-life company, Tokyo Industries, in nearby Manchester.

In 2015 Nick became a co-founder of Social Chain, a social media and Influence Marketing agency based in the UK. The company quickly grew to have an enormous presence on the internet, particularly on Twitter where the 30 employees operated hundreds of Twitter and Reddit accounts with a combined following of over 240 million. They specialized in ‘disruptive’ marketing and were at times criticized for unethical advertising methods and plagiarism, but despite the criticism Nick and his Social Chain co-founders made hundreds of thousands of dollars and worked with prestigious clients such as Apple, Microsoft, Universal Pictures and 20th Century Fox to name just a few. Nick was Head of Talent and Influencers at the agency, and with the valuable experience he gained at Social Chain, he soon had an opportunity to work on the other side of the Atlantic for Team Dom, the agency behind Team 10.

Nick Crompton moved to Los Angeles in September 2016 to become the Chief Operating Officer of Team 10, which is by far the biggest growing group of content creators on social media now in 2018. Jake Paul, the leader of Team 10, became a star on the now defunct short-form video app Vine and when Vine was bought and subsequently closed by it’s biggest rival Twitter in Late 2016, Jake and his Team 10 group turned their full attention to Youtube, and they’ve been the most-talked about, controversial and fastest growing group of content creators on the platform ever since. Everyone knows that Jake and Team 10 have their fair share of haters, despite those very same haters being ‘dabbed on’ at every available opportunity, but behind Jake’s crazy escapades and occasionally impulsive behavior there’s an expert brain at growing online brands, and alongside Nick Crompton’s marketing experience, the pair have created an incredible social media phenomenon that has gained a huge amount of attention throughout the last year.

With a steady stream of drama and excitement, all produced to the highest professional standards, the Team 10 collective gain thousands of followers everyday, and as Nick is such a fundamental part of that success he too has been thrust into the limelight on a regular basis. Although Nick is mainly the COO, responsible for the day to day running of Team 10, the huge popularity of the group has made him a celebrity in his own right too, but it’s that famous lyric in Team 10’s much talked about rap tune ‘It’s Everyday Bro’ that has made Nick Crompton so famous in the last few months. ‘It’s Everyday Bro’ has been criticized by many for it’s lyrics and stereotypical video, but by far the most attention has been heaped on Nick for that classic line ‘England is my City’. Nick has been swamped by comments online about it ever since, and plenty of them are critical, but he’s managed to turn that lyric into his own personal catchphrase, and it’s a profitable one for the social media expert.

Nick has gained over 1.8 Million fans on his Instagram account now in September 2017, with another 400,000 following him on Twitter. His original Youtube account, which now has almost 110,000 subscribers was closed earlier this year for reasons unknown, and Nick also removed all his videos from the channel, but he then opened another Youtube account in July of this year and began re-uploading many of his old videos. Exactly why Nick shuffled his content on Youtube around in this way is not known, but with his extensive online marketing experience it’s clear that Nick Crompton knows exactly what he’s doing when it comes to social media.

Nick has taken his ‘England is my City’ catchphrase and used it as the main feature of his online store, which is hosted on the Fanjoy site, and he promotes his merchandise through his Instagram and Twitter accounts. He offers ‘England is my City’ hoodies and T-Shirts, as well as SmartPhone cases and even pillows with his face and that iconic pompadour hairstyle featured on them. But despite the huge amount of publicity surrounding Team 10 and Nick Crompton, his personal worth and earnings are not publicly known. Nick Crompton obviously perfers to let his Team 10 partners take most of the limelight while he runs things quietly in the background, but as the COO of Team 10, which effectively makes him second in command of the whole operation it’s likely that his earnings for 2018 will be $200,000 at the very least. ‘It’s Everyday Bro’ has been praised and criticized in equal measure but you can’t dispute the facts. In just three months the song has been viewed over 113 million times on Youtube and downloaded from iTunes over 5 million times, and the income from that content alone will have earned at least $150,000 for the team 10 collective.

Nick, who is gay, is still only 22 and as yet he hasn’t publicly announced that he is hitched up with anyone, which is not that surprising considering his incredible workload managing the constant publicity and content uploads from Members of Team 10, but a quick glance through his Twitter account shows that he has more than a minor crush on mega star Justin Beiber. Nick does like to keep his private life away from media attention so until he announces anything on social media it’s unlikely that his fans will find out about any relationship he’s involved in until he decides to make it public.

Where Does Nick Crompton Live?

Nick lives with Jake and the other members of Team 10 in the Team 10 house where he can often be seen working hard on at least three laptops. Since the location of the house became public knowledge it is usually beseiged by up to two hundred fans at all hours, which has led to controversy and legal problems, as well as disagreements with neighbors in the last few months. Recently Team 10 members have been legally stopped from vlogging from the Team 10 house and now they produce content from a variety of other locations. Rules have been imposed on the waiting fans outside the Team 10 House and at least one recent video showed Nick having to clear legions of fans out of the front yard after a few of the most daring decided to open the front door uninvited.

What Car Does Nick Crompton Drive?

Nick is reportedly the proud owner of a Ferrari 911, but despite my best efforts I’ve been unable to confirm if this is definitely true, which is not that surprising considering the effort Nick makes to keep his private life away from the media. Just days ago on August 29th 2017 Nick revealed that he and fellow Team 10 member Tessa Brooks had been involved in a serious car accident, but fortunately no-one was seriously injured, and for Team 10 even a car accident doesn’t stop work. Nick and Tessa were working on a vlog as soon as they got back home immediately after the crash.

Just recently Jake Paul and other members of Team 10 travelled to Houston, Texas to help victims of the devastating Hurricane Harvey, and Nick urged fans to donate to the cause and promoted the charity fund-raising activites of the group. Even with such positive activites Team 10 have received plenty of criticism from those who claim they are just attempting some damage control through their charitable activites, but as Nick frequently points out, you can’t be as famous as Team 10 without attracting a lot of haters, and for Team 10 it’s simply a matter of dabbing those haters away.

Nick Crompton has become an integral part of Team 10 in only one year, and the collective of content creators are setting the World of social media on fire. His marketability as a social media expert and a celebrity in his own right has created a bright future for the big man from England, and he recently tweeted that he was missing ‘his friend’ the Queen, although personally I think the picture he posted might just be another example of Nick’s innovative and original social media marketing skills.