David Dobrik Net Worth 2018 – How Much The Vlogger Makes 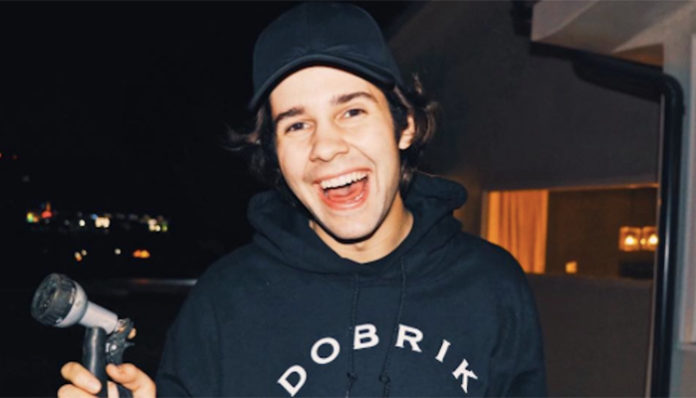 A popular social media star, David Dobrik originally rose to fame on Vine- where he’d amassed over a million followers, a few years back. Hailing from Slovakia, his amusing antics quickly caught the attention of fellow users on the video-sharing platform. By the time he decided to focus his efforts on Youtube in 2015, he had already attained celebrity status on the site.

Since then, the 21-year-old has been pouring all of his time into his Youtube channel. Known mostly for his vlogs, Dobrik currently posts new videos onto his page every Monday, Wednesday and Friday. One of the most subscribed to users on the site, he currently has close to 5 million followers with 1.3 billion video views.

Nowadays, it’s no secret that an online celebrity can rake in thousands upon thousands of dollars in revenue. So then, how wealthy really is the twenty something year old? According to various sites, David Dobrik currently has an estimated net worth of $2 million. Interested in knowing how he made this amount? Let’s take a look at how his career has played out over the past few years.

How did David Dobrik Make His Wealth and Money? 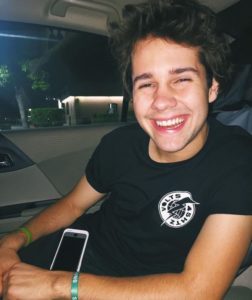 Born on July 23, 1996 in Kosice, Slovakia, David Dobrik was raised in Chicago with his two siblings, after moving there when he was just a few years old. Unfortunately, not much else has been revealed about his early life. Ultimately it was during his final year of high school that he decided to partake in the latest social media fad, Vine. One of the most popular platforms at the time- especially for teens, it allowed users to create and share 6 second-long video clips online.

His first vine was uploaded onto the site on April 3, 2013. With the amusing antics that he had, he quickly caught the attention of fellow users on the app. Before long, his follower count had grown to be in the hundreds, and then in the thousands. Though most of his initial clips were solo improvs, he eventually started to collaborate with other Vine personalities such as Brandon Calvillo, Gabrielle Hanna, and Alex Ernst- efforts that helped to further raise his profile on the site.

By the time he decided to switch his efforts over to Youtube in 2015, the teen had amassed over 1.3 million followers on Vine.

Launched in the winter of 2014, Dobrik’s Youtube channel has since received over 1.3 billion viewers. His primary platform as of 2017, he is mostly known for his vlogs, which he uploads onto his account on a regular basis. If you’d like to tune in to his new videos, know that he currently posts new content to his channel every Monday, Wednesday and Friday.

The way it is, it’s incredibly easy for content creators to make money through Youtube- especially if their content receives millions of views each. The way it works is that users are able to earn revenue by displaying Google ads on their videos; for every 1,000 ad views, the site pays them upwards of a few dollars. With that, it’s easy to see how millions of views can translate to thousands of dollars in earnings.

So, how much has David Dobrik’s Youtube channel raked in so far? Assuming that Youtube pays him a couple of dollars per thousand ad views, his earnings so far would already be in the ball park of $1,000,000! Obviously, Google itself would take a cut, but that amount is impressive nonetheless. Currently, his most popular video- He Snuck Into My House!! has been viewed over 13.2 million times- that’s already over $10,000 in ad revenue!

Naturally, as his following grows on the site, so will his earnings. According to Socialblade, his channel has been growing at an even rate since late 2016. As of September 2017, his subscriber count is going up by upwards of 10K on a daily basis- at this rate, it won’t take long for him to to reach 5 million followers. As far as his view count goes, his videos are gaining anywhere between 2 to 4 million views a day!

Though Youtube is his major money-maker, it’s not the only thing that he has going for him- for instance, he’s also acted on a few occasions over the past few years. In 2015, he made a guest appearance in an episode of The Honest Show starring George Back, JT Vancollie, and Carrie Aizley, after which he played a minor part in the comedy, Prank U.

Then last year, Dobrik made his movie debut in the comedy film, FML (2016). Directed by Jason Nash, the movie starred Busy Philipps, Jessica Serfaty, Jimmy Tatro, Andrew Daly, and Page Kennedy. In it, he played the small role of Taylor Mackey.

According to IMDb, the Youtuber will be making another appearance here soon. Directed by Dylan Trussell and David Dinetz, Airplane Mode cast includes a number of internet stars including Logan Paul, Mikaela Hoover, Jake Paul, Amanda Cerny, and Andrew Bachelor, among others.

Now, let’s revisit our original question- where did David Dobrik’s earnings come from? From what’s been said above, it’s clear that most of his $2 million fortune stems from his success on Youtube. Having said that, it’s noteworthy to mention that he has other things going for him such as his various acting stints.

While he isn’t married, the Youtuber has been dating Liza Koshy, a fellow social media personality since November 2016. Allegedly, it took Dobrik a few months to build up the courage to ask her out, after which they chose to keep their relationship on the down low for the first few months.

Does David Dobrik Have Any Children?

No he does not.

Did David Dobrik Go to College?

No, he has not gone to college. Regarding this, the 21-year-old has stated that he does not regret missing out on college at all.

Like many Youtube stars, David Dobrik currently resides in LA, California. Details on his location are currently unavailable.

We don’t have any images of David Dobrike’s home to share at the moment.

What is the Make of David Dobrik’s Car?

Not only has he managed to amass over 1.3 million fans on Vine, but he’s since also made himself known on Youtube with close to 5 million subscribers! Nowadays, it’s not uncommon for his videos to garner millions of views each on the site.

Besides what he’s accomplished with his online career, Dobrik has recently also made his film debut in the comedy, FML (2016).

For his work in social media, the 21-year-old was given a Streamy Award for Audience Choice Creator of the Year this year.