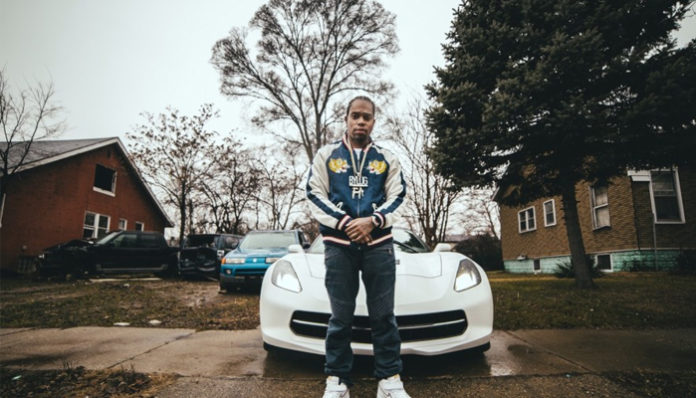 From the streets of Detroit, Payroll Giovanni kick started his music career with the rap crew, Doughboyz Cashout in the 2000’s. Inspired by the works of Street Lord’z and Blade Icewood- two local legends in the area, they first made themselves known with their debut mixtape, We Run the City in 2007. Since then, the group has released several other titles including No Deal on Chill, Motor City Runners, Free Roc, and The Tester.

After several years of performing with the crew, he made his solo debut in 2014 with the mixtape, Get Money Stay Humble. Continuing to dish out new projects on a regular basis, Payroll Giovanni has since dropped four additional tapes including Stack Season, Big Bossin’ Vol. 1, Sosa Dreamz, and Payface– the last of which was released in 2017. Some of his most popular tracks include It’s Time, Bravo, Dolla Signs, His and Hers, and I’m Dat Nigga.

How successful is the Detroit emcee? Having been involved with the rap scene for so long, surely he’s managed to bank a decent amount from his endeavors? According to sources, Payroll Giovanni currently has an estimated net worth of $250,000. Where might he have earned this figure from? Let’s take a closer look below.

How did Payroll Giovanni Make His Money and Wealth? 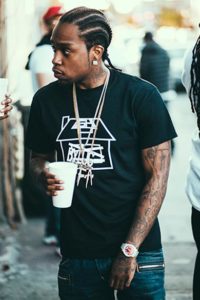 Born on January 30, 1988 in Michigan, Payroll Giovanni (Real Name: Dior Giovanni Petty) was raised in and around the area of Detriot. As a teen, he went to Oak Park High School and launched his music career as a member of Doughboyz Cashout. Formed in 2006, the hip hop crew had come to be after two groups came together to combine their talents. Aside from Giovanni, other members included Chaz Bling, HBK, Crispy Quis, Bmo Maine, and a few others.

After a couple of years of experimenting, the boys recorded and released their first mixtape, We Run the City. Gaining a considerable amount of traction in the local scene, they soon garnered themselves a solid fan base. From there, Doughboyz Cashoutz dropped their second project, We Run the City 2 – Floodzone, a mixtape that told uncut tales of their triumph and street life. Four tracks were introduced including Numbers (Feat. Mack Nickles), Chain on My Dresser, The Crowd Goes Wild, and Change Your Life.

Their third mixtape, We Run the City Vol. 3: Chances Make Champions was released in 2010. A testament to their growing fan base, it racked up over two million views on Youtube, having gone viral on the internet. Continuing to grow in popularity over the next few years, the group has since released six additional projects including No Deal on Chill, Motor City Runners, Free Roc, The Tester, Boss Yo Life Up Gang, and We Run The City Vol. 4. Some of their hottest hits include Mob Life, Da Mob, Grind 2 Shine, Pocket Full of Money, and Pure White.

Together, Doughboys Cashout have also put on several shows throughout the 2010’s (it’s only natural that they’d receive a reasonable fee for each performance). For instance, they gave their first concert at Saint Andrews Hall in their native Detroit in December 2011. Following that, they performed at a handful of different venues over the next few years including at The Fillmore Detroit, Frankfort Convention Center, The Perani Arena and Event Center, Garden Theater at Midtown, and The Dow Event Center, to name a few. Most recently, they entertained audiences in Oakland, California in 2015.

Naturally, his work with the group would have yielded him some earnings- especially when you take into consideration just how popular they were in the local Detroit scene. Aside from his contributions to Doughboyz Cashout, Giovanni has since also established himself as a solo artist.

Making his own debut, the rapper dropped his first solo mixtape, Get Money Stay Humble in 2013. Released online, it included several guest appearances from artists such as Chef Tony, Ro Jack, JuJu Da Boss, Reo Grand, and Most Wanted. Streamable on Soundcloud, there are seventeen tracks to the playlist including the titles Imaginary Bosses, Game is the Game, I Got a Problem, Dolla Signs, Shut Yo Poor Ass Mouth, and Allergic to Lames.

Giovanni’s second project, Stack Season was made available two years later in 2015. A solid follow-up to Get Money Stay Humble, twenty songs were released with it including Nothin’ to a Boss, His and Hers, Feels so Good, Legit Dreamz, Chain & Whip, Life I Choose, and Original Rich Niggaz. Given stellar reviews by fans, the track list has since been streamed over 30,000 times on Datpiff.com.

The next summer, Giovanni teamed up with Cardo Got Wings on the summer playlist, Big Bossin’ Vol. 1. Featuring appearances from his Doughboyz Cashout crew as well as Big Quis, Jade Jones, Tamara Jewel, and a few others, the 18-track project gave rise to the titles Day in the Life, Pile of Money, Where I’m From, Sell Something, Never Seen Money, Get Yo Shine On, Day in the Life, and Real Plug. Produced by Cardo, one of the most in-demand producers in the game, the mixtape has racked up tens of thousands of streams online.

Returning solo later that year, he dropped his next mixtape, Sosa Dreamz in the fall of 2016. Produced in part by Cardo, the project featured guest vocals from Cashout Calhoun, B-Mo Maine, Drey Skonie, Clay Baby, Big Quis, and Tamara Jewel- most of which Giovanni’s worked with before. Some highlights from the tape include the titles Fly Away, It Ain’t a Game, Only Tell You Once, Nothing Going On, Been Getting Money, and My Money Counter.

Most recently this summer, the emcee released Payface, the latest addition to his ever-growing catalog. A joint project with Detroit’s Helluva- a music producer known for his recent work with Tee Grizzley, the mixtape produced eleven tracks including Started Small Time, Spot in Every Ghetto, Raised in Raids, Keep On, Hustle Muzik 3, and Shop. Much like his earlier releases, there were also a handful of guest appearances from B Ryan, Ashley Rose, HBK & Roc, and Bonus.

On Soundcloud, the tracks have been played tens of thousands of times each, the most popular being that of Hoe We Move It (Feat. B Ryan and HBK & Roc) with over 43,000 streams.

In addition to the many mixtapes that we’ve mentioned above, Giovanni has also put forth a number of singles over the years. For instance, he’s dropped His and Hers, I’m Dat Nigga, Woke Up, Hella Ice, Brainstorm, Therapy, and Grind 2 Shine, all of which were considerable hits upon being released.

As a solo recording artist, the Detroit native has also put on a few concert shows since his debut. Most recently last December he performed at the Thalia Hall in Chicago, Illinois; prior to that, he hit the stage at The Phoenix Theater in Petaluma, California. From the looks of it however, it doesn’t seem like he has any dates planned for later this year.

On the internet, Giovanni presumably also pulls in some extra cash from his Youtube channel. Since he first established his account in 2015, he has received over 1.6 million views across his videos. Assuming that he earns a few dollars per 1,000 views (as part of the Google partnership program), he would have easily made over a thousand dollars from his channel already. Some of his most popular uploads so far include Real Plug, Outro, My Whole Life, and Da Game.

Now that we know more about his achievements, let’s go back and answer our original question- where did Payroll Giovanni earn most of his fortune from? From everything that’s been said above, it seems safe to say that he earned it from a mix of record sales and concert performances (both with Doughboyz Cashout and as a solo artist).

Given that he continues to release new material, it’s likely that the 29-year-old’s net worth will continue to rise.

No, he is not married- however, he is in a relationship with longtime girlfriend, Kendra P- a Detroit hair stylist. Madly in love, the two are often together when he’s not busy recording at the studio.

Does Payroll Giovanni Have Any Children?

This past June, the couple celebrated the pending arrival of their daughter with a lavish baby shower in their native Detroit.

Did Payroll Giovanni Go to College?

Not much is known about Payroll Giovanni’s education history- for now however, it is assumed that he has not gone to college.

Where Did Payroll Giovanni Get His Stage Name From?

In a recent interview with DJ Smallz Eyes 2, the rapper revealed that his stage name actually stems from his middle name- Giovanni.

It’s assumed that the 29-year-old rapper currently resides in his hometown of Detroit, Michigan (for one thing, he has it listed as his location on Twitter).

Unfortunately, not much else is known about his location as he’s never been one to talk much about his private life. We do not have any pictures of Payroll Giovanni’s house to share at this time.

What Kind of Car Does Payroll Giovanni Drive?

We do not have any information on Payroll Giovanni’s vehicle at this time.

As a member of Doughboyz Cashout, Giovanni has contributed to a number of hit projects including No Deal On Chill, We Run the City, Free Roc, Motor City Runners, and The Tester. Let’s also not forget some of their greatest tracks- Mob Life, Da Mob, Grind 2 Shine, and Good Ass Day.

As a solo recording artist, the rapper has surely been making a name for himself in the rap scene- with what he’s put out over the past few years. Within a few years time, he’s already dropped five mixtapes, the most recent being that of Payface– which was just released earlier this summer.

If anything, his popularity is likely climb up further over the next few years.

How Much Did Payroll Giovanni Make Last Year?

Regrettably, information on Payroll Giovanni’s earnings for 2016 is currently unavailable.

This past August, Giovanni dropped his latest single, Payroll for President via iTunes. Since its release, an accompanying music video has been uploaded onto Youtube; as of September 2017, the MV has already been viewed over 318,000 times!