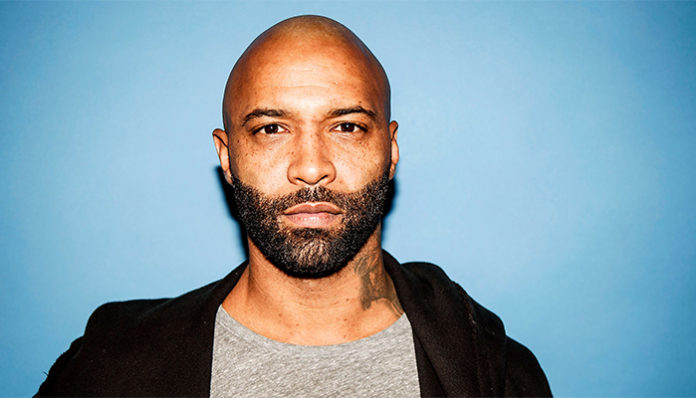 Hailing from New York, Joe Budden put his music career on track with the release of his debut album in 2003. Despite having struggled with drugs during his youth he successfully went into rehab in his late teens. Ultimately, it was after that that he first got into freestyling.

Taking his hobby more seriously after a few years of experimentation, he dropped his eponymous debut album in 2003. A considerable hit, it eventually gave rise to his Grammy nominated track, Pump it Up. Since then, Budden has released several other titles including Fire, Not Your Average Joe, Gangsta Party, and She Don’t Put it Down.

Most recently last year, the rapper delivered his fourth studio album, Rage & The Machine, which went on to chart in the US. Constantly rising in popularity, he easily has well over a million fans worldwide.

How successful is he now? How wealthy is the 37-year-old artist? According to sources, Joe Budden currently has an estimated net worth of $1.5 million. Where did he earn this money from? Let’s take a look at some of his greatest projects below.

How did Joe Budden Make His Money & Wealth? 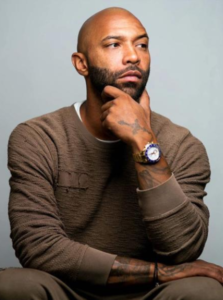 Born on August 31, 1980 in West Side Harlem, New York, Joe Budden (Real Name: Joseph Anthony Budden II) grew up in Jersey City. A troubled teen, he got into drugs during the early years of high school. It wasn’t until his mother confronted him about his habits that he voluntarily went to rehab in 1997- he was seventeen at the time.

Following that, he was introduced to freestyling by some high school acquaintances (allegedly, he won most of the battles). Gradually taking his hobby more seriously, Budden eventually landed a few features in the works of Cutmaster C, DJ Kayslay, and DJ Clue. From there, he continued to hone his skills over the next few years, rapping whenever he could.

Finally in 2003, the then 23-year-old released his self-titled debut album, Joe Budden. Distributed by Def Jam, the project was produced by Terry Corley, Nitti, Skate, Web, and Elementary, among a couple of others. Featuring guest appearances from 112, Busta Rhymes, and Lil’Mo, it gave rise to fifteen tracks including Pump it Up, U Ain’t Gotta Go Home, She Wanna Know, Give Me a Reason, Stand Up Nucca, and Calm Down.

A widespread success, the album garnered favourable reviews from several critics including Chris Ryan of Spin Magazine, who praised its production. Upon its release, it managed 95,000 copies sold in the first week.

Following his debut, the budding artist took a prolonged break before returning in 2007 with the independent album, The Album Before the Album. Over the next two years, he released a handful of titles including Mood Muzik 3: The Album, Halfway House, Padded Room, Escape Route, and Mood Muzik 4: A Turn 4 the Worst. Responsible for bringing up his popularity in the late 2000’s, all of the above albums ended up making its way onto the US music charts.

Ultimately, it wasn’t until 2013 that he dropped his next major label release, No love Lost. Strictly a hip hop album, Budden enlisted the help of many producers for the project including 8 Bars, Boi-1da, A6, Cardiak, T-Minus, and Frequency. Preceded by the single, She Don’t Put it Down, the record came with seventeen tracks including You and I, All in My Head, Last Day, Switch Positions, Tell Him Something, Switch Positions and Runaway.

Featuring a number of collaborations, the album entered the Billboard Top 200 at number 15 with approximately 30,000 copies sold in the first week. Though reviews were generally mixed, it eventually rose up to number one.

Two years later in the fall of 2015, Budden released the album, All Love Lost. Supported by two singles, the playlist boasted eleven titles including Make it Through the Night, Where Do We Go, Love For You, Unnecessary Pain, Playing Our Part, and Love I’m Good. Though not as successful as its predecessor, it debuted at number 29 on the US Billboard 200 with 14,000 sales in the initial week.

Most recently last October, the rapper came out with his latest studio album titled, Rage & The Machine. Produced entirely by AraabMuzik, it featured a few guest appearances from Joell Ortiz, Tory Lane, Emanny, Stacy Barth, Fabulous, and Jazzy. Some highlights from the track list include: Time For Work, I Wanna Know, Wrong One, Uncle Joe, I Gotta Ask, Idols, and Forget. The project topped the R&B Albums chart and reached as high as number 40 on the Billboard Top 200.

In addition to his solo work, Budden is also a member of the hip hop collective, Slaughterhouse (his bandmates being Crooked I, Joell Ortiz, and Royce da 5’9”).

In August 2009, the group released their debut album, Slaughterhouse via E1 Music. Produced by The Alchemist, Focus…, Mr. Porter, and Streetrunner, it earned itself several positive reviews from publications such as AllMusic and XXL. Accompanied by two singles, the project came complete with fifteen tracks including Lyrical Murderers, The One, In the Mind of Madness, Raindrops, Killaz, and Salute, many of which were collaborations with other acts.

Not long after its release, Slaughterhouse rose to number 25 on the Billboard Top 200 with 18,6000 copies sold. Later on, the album also charted on the Top Digital Albums, Top Rap Albums, Top Independent Albums, and Top R&B/Hip Hop Albums.

The hip hop supergroups’s second album, Welcome to: Our House was released in 2012. Available as both a normal and deluxe version, its production was predominantly handled by the Grammy-winning artist, Eminem. Their most successful record to date, the album entered the Billboard 200 at the second position with 52,000 sales in the first week; within just a month, over 80,000 copies were sold in the US.

Lauded by fans and critics, Welcome to: Our House consisted of sixteen titles, six of which were collaborations with Skylar Grey, Swiss Beats, Tee Lo Green, Busta Rhymes, and Eminem. Slaughterhouse’s first album to chart outside the US, it also enjoyed success in the UK, Switzerland, Denmark, and Canada.

Aside from what he’s banked from the above albums, the rapper also makes a decent amount form putting on concerts and going on tour. For instance just last year, Budden travelled to and performed at over 20 cities across the country from New York to Washington. More recently this January, he held a show at the Stanhope House in Stanhope, New Jersey.

For now, it doesn’t look like he has any concerts planned for later this year.

On the internet, Youtube is another (often forgotten about) stream of income for the artist. As you probably already know, it’s easy for users to make ad revenue as a partner of Google. Assuming that he’s been displaying advertisements on his videos, Budden would make upwards of $5 per 1,000 views.

Since he first launched his Youtube channel in 2006, he has amassed over 113,00 subscribers with more than 25.2 million lifetime views. Given that he receives at least $2 per 1,000 monetized views, he would have already earned over $20,000 from ad revenue alone! Currently his most popular upload, Twitter Beef ft. Wale & Nicki Minaj has been streamed over 2.6 million times.

Aside from his music ventures, Budden has also appeared on television in the popular reality shows, Love & Hip Hop: New York (2013), and Couples Therapy (2015), the latter of which he starred in.

At the moment, it’s estimated that the 37-year-old rapper has a net worth of $1.5 million.  Now that we know more about his music career, let’s take a look at where he yielded most of his fortune from. Drawing form everything that’s been said above, it’s clear that he banked a significant portion of his earnings from his studio albums over the years- both his solo efforts and ventures with Slaughterhouse. In addition to that, it’s presumed that he also receives a hefty paycheque for putting on shows throughout the year. Let’s also not forget about what he makes from Youtube and his television appearances!

While he isn’t married, the rapper has been dating American model, Can Santana since August of 2016. Both former stars of Love & Hip Hop, the two appear to be very much in love.

In the past, Budden was romantically involved with Yaris Sanchez, Kaylin Garcia, Tahiry Jose, and Esther Baxter.

Does Joe Budden Have Any Children?

From what we know, he does have a son from a previous relationship (the identity of the mother has not been revealed).

More recently this August, it was announced that he is expecting a child with his girlfriend, Can Santana after one year of dating.

Did Joe Budden Go to College?

No, he did not go to college. He went straight for a music career following high school and hasn’t looked back.

Where Did Joe Budden Get His Stage Name From?

His professional stage name is derived from his given name, “Joseph Anthony Budden II.”

Where Does Joe Budden Live? Pictures of Joe Budden’s House

It’s assumed that Joe Budden currently resides in New Jersey. Unfortunately, not much has ever been revealed about his location- we do not have any pictures of the rapper’s house to share with readers at this time.

What Kind of Car Does Joe Budden Drive?

We do not have any information on Joe Budden’s vehicle at this time.

In the many years that he’s been involved with the hip hop scene, Budden has come out with five studio albums, seven mixtapes, and seventeen singles- most of which were commercial hits.

As far as accolades go, he received a Grammy Award nomination for his single, Pump it Up in 2004. In addition to that, he’s also been nominated for two MOBO Awards, and a Black Reel Award.

How Much Did Joe Budden Make Last Year?

As mentioned earlier, his most recent release is that of his album, Rage & The Machine in October 2016. Having said that, he did make a guest appearance in Royce da 5’9”’s track, Chopping Block earlier this year, which was taken from his album, The Bar Exam 4.

On television, he appeared in a couple of shows this past year, Hip Hop Squares (2017), and Everyday Struggle (2017).