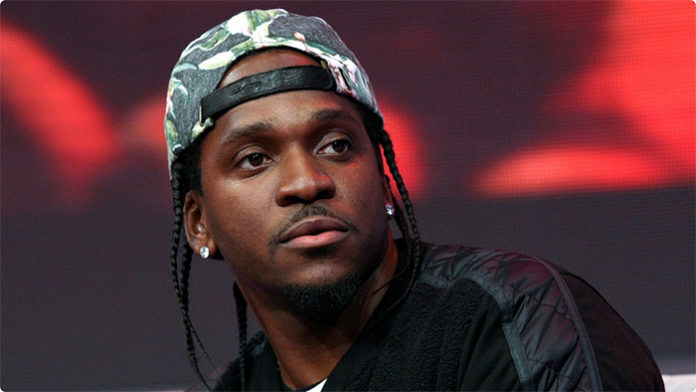 From New York City, Pusha T originally rose to fame as a member of the hip hop duo, Clips. Making themselves known, they came out with three studio albums during the 2000’s, including Lord Willin’ which eventually went gold in the United States. Some of their popular tracks include, Grindin, When the Last Time, Ma I Don’t Love Her, Hot Damn, and Wamp Wamp (What it Do).

Later going solo, the New Yorker signed with GOOD Music and released his debut mixtape, Fear of God in 2011. From there, Pusha T dropped two additional records before releasing his first studio album, My Name is My Name in 2013. To date, his discography has grown to include two albums, an extended play, a mixtape, and over thirty singles.

An established player of the hip hop scene, Pusha T easily has millions of fans across the globe. How successful is the rapper? According to sources, the star currently has an estimated net worth of $15 million. Where did he make this money from? To find out, let’s take a more detailed look at how his career as played out over the years.

How did Pusha T Make His Money & Wealth? 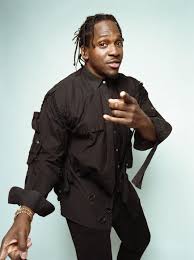 Born on May 13, 1977 in The Bronx, New York City, Pusha T (Real Name: Terrence LeVarr Thornton) was raised in Virginia Beach, where his family had relocated to when he was still a toddler. Incredibly close to his older brother, the two siblings formed a hip hop duo together called Clipse in 1992- he was only fifteen at the time. With the help of Pharrell Williams, the pair eventually landed a record deal with Elektra Records in 1997.

Following the shelving of their original debut album, Exclusive Audio Footage, Clipse dropped their first official album, Lord Willin’ in August 2002. Produced by The Neptunes, it included a number of guest features from acts such as Faith Evans, Fabulous, Jermaine Dupri, Styles P, Jadakiss, and Fam-Lay. Preceded by two singles, Grindin and When the Last Time, the album gave rise to a total of thirteen tracks including Gangsta Lean, I’m Not You, Virginia, Young Boy, and Cot Damn.

An overall success, Lord Willin’ reached the top of the R&B Albums chart and number 4 on the Billboard Top 200. Lauded by fans, the project was later hailed as one of the best albums of the 2000’s by Pitchfork and Slant Magazine. Within just a few months of its release, it had gone gold in the United States, after selling over 500,000 copies.

After releasing a couple of mixtapes, the brothers came out with their second album, Hell Hath No Fury in November 2006. A work in progress since 2003, its playlist boasted twelve new titles, many of which were collaborations with other artists. Some highlights include, Hello New World, Ride Around Shining, Chinese New Year, Momma I’m So Sorry, and Keys Open Doors.

Upon its release, Hell Hath No Fury landed at number 14 on the Billboard Top 200 with approximately 80,000 sales in the first week. Supported by two singles, the album eventually also peaked at number 2 on the Top R&B/Hip-Hop Albums in the US. Many years after its release, it was hailed as “One of the best classic albums of the lsat decade” by Complex Magazine.

Clipse’s third and final studio album, Til the Casket Drops was released in December 2009. Distributed by the brothers’ own imprint Re-Up Records, it came preceded by the single, Kinda Like a Big Deal, which featured vocals from Kanye West. Speaking of which, the album also included guest appearances from Keri Wilson, Kobe, Nicole Hurst, Kenna, Graph Nobel, Pharrell, among a few others.

Though some criticized its upbeat-ness, Til the Caskey Drops entered the Billboard 200 at number 41, having sold 31,000 copies within the first week; by the end of the first month, over 62,000 copies were sold in the United States.

Since then, Pusha T has also made a name for himself as a solo artist. In the fall of 2011, the rapper released his debut EP titled, Fear of God II: Let Us Pray. Produced by the artist himself with help from Rennard East, Rico Beats, The Neptunes, Shawty Redd, and a few others, the album debuted at number 66 on the Billboard Top 200 and at number 10 on the Top R&B Albums chart. By the second week of release, over 13,000 copies were sold in the US.

A decent effort, Fear of God II: Let Us Pray consisted of twelve titles including: Everything That Glitters, What Dreams Are Made Of, Trouble on My Mind, Changing of the Guards, and Alone in Vegas.

In January 2013, his second mixtape, Wrath of Caine was released via GOOD Music. Produced by The Neptunes, Young Chop, Kanye West, and Jake One, it quickly racked up over 75,000 streams upon being made available online. A promotional piece for his debut album, My Name is My Name, eleven new songs were introduced in the tape including Road Runner, Only You Can Tell It, Re-Up Gang Motivation, I Am Forgiven, and Trust You.

Then in October 2013, Pusha dropped his long awaited debut album, My Name is My Name via GOOD Music. Met with critical acclaim, the project introduced several hit titles including Hold On, Sweet Serenade, Numbers on the Boards, Let Me Love You, Who I Am, No Regrets, and 40 Acres. Within the first week of release, it had entered the Billboard 200 at number 4 with over 74,000 copies sold.

Not only was the album successful in the United States, but it also enjoyed similar success elsewhere in the UK, Switzerland, France, Denmark, and Belgium. By the end of the year, it had settled at number 49 on the Top R&B Albums chart.

Two years later, the hip hop artist’s second album, King Push – Darkest Before Dawn: The Prelude was made available on December 18, 2015. Supported by three singles, Pusha K enlisted the help of several producers for the project including Puff Daddy, The-Dream, Metro Boomin, Honorable C.N.O.T.E., J. Cole, among others. Another success, the album received much praise for its production and lyricism upon its release.

In the United States, the album peaked at number 20 on the Billboard Top 200 and at number 3 on the Top Hip Hop Albums chart.

On top of what’s been mentioned above, Pusha T has also made several appearances as a featured artist in the works of other acts over the past few years. For instance, he lent his vocals to Kelis’ Good Stuff, Nivea’s Run Away (I Wanna Be with U), The Alchemist’s Lose Your Life, and Kanye West’s Runaway, the last of which went platinum in the US. Some of the other artists that he’s collaborated with include Logic, Zeds Dead, Stromae, Teyana Taylor, Yogi, and Link Park.

Concerts and tours are another major source of income for the rapper. Since his debut, Pusha T has entertained crowds at numerous cities around the world. For instance just last year, he put on over 20 shows from Australia to Canada. More recently this year, the rapper also hit the stage at a few venues in Europe including those in Germany, Denmark, Sweden, Denmark, and the Netherlands.

On Youtube, the rapper presumably also brings in a decent amount from Google ads. Since he launched his channel in 2011, Pusha T has amassed over 71,000 subscribers- as if that’s not impressive enough, his videos have been viewed a total of 30.4 million times! Assuming that he’s paid at least $2 per 1,000 monetized views, he would have already made over $20,000 via the site.

Reiterating what we’ve said earlier, Pusha T currently has an estimated net worth of $15 million. Now that we know more about how his career, we can say with confidence that he probably earned the majority of the figure from his record sales- both his solo works and efforts as Clipse. On top of that, it’s probably safe to say that his income is also supplemented by what he makes from putting on concerts, and displaying ads on his Youtube channel.

No he is not married. Having said that, he recently got engaged to his longtime girlfriend, Virginia Williams on July 21, 2017. Though information on their wedding date have not been revealed, the two are often spotted posing together on social media.

In the past, the rapper was in a relationship with singer-songwriter Fefe Dobson.

Does Pusha T Have Any Children?

No, Pusha T does not have any children that we know of.

Did Pusha T Go to College?

No, the rapper has not gone to college. He presumably went straight into a full-time music career after high school.

Where Did Pusha T Get His Stage Name From?

The rapper’s currently stage name allegedly stems back to his drug dealing days- “Pusha T” comes from the phrase, “Push-a-Ton”

Where Does Pusha T Live? Pictures of Pusha T’s House

Pusha T currently resides in Virginia. Unfortunately, we do not have any further information on his location as he’s never disclosed much to the public.

We do not have any pictures of Pusha T’s house to share with readers at this time.

What Kind of Car Does Pusha T Drive?

For his track, Like I Love You (With Justin Timberlake), the rapper received a Grammy Award nomination for Best Rap/Sung Collaboration in 2003.

Then, a decade later, he received his second and third Grammy Award nomination (e.g. Best Rap Song, Best Rap Performance) for his contributions to the song, Mercy (with Big Sean, 2 Chains, and Kanye West).

Throughout his entire career, Pusha T has easily sold hundreds of thousands of records across the world.

Recently this summer, Pusha T started a college fund for a 6-year-old boy whose anti-gun violence video went viral online. To announce the news, he wrote the young boy a personal letter which he had decorated with hand-drawn pictures on the side.

How Much Did Pusha T Make Last Year?

Unfortunately, we do not have any information on Pusha T’s 2016 earnings at this time.

According to reports, Pusha T is currently putting the final touches on his upcoming album, King Push which is scheduled to be released later this year. Allegedly, in attempts to get it perfect, the rapper had created and scrapped three versions of the album!

As far as public appearances go, he recently made a guest appearance on Gorillza’s final Life is Beautiful 2017 concert.