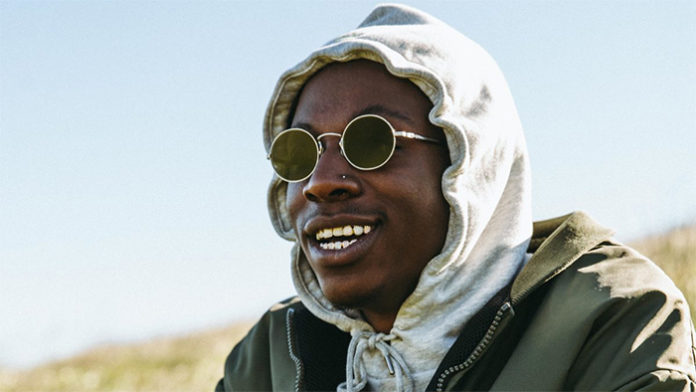 From Brooklyn, New York, Joey Badass officially entered the rap scene with the release of his debut mixtape, 1999 in 2012. Originally interested in acting, he transitioned towards music in his early teens. As it happened, he first gained attention in 2010 after uploading a video of himself onto Youtube.

Eventually signing to Cinematic Music Group, Joey dropped his debut mixtape, 1999 at the age of seventeen. Met with favourable reviews, it ultimately caused his popularity to soar in the underground scene. A year afterwards in 2013, the rapper released his second mixtape, Summer Knights.

Continuing to make himself known in the hip hop circuit, the New Yorker came out with his debut album, B4.DA.$$ in 2015. A chart topper, it effectively brought Joey into the spot light. Most recently this April, the twenty something year old released his second studio album, All-Amerikkkan Bad$$.

With all that he has going for him, one has to wonder- how wealthy is the rapper? According to various sites, Joey Badass has an estimated net worth of $4 million as of 2017. Where did he bank some a considerable amount from? Let’s take a look.

How did Joey Badass Make His Money & Wealth? 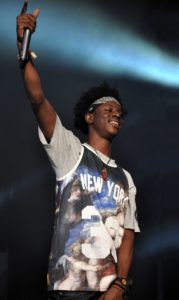 Born on January 20, 1995 in Brooklyn, New York, Joey Badass (Real Name: Jo-Vaughn Virginie Scott) is of Jamaican descent from his father’s side and Caribbean descent from his mother’s side. Raised in the neighbourhood of Bedford-Stuyvesant, he went to school at Edward R. Murrow High School as a teen. Initially interested in acting, it wasn’t until he was in ninth grade that he decided to pursue music- more specifically, rap.

Having said that, he has been writing rhymes since he was eleven years old. Adopting the moniker, “JayOhVee”, he eventually began to get involved with the local rap scene. At the age of fifteen, he received a big break after uploading a free styling video onto Youtube. Quickly reeling in thousands of views, it was soon shared on the hip hop website World Star Hip Hop, where it garnered the attention of Jonny Shipes, the head of the Cinematic Music Group.

Signing to the label, Joey released his debut mixtape titled, 1999 on June 12, 2012. A blend of jazz rap and East Coast hip hop, its collection was handled by Lewis Parker, J Dilla, Lord Finesse, MF Doom, and Knxwledge, among a few others. Upon its release, it garnered stellar reviews from critics, many of whom praised the sound quality. Before long, it was named one of the bet mixtapes of the year by Complex Magazine and HipHopDX.

Preceded by two singles, the project gave rise to fifteen tracks, most of which were based around musical samples. Featuring guest appearances from Pro Era, Kirk Knight, T’Nah Apex, CJ Fly, and Capital STEEZ, some highlights from the track list include, World Domination, Daily Routine, Where It’$ At, Don’t Front, Righteous Mind, and Survival Tactics.

Later that fall, Joey dropped his second mixtape dubbed, Rejex. Made available as a digital download, the project consisted of songs that didn’t quite make it into his debut release (thus it’s name). A fourteen-track tape, it boasted several hits such as That Gusy, Flow-ers, Little Rachel, This Feeling’, Oh Deer, and Pantie Raid. As of 2017, it has been streamed over 70,000 times online.

Then in 2013, the rapper released his third mixtape, Summer Knights. Originally planned as an EP, Joey enlisted the help of The alchemist, DJ Premier, Kirk Knight, MF Doom, and Statik Selektah for its production. Noted for its incorporation of original instrumentals, it gave rise to fifteen titles including Sorry Bonita, Amethyst Rockstar, Trap Door, Right on Time, Death of Yolo, and Sit N Prey. Hailed as one of the best mixtapes of 2013 by XXL, it also received favourable ratings from CMJ, and Spin Magazine.

Two years later on January 20, 2015, his debut album, B4.Da.$$ was released. Upon its release, it entered the Billboard Top 200 at number five with 54,000 copies sold in the first week; eventually, the album also reached the top of the Billboard Independent and Top R&B Albums charts. Accompanied by eight singles, it garnered mostly positive reviews from critics, who described it as being more purposeful than his earlier efforts.

Not only was the album responsible for fifteen new tracks, but it included a few guest appearances from MAverick, Dyemond Lewis, Chronixx, BJ the Chicago Kid, and Raury. Among the titles included in the record were Belly of the Beast, Chris Conscious, Like Me, Save the Children, Curry Children, Black Beetles, and Hazeus View. According to Niel Soundscan, over 227,000 copies have since been sold across the United States.

The rapper’s most recent album, All-Amerikkkan Badass was released on April 7, 2017. Described by Joey as “very strong music”, it spawned three singles, Land of the Free, Temptation, and Devastated, the last of which went gold in the US. An overall success, the general consensus from critics was overwhelmingly positive. Shortly after its release, the record peaked at number five on the Billboard Top 200 with 51,000 copies sold.

As far as its track listing goes, it boasted twelve titles, many of which were collaborations with other acts such as Styles P, J. Cole, Kirk Knight, Nick Caution, Meechy Darko, and Chronixx. Some highlights from the album include, Ring the Alarm, Legendary, Super Predatory, Rockabye Baby, Y U Don’t Love Me?, For MY People, and Land of the Free. As of 2017, more than 81,000 copies have moved in the United States.

On top of all that, Joey has also contributed to the works of many others over the past few years. For instance, he’s collaborated with Casey Veggies, CJ Fly, Smoke DZA, Dyme-A-Duzin, ASAP Rocky, Danny Brown, and Action Bronson, among others. Some of said songs include, Beyond a Reasonable Doubt, Day in the Life, Black & White, We Don’t Wanna Be, World in Your Pocket, and Did U Ever Think.

Since his debut, the rapper has also gone on a few tours, all of which have yielded him a decent amount. Just last year, he performed at over 40 different venues across the United States and Canada, in support of his debut album, B4.Da.$$. As far as recent shows go, he’s already hit up close to 40 cities so far- as of September 2017. According to his official website, his 2017 tour will be continuing until November 18, 2017, where it’s scheduled to end in Finland.

As far as other sources of income goes, the rapper also earns ad revenue from his Youtube account. Since his Vevo channel was first launched in 2012, Joey has amassed over 42,000 subscribers- as of 2017, his videos have been viewed more than 4 million times altogether! Currently, his most popular upload, the official music video for Temptation has been played over 2.1 million times (in just a month’s time).

So, how much has the 22-year-old banked from his videos? According to sources, Vevo’s advertising rates range anywhere from $25 to $35 per 1,000 views- which is significantly higher than what an average Youtube user is able to make via Google’s partnership program.

Aside from his music career (which he is probably best known for), Joey has also acted on a couple of occasions. For instance in 2014, he played the main protagonist in the short film, No Regrets.

More recently, the rapper has been portraying the part of Leon in the drama thriller series, Mr. Robot, starring Rami malek, Carly Chaikin, Portia Doubleday, and Christian Slater. Met with critical acclaim, he will be reprising his role in the third season, which is scheduled to premiere on October 11, 2017.

Currently it is estimated that Joey Badass has a net worth of $4 million. From all that’s been explored above, it’s clear that he has multiple sources of income including what he makes from his record sales, concerts, tours, Youtube channel, and acting gigs. Given that he continues to release new material, it wouldn’t be surprising for the twenty something’s net worth to continue to soar over the next few years.

No, he is not married. The last that we heard however, he was in a relationship with a woman by the name of Indigo- unfortunately, not much is known about her at this time.

It’s unclear whether or not he’s dated anyone in the past.

Does Joey Badass Have Any Children?

No, Joey Badass does not have any children that we know of.

Did Joey Badass Go to College?

No, from what we can gather, Joey Badass did not go to college. Instead, he went straight for a music career upon completing high school.

Where Did Joey Badass Get His Stage Name From?

Originally known as “JayOhVee”, the rapper decided to change his name to what it is today as he felt that the media often focused on artists with “more cynical names.” Allegedly, he chose “Joey Badass” as it “sounded cool at the time.”

Joey Badass currently resides in his hometown of Brooklyn, New York. Unfortunately, we do not have any further details on his location to share at this time as he’s rather tight lipped about his personal life.

We do not have any pictures of Joey Badass’ house to share at this time.

What Kind of Car Does Joey Badass Drive?

Information on Joey Badass’ vehicle is unavailable at this time.

Since he first signed with the Cinematic Music Group in 2010, Joey has released two full length albums, an extended play, three mixtapes, as well as eighteen singles, a number of which have snagged a spot on the music charts.

In 2013, his contributions to hip hop led him to receive a BET Hip Hop Award nomination for Rookie of the Year.

Aside from his burgeoning rap career, the 22-year-old has recently also broke into the television scene, with a recurring role in the thriller series, Mr. Robot, as mentioned above. For all we know, we may just see more of him on the small screen in the near future.

How Much Did Joey Badass Make Last Year?

Unfortunately, we do not have any information on Joey Badass’ 2016 earnings at this time.

As we speak, Joey Badass is currently on a worldwide tour in support of his second studio album, All-Amerikkkan Bada$$ (which was released this past April). For more information on the dates and venues, be sure to check out his official site at theproera.com.