Faze Banks Net Worth 2018 – How Rich is the Pro Gamer Actually? 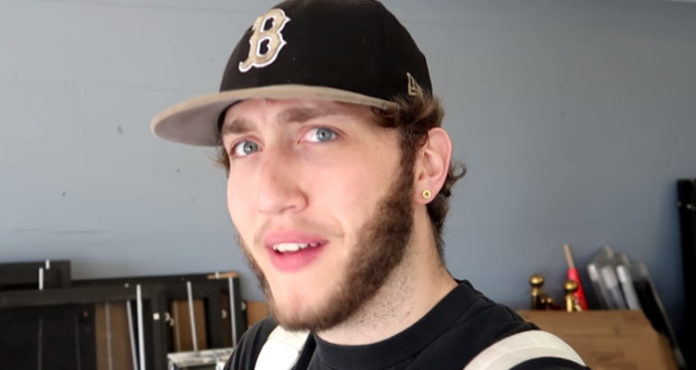 The competitive gaming scene is one of the fastest expanding markets on the internet. What was once viewed as a childish waste of time is now one of the most popular hobbies on earth for young adults. A top level gamer can earn more money that most people earn in the span of several years. Prolific Call of Duty player FaZe Banks realized at a young age he could market himself through gaming, and has gradually built an empire around his clan, FaZeClan. He has additionally built upon his fame in gaming to become a notable Youtuber, streamer, and vlogger.

FaZe Bank’s professional Call of Duty career began in 2013 after he joined FaZe Clan. He gradually worked his way up to a managerial position. The clan is one of the most popular Call of Duty clans and has a large social media presence. Faze Clan has also won thousands of dollars in prize money and is sponsored by some of gaming’s largest brand names. Faze Clan also has players involved in Overwatch and Counter Strike: Global Offensive.

Faze Banks still operates FaZe Clan, although he does not compete as much as he used to. He currently spends the bulk of his time vlogging on Youtube and posting on Instagram. FaZe Banks has 3.5 million subscribers on Youtube and 1.8 million Instagram followers. FaZe clan has 4.5 million subscribers on its official Youtube channel. FaZe Banks’s massive reach on social media provides him with numerous lucrative offers from the most popular gaming brands.

How Did FaZe Banks Earn his Money & Wealth?

FaZe Banks’s real name is Ricky Banks. With a net worth of $2 million, FaZe Bank’s last name is certainly fitting. He was born on October 18th, 1991 in Lawrence, Massachusetts. At age 7, his family moved to Lowell, Massachusetts. Banks would spend most of his young life in the city. No matter where he lived however, Ricky Banks loved to play video games. He spent most of his youth playing games like Halo, Madden, and NHL.

After graduating from high school, FaZe Banks realized that he could make gaming a full time job. At the time, the gamer was particularly immersed in the Call of Duty Franchise. He created his first team, team SoaR prior to joining FaZe Clan. One of his most notable videos from SoaR is his compilation video “SoaRing in Style”. He left SoaR in 2013 to play for FaZe Clan.

At first, FaZe clan focused less on competitive gaming and more on posting Call of Duty compilations and trickshots on YouTube. Clan founded Thomas “Temperrr” Oliveira came up with the idea to have players each contribute their own content to expand the clan’s brand. FaZe Banks was responsible for some of their most popular videos. Other players in the clan also created their own channels and social media accounts under the FaZe name.

FaZe Clan decided to enter the competitive scene in 2012 after the release of Call of Duty: Black Ops 2. While other clan members achieved considerable success from competition, FaZe Banks gradually became more interesting in vlogging and creating a social media presence. Although FaZe Banks is primarily a vlogger, his gaming videos are still some of his most popular videos of all time.

FaZe Banks experienced a massive surge in publicity in late 2017 shortly after he began dating vlogger Alissa Violet. Alissa is popular not only for her videos on Youtube, but also gained notoriety for her relationship with the controversial internet personality Jake Paul. Before making his YouTube debut, Jake Paul was an actor on the Disney show Bizaardvark, and one of the biggest stars on the now obsolete video sharing site Vine. However, his antics resulted in a whirlwind of chaos that dragged in many other internet stars.

Jake Paul and Alissa Violet ended their relationship in February 2017. In June 2017, FaZe Banks and Alissa Violet began dating. The pair seemed to have a deep connection instantly. However, this did not please Jake Paul. According to Alissa Violet, Jake Paul physically and verbally abused her, and even cheated on her. After the breakup, he remained jealous and possessive.

In a video posted on August 18, 2017, Jake Paul accused FaZe Banks of assaulting his assistant Meg. FaZe Banks promptly uploaded a video featuring Alissa Violet claiming to have possibly bumped into her by accident in a club. He nonetheless denied Jake Paul’s outright accusations of beating Meg up. Alissa Violet vouched for him, and also spoke of her past experiences with Jake Paul. Strangely enough, Jake Paul went silent after the video. FaZe Banks received an outpouring of support.

Jake Paul still pushed for evidence of FaZe Bank’s innocence. FaZe Banks uploaded a video response where he stated that he could not release the club footage until receiving a subpoena. According to employees at the club, FaZe Banks did not touch anyone. Although FaZe Banks was able to upload sufficient evidence that he did nothing wrong, Jake Paul nearly sabotaged his career.

In August 2017, FaZe Banks founded CloutGang. CloutGang is a “team” of internet personalities that each post their own content under the CloutGang name. It includes vloggers such as FaZe Banks’s best friend RiceGum, rapper Ugly God, and Alissa Violet. FaZe plans to expand its membership to create a brand.

When his life isn’t overtaken by internet drama, FaZe Banks enjoys a comfortable life in the heart of Los Angeles. He lives in the city with his girlfriend Alissa Violet, whom he has been dating for roughly 4 months. The pair is already extremely close.

In September 2017, FaZe Banks and Alissa Violet moved in the Clout House. The Clout House is a three story, 10,000 square foot home in Los Angeles where members of FaZe Clan and Clout Gang live. The mansion was purchased for an estimated $10,000,000. The home’s exact specifications have not been disclosed, but it clearly has more than enough space for many people to live in. It has a gym, pool, and multiple living rooms.

Best friend and roommate of FaZe Banks, Ricegum, purchased him a Ferrari in August 2017. Before then, FaZe Banks primarily drove a Ford Mustang.