Josh Radnor Net Worth 2018 – How Wealthy is the Actor Now? 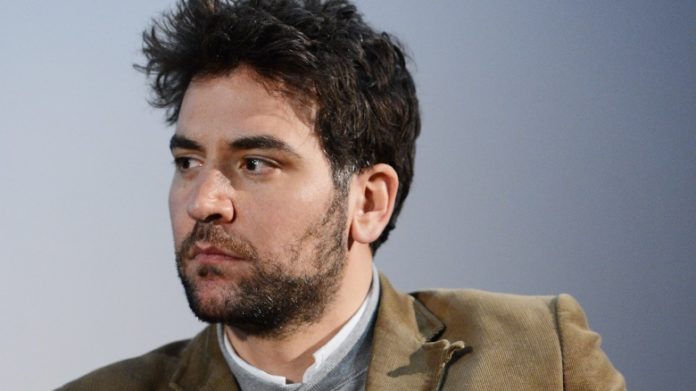 Gotta love the fact that so many sitcom actors show up in other sitcoms, makes this series a lot easier to put together. Sarah Chalke was in Roseanne, Scrubs and How I Met Your Mother, albeit briefly, but ti counts. Today I will be checking out the net worth of Josh Radnor, the star of the show, on paper at the very least, and seeing how he got to where he is today. I’ve watched the show an awful lot, seen it beginning to near end more than twice, and I guess I watched the ending once but that’s less important. It’s great, a defined cast, real sense of progression, for some of them at the very least, and above all else it’s funny. I actually keep forgetting the show has a laugh track when I go back to it, which is a rarity. His on screen career started taking off in the early 2000s, but Josh has been on the stage for far longer than that, and still does a lot of theater work today. Pity it doesn’t pay that well comparatively.

So let’s take a look at the career of Josh Radnor, see where he made most of his money, and see where he might be going in the future.

How Did Josh Radnor Make His Money & Wealth? 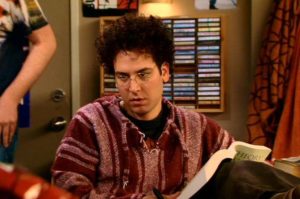 Josh Radnor was born on July 29th 1974 in Columbus Ohio. He studied acting from a young age, and soon pursued it at the collegiate level. He graduated in 1996, with a BA in Drama, and traveled to Israel before pursing his career on television. His early career was a little slow. He worked on the stage in college, but did not make it to Broadway until after he first appeared on TV and Film. A few bit roles raised his profile quickly enough, and in 2005 he won the lead in a new sitcom, How I met your Mother.

I love the show, but there were a number of issues with it. It’s clear now that the writers had an idea of where they were going, a finite end point for the series, which would have paid off quite well had the show finished in it’s fifth season or so, but the fact of the matter is so long as a show is popular, and the actors are willing to continue, it will keep on going. In light of the longevity they were getting I would have thought that the producers would have changed their end goal, but it seems they were too enamored of a cool concept they dreamt up ten years ago to make something more fitting.

Right, that’s out of the way. Josh played Ted Mosby, arguably the lead in the show, and he did it well. Kind, warm, pretentious, romantic, frustrated, a real complex character, and Radnor was more than capable of portraying all side, but he really excelled at the comedy of it all. Of course, he grew up to be Bob Saget, which is a bit weird, but other than a few missteps he was a key part of the proceedings. As the show moved forward it was clear to the producers that they had a real ensemble dark horse in Barney Stinson, played by Neil Patrick Harris, so you’ll notice the show skew more in his direction.

Working on a sitcom is lucrative. It’s one of the best things an actor can do for long term monetary stability, as if it takes off not only is the pay day huge, but if you play your cards right you get a long term cut of the profits, meaning you have money coming in until you die basically. Josh was the lead, so his cut in the beginning was likely the biggest, taking a look at all the information I have would place his season 1 take home at a little over $25,000 per episode. Of course How I Met Your Mother did take off, and by the fifth season it was $120,000 per episode, and by the time the show reached its final season Josh Radnor was making $500,000 per episode. It was during the fifth season that all the principal cast negotiated for a cut of the syndication.

Since How I Met Your Mother ended in 2014 the cast have went on to better things, Josh has started writing and directing his own work, starring in it to. His first flick, Happythankyoumoreplease, was not well received, but his follow up, Liberal Arts, was a minor hit. He is also moving into the music business, collaborated with Australian artist Ben Lee. They are set to release their debut this year. He is also signed on to direct Sci-Fi thriller The Leaves. Overall things are look pretty good for Josh, nice to see as so often actors fall to the wayside when a big sitcom ends. Should be interesting to see where he goes next.

He is not married. He has been romantically linked to a number of women, most recently Minka Kelly, but the couple split early this year.

Is Josh Radnor a musician?

Well I know he’s a lyric baritone and he has a record on the way, so I’d have to say yes. I do not know if he plays anything besides his voice, but it as least interesting that he has music on the way.

Has Josh Radnor won any awards?

His feature debut, Happythankyoumoreplease, won the audience Award at the Sundance Film Festival.

Where is Josh Radnor from?

Josh Radnor is from Columbus Ohio, but he grew up in Bexley, a smaller City outside Columbus.

Did Josh Radnor not know who Katy Perry was before her appearance on How I met Your Mother?

Apparently not. Neil Patrick Harris, who played Barney on the show, is quotes saying that it was Josh Radnor’s seriousness, and work ethic, that really held the show together, He lived and breathed what he as doing, and when Perry came on for rehearsals he asked Neil, aside of course, who she was.