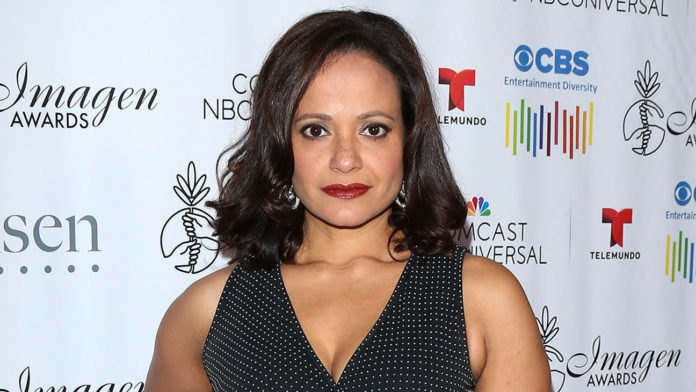 Another key player on Scrubs, and another one labeled a regular, rather than a star. Judy Reyes is best known for playing Carla Espinosa, the perennial fixer of problems for the characters on the show, much to their ire. She brought some much needed balance to the cast, acting as the straight man much of the time, while still getting a number of high point jokes for herself. Judy has been doing well since the show went off the air, with not one, but two main parts in long-ish running shows under her belt, and a fair number of appearances elsewhere as well. Her lower rank on the cast of Scrubs, and the fact that her career prior to Scrubs were little more than bit parts on a few TV shows means that she is not worth quite as much as her former co-stars, but she has made a commendable sum, and looking forward it seems likely that she will be making a lot more.

So let;s dive right in, take a long look at Judy Reyes career, see which jobs paid the best, and take a brief look at where she might be going in the future.

How Did Judy Reyes Make Her Money & Wealth? 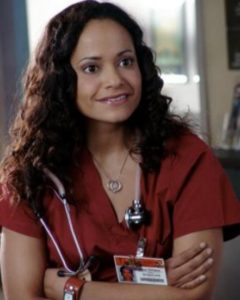 Judy Reyes was born on November 5th 1967 in The Bronx New York. Her parents are Dominican and she has a twin sister, who herself appeared in an episode of Law and Order. I tend to find with actors who have twins that it eventually gets used in whatever show they are on, real shame they never used Joselin Reyes on Scrubs, missed opportunity there. She attended Hunter College, where she began her acting career.

Reyes’ early career was much like any other TV actors’. a few guest starring roles in hit TV shows, raising her profile, and thus her paycheck, a little at a time. Guest stars on big budget shows tend to make in the ten thousand range, though that really depends on the part and the role, with a number of bigger names on bigger shows hitting $30,000+ for guest starring. By the end of the nineties she had made a name for herself as a dependable performer with good range, and in the early 2000s she landed the role she is still most associated with, that of Carla Espinosa on Scrubs.

I have made no secret of my love of Scrubs. I watched it a lot growing up, and still do a rewatch every few years. Judy was perfect in the part, and her aforementioned sister was a nurse in real life too lending a sense of reality to the character. She was not quite as laugh out loud funny as Braff or Chalke, but she had her moments. More of a foil to the rest of the characters, and without her many of the jokes would have fallen flat. She left the show before the end of the run, in season 8, and had only a minor mention in the season we don’t talk about.

Working on a sitcom is a real boon to an actors long term salary, as in many cases actors receive checks for their performance long after the show has run its course. I cannot say for sure that Reyes is still getting checks, but I imagine she is. in addition, when sitcoms get popular the actors salary gets huge on a per episode basis. Not quite film huge, but by the standards of other shows it’s a lot. Early on we can say with safety that per episode Reyes would have been getting little more than $10,000 per episode, but as the show gained in popularity, and the seasons kept coming, it is likely she was close to the $200,000 per episode mark. Not quite as much as her co stars, but then her character clearly had trapdoors should she try to press her luck. Overall a nice nest egg, and it gives us a clear understanding of the basis for her wealth.

Reyes’ career post Scrubs has been fantastic, certainly up there with McGinley and Faison’s. She landed a role in another show only a few years later, Marc Cherry’s Devious Maids. She played Zoila Diaz, a major recurring character appearing in all but one episode. It’s a great show, but the fact that it ended on a cliffhanger makes it hard to recommend. Most recently she landed a major recurring role in Claws on TNT. She plays Quiet Ann in the Drama, an openly lesbian look out and door-person for a nail saloon who have started laundering money. Interesting concept, and it has been renewed for a second season.

Overall it is easy to see where Reyes made her money, and the fact that she is still getting major roles proves that the figure can only get bigger.

She is not. She was married to Edwin M. Figueroa for eleven years. She has been in a long term relationship with George Valencia, and the couple have one child. George was a writer and director, but his last credit was in 2010. Their daughter is called Leila Rey Valencia, born on November 27th 2009.

Where is Judy Reyes from?

She was born in New York, and grew up in The Bronx. Her parents are Dominican.

Why was Carla sitting down for most of Scrubs season 6?

Judy had broken her hip, and so the shoot had to work around that. Interestingly she had a broken hip during the shooting of My Musical, and if you remember there was a tango scene in that one. Turns out the musical number Dominican was shot several weeks later, after Judy Reyes had healed.