The Best Gaming Routers of 2018 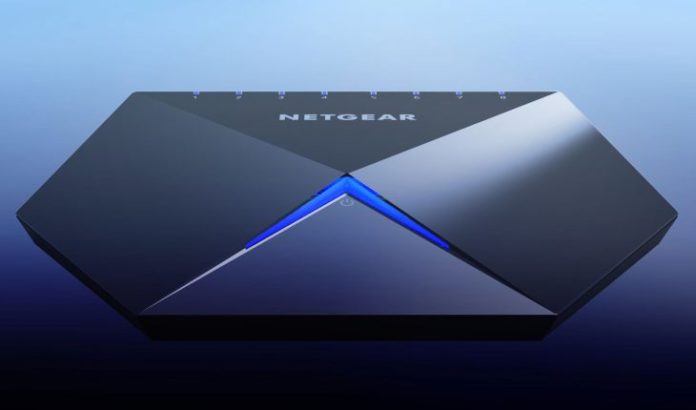 One of the most frustrating things for a gamer, and this is speaking from experience, is suddenly having your ping shoot up to 200+ when it was comfortably sitting at 40 or 50. It’s just one of those things that seems unavoidable as a gamer. However, an ounce of prevention is worth a pound of cure, and these routers are some of the best gaming routers on the market. These are all oriented towards gamers, which means that they need to have some sort of special function to ease latency/ping during critical moments, as well as a high transfer speed. Read on to find out more about what you can do to secure all your frags for all the noobs.

The EXO AC2600 by D-Link is a fair and moderately priced router, coming in at only $129.99 on Amazon. The 2600 stands for the number of megabits it can handle, and since it’s a dual band (nearly every router on this list is going to be at least dual or tri band), the total is split between two channels. On the 2.4Ghz channel, it can handle upwards of 800 megabits per second, but on the 5Ghz channel, it can handle a total of 1733 megabits per second. The EXO AC2600 is also equipped with a dual core processor, which is great for intelligent routing and reducing any unwanted lag or latency if you’re connected with several other users on the network.

The D-Link EXO AC2600 also comes equipped with Multi-User MIMO technology, which stands for Multiple Input Multiple Output. Essentially, this means that the router will create routing channels that share any of the same connection. For example, if you and two friends are playing Counter Strike together online, your connection will be better with a MIMO-equipped router than without one. This router also comes with two USB ports, one USB 2.0 and one USB 3.0, which are capable of hosting a hard drive/thumb drive on a network. It also has Smart Beam technology, which will help to “home in” on your device and create a stronger signal over time.

The Linksys WRT32X is a bit of a beefier router, but should definitely be a gamer’s first choice. This router is on the higher end of the cost scale, costing around $299.99 from Amazon. However, you get what you pay for and then some – this router can handle a total of 3200 megabits of speed, or 3.2 gigabits. It comes equipped with tri band, and is all powered by a 1.8Ghz dual core. This is the essential router for LAN parties. The WRT32X has a special feature where it can synchronize with Killer-enabled computers, which includes brands like Alienware, Gigabyte, MSI and Razer.

The Linksys WRT32X is also equipped with a few features and functions that are primarily aimed towards gamers. One such feature is the Killer Prioritization Engine, which promises to reduce your peak ping (or highest latency, in other words) by 77%. The example they give was reducing a ping from 74 milliseconds (ms) to 17 ms when using the program. This works by monitoring a connection and keeping track of how frequently data is being requested along this connection. To return to the above example of playing Counter Strike with a couple friends, you can rely on having extremely low ping, even if people on the same network are watching Netflix or illegally pirating.

The first NETGEAR router on the list, the X4S is actually a family of routers. The AC2600 will be the one focused on, but other models available start at AC1750 and climb towards AC3200. The number followed by AC just determines how many megabits it can handle; at the 3000 level, you start to receive tri band. With that said, the AC2600 is the most fairly priced Netgear Nighthawk router in proportion to the amount of routing power you receive. The AC2060 is equipped with your standard dual band 2600 connection, running 900 megabits on the 2.4Ghz frequency and 1700 megabits on the 5GHz frequency. The price is in the middle of the road for this list of routers, and is priced at $229.99 from Amazon.

I’ve always found that the Netgear Nighthawk family is one of the most media-friendly routers, which can make it great for LAN parties. It comes equipped with two USB 3.0 ports, as well as a special eSATA port that few routers on this list have. The eSATA port allowed for an external drive to be plugged in and run at normal SATA speeds, which is great for hosting files on the network. In terms of routing power for gaming, the X4S is equipped with an extremely powerful 1.7GHz dual core processor, as well as MU-MIMO technology. This router also has incredibly large range, thanks to the ridiculous size of the antennae, which makes it a gamer’s dream router. It comes pre-set with a QoS ruleset (quality of service), which prioritizes gaming over streaming over internet usage over downloading, all right out of the box!

The ASUS RT-AC5300 may be the beefiest router on this list, and it comes in with the highest price tag too. For a whopping $320.99, all the routing power you could ever desire can be yours. Capable of handling a whopping 5.3 gigabits, the RT-AC5300 comes equipped with tri band technology. However, instead of a third band with higher connection speed, the two 5GHz bands run at 900 megabits per second, leaving the other two channels with 2200 megabits per second on each connection. This is amazing for gaming on one connection and streaming/downloading on the other. In addition, the router is also equipped with MU-MIMo technology.

The RT-AC5300 promises that it can cover up to 5,000 square feet, with almost no limit on the number of devices. This is definitely a gamer’s router, as it has built-in access to a global private network. This GPN is named WTFast Gamers Private Network, which are a series of dedicated routes that connect to specific game servers in the fastest way possible. J.D. Power itself ranked the router as “Most Powerful Gaming Router” for 2016. The RT-AC5300 also comes with ASUS’s proprietary Smart Connect, which helps to ensure the bandwidth is consistent by dynamically switching devices between the 2.4 GHz and 5 GHz channels, based on speed, load and signal strength. If you’re looking to host three LAN parties at once, this definitely needs to be your router of choice.

As a small aside, ASUS is one of the only brands out there to create a gaming-centric repeater/range extender. Refer to the ASUS AC1900 Repeater Range Extender Media Bridge Access point, which is a great gaming alternative to mesh networks like Google’s Wi-Fi Bridge system. However, this is a very costly upgrade, as each repeater unit runs around $167.49.

For gamers trying to get a router on a budget, the TP-Link Archer C5 is the perfect gaming router for a dorm or small apartment. Powered with a 300 megabit 2.4GHz channel and an 867 megabit 5GHz channel, this is one of the most affordable routers with a dual band solution. It also comes equipped with two USB 2.0 ports, which are capable of streaming media across a network. This router is priced at $46.30 from Amazon, which is a fair price for a little router that packs quite the punch. The Archer C5 is capable of handling Quality of Service rulesets, which can be one of the most important things for a steady gaming connection.

Since the router is so cheap, there really aren’t many bells and whistles. However, every gamer needs to start somewhere, and this is a great temporary solution until you can upgrade to a better router. The TP-Link Tether app allows for a user to remotely access their home network and configure its settings, as well as reboot it remotely. TP-Link is also great with customer service, and has 24/7 technical support available for assistance with setup and configuration.

Even though the Archer C5 is cheap, it’s not to be overlooked – for the bundle price of $86.29, you can get a TP-Link DOCSIS 3.0 modem as well, which can save you a ton of money in rental fees from your ISP.

The last router on this list, and also aimed towards the budget-minded gamer, is the Medialink AC1200. This router is much like the TP-Link Archer C5, as it has no special bells or whistles. However, it does have a gigabit connection speed on the 5GHz channel (with the remaining 200 megabits available on the 2.4GHz channel). This router comes in at $59.99, which is a whole world cheaper than some of the other router son this list. The AC1200 is also a great investment for those who are just getting their feet wet with a powerful router for gaming, or those who need a temporary solution.

The Medialink AC1200 is equipped with beam-forming technology, which (as mentioned above) helps to focus on your device to deliver the strongest signal. The router also promises full control over it, which includes the hardware as well – should you choose, you could easily overclock the 1.1GHz dual core on this router. The AC1200 can also work as a repeater/range extender, and is even compatible with non-Medialink products. For a low price, you certainly get a powerful little package with the Medialink AC1200.