Lindsey Stirling Net Worth 2018 – How Rich is the Violinist?

Lindsey Stirling is best known for her electronic violin playing and feverish dancing. The Mormon girl was discovered on YouTube in 2007. She is famous for doing what is essentially performance art with the violin, performing both cover songs and originals for her ecstatic fans. Lindsey has played with major acts such as Pentatonix and has worked with Lady Gaga’s manager. Let’s see how she is made her money in the face of childhood poverty, and an eating disorder, as well as harsh criticism along the way.

How Did Lindsey Stirling Make Her Money & Wealth? 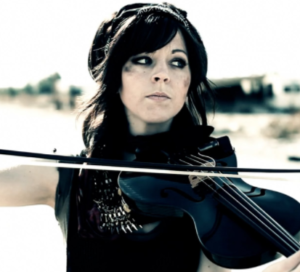 Lindsey Stirling was born on September 21, 1986, in Gilbert Arizona. She did not come from money. She told her parents that she wanted to start violin lessons and dance lessons at the age of five. Since they were crunched for money, they need to get inventive. Lindsey’s parents found an instructor who would do 15-minute lessons, despite saying that the five-year-old would not be able to learn in that short time per week. Lindsay was ready to prove them wrong.

Lindsey attended Greenfield Junior High School in Gilbert Arizona. At 16, she went to Mesquite High School. Getting bored with the traditional violin music, Lindsey joined a rock band called Stomp the Melvin with three of her friends. Being in this rock band inspired Lindsey to write her own violent rock song to be performed solo. She played the song at the Arizona Junior Miss Competition. She won the State Title, as well as the Spirit Award when she attended the national finals competition. There is a video of it floating around on YouTube should you choose to indulge.

Lindsey decided to go to Brigham Young University for film school. In 2007, she began her first YouTube channel called Lindseystomp. On it, she recorded her first popular video which was a cover of Pump It Up by the Black-Eyed Peas.

From 2008 to 2009, since he took a break from her studies to do some missionary work in New York City with her church. When she returned, she changed her major to therapeutic recreation. She still has to perform her internship and has not yet graduated. As she attended school, Lindsey Stirling attended tryouts for America’s Got talent and still went to classes and her job. She managed to fool everyone she knew for eight months as she went out to tryouts and came back as if nothing happened. She was forced to live this double life due to the nondisclosure agreement.

While she was on America’s Got Talent, she did well in Las Vegas. She is well-liked by the judges and her fans. Lindsey Stirling was characterized as a dance act instead of the musician, which could’ve hurt her in the long run. Lindsey ended up being eliminated from the competition. She wrote in her blog that she was publicly ripped apart by the judges, and she did not gain enough votes from the public in order to progress to the next stage. She wrote about her experiences and reminded herself that the most important thing was that she was supported by her family. Sharon Osbourne even told her that she would never be good enough to fill a theater in Vegas. In contrast, her uniqueness is what makes her a good artist so is a blessing for Lindsey Stirling not to go mainstream. She’s been told by many people that her talents are unmarketable, and she keeps proving them wrong.

Lindsey Stirling ended up signing with Troy Carter, who was the manager for Lady Gaga, in 2013, despite previously refusing to sign with other record producers. At this point, she built up her YouTube channel and put out her first album which was called Lindsey Stirling. In 2012, her video Crystallize tops 42 million views on YouTube. From 2013 to 2014, Lindsey went on her first world tour and released her second studio album called Shatter Me. She did a duet with acapella band Pentatonix where they covered Radioactive by Imagine Dragons. This is won the Response of the Year Award at the YouTube Music Awards.

Since 2015, Lindsey Stirling has been very busy. She got onto the Forbes 3030 list. Two of her albums made the top of Billboards top dance/electronic albums list. In 2016, Lindsey released her autobiography entitled the Pirate at the Party. She also came out with her third studio album which is called Brave Enough.In the fall of 2017, it was announced that Lindsey Stirling will perform on Dancing with the Stars. 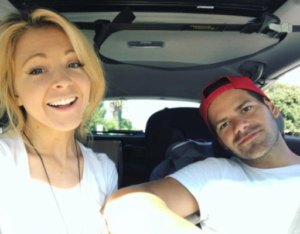 From 2012 to 2013, Lindsey Stirling dated her cinematographer Devon Graham. This was the first person that she collaborated with on her YouTube channel. Both of them went to the same church, as well as Brigham Young University. Since their breakup, they have stopped both their personal and professional relationship. Since then, Lindsey has concentrated on her career. She began dating a man named Ryan in 2016. She credited him on Twitter for teaching her about service, and how not to dance. The two have only been dating for a year, and are not yet married.

Lindsey Stirling is estimated to have earned about $6 million in the past year between her YouTube channel, her audio biography release, as well as her album sales and her tour tickets.

How much money does she make per day?

Lindsey is thought to earn about $3000 per day from YouTube ad revenue alone. She could easily pay all of my bills for the year in the course of just one month. I’m not saying that she should start a GoFundMe for me but it would be nice.That’s not including what she makes from other avenues such as her book, or tour dates. 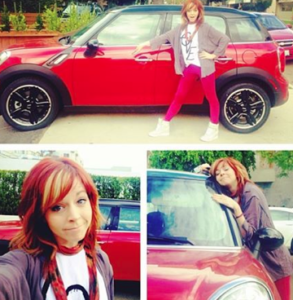 Lindsey Stirling seems to be a private person, and not much is known about her house or her car. I was unable to find a picture of it at all. It is rumored on the Internet instead Lindsey drives a simple Toyota Echo.There are pictures of her posing with a gorgeous cherry-red Mini Cooper, but it appears that Lindsey Stirling just rented that car to get around LA during her tour.

Since Lindsey Stirling is a devout Mormon, she supports many charities. In 2013, she started a 60-day fundraiser that would benefit the Atlanta Music Project. She decided to sell limited-edition Power of Music T-shirts, and all of the profits went straight to the Atlanta Music Project. She promoted this campaign via her YouTube channel. In 2015, Lindsey Stirling performed at a free charity show in Philadelphia for the Forbes 30 under 30 Music Festival. All of the proceeds from the show went to the charity Global Citizen, which aims to end extreme global poverty. Lindsey Stirling is going to participate in an event called One Night One Drop which is produced by Cirque du Soleil and goes to support One Drop, which provides access to safe water on an international basis.

Lindsey has accomplished much in her young life. She taught herself how to play the violin despite early challenges, and now she can do it while dancing as well which is no easy feat. She beat the odds by staying unique and true to herself and succeeding in spite of other people’s comments and negativity. She brought her YouTube channel from zero to millions of subscribers and was able to earn her wealth from that. In the process, she got to work with many famous people, such as John Legend and Pentatonix. Her albums have been certified gold and platinum despite existing at a time when album sales are hard to come by. Lindsey has published her own autobiography and finally graduated as of 2015 with a Bachelor of Science in Recreation Management.

Lindsey Stirling has publicly battled with an eating disorder. She has long suffered from anorexia. Her song Shatter Me is about her struggle to overcome that demon.