Luis Fonsi Net Worth 2018 – How Wealthy is the Puerto Rican Singer? 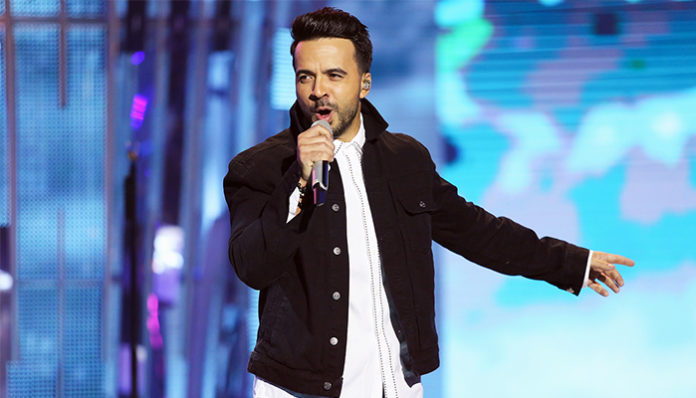 Based in Puerto Rico, Luis Fonsi recently came into the spotlight with the release of his hit single, Despacito. A former music student at Florida State University, he has been singing ever since his early childhood. Ultimately, it was during his college days that he managed to score a music deal with Universal Music Latin.

At the age of twenty, Fonsi released his first studio album titled, Comenzare (I Will Begin). Not only was it an instant hit in his native Puerto Rico, but it also garnered him much attention across Latin America. His second album, Eterno was made available two years later in the summer of 2000.

Since then, the singer has come out with a number of hits including, No Me Doe For Vencido, Aqui Estoy Yo, Claridad, Corazon En La Maleta, and Gritar. Most recently this year, he hit it big with the release of the multi-platinum single, Despacito (as mentioned earlier).

How wealthy is the Puerto Rican artist? According to sources, Luis Fonsi currently has an estimated net worth of $10 million. Where did this fortune of his come from? Let’s take a look, shall we?

How did Luis Fonsi Make His Money & Wealth? 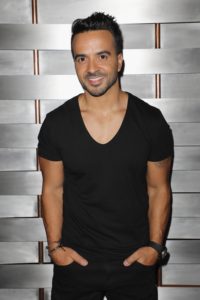 Born on April 15, 1978 in San Juan, Puerto Rico, Luis Fois is the son of Della Lopez-Cepero and Alfonso Rodriguez; the oldest out of four children, he has three younger siblings, Ramon, Tatiana, and Jean. Ever since he was a young child, he showed an interest in music- for instance, he often imitated the works of Menudo, a popular Puerto Rican boy band as boy.

Eventually deciding to go to the United States, he travelled to Orlando, Florida, where he successfully mastered the English language as a teen. A student at Dr. Phillips High School, he was a member of “Big Guys”- a group that often sang together at various festivals and school parties (one of the members eventually joined the popular boy band, NYSYNC).

After completing high school, Fois went to Florida State University on a full scholarship where he majored in vocal performance. An active music student, he not only participated in the school choir, but was also a member of the city of Birmingham Symphony Orchestra with whom he performed on stage several times. From there, he had the opportunity to record a few demo tapes in Miami, which later resulted in a music deal with Universal Music Latin.

On September 15, 1998, Fonsi released his first studio album titled, Comenzare. A Spanish project, it contained ten pop tracks including Yo Front Al Amor, Tu Calor, Ya No Se Querer, Si Tu Quisieras, Perdoname, and Me Ire. Supported by four singles, the album quickly became a huge hit across Latin America, peaking at number 27 on the Billboard Top Latin Albums chart. In support of his debut effort, the singer also embarked on a Comenzare Tour, which continued until 1999.

His next full length project, Eterno was made available on June 20, 2000. Preceded by the number one hit, Imaginame Sin Ti, the tracklist boasted thirteen titles including Love Me or Let Me Go, Imagine Me Without You, Te Vuelvo a Encontrar, No Te Cambio for Ninguna, and Mi Sueno. A solid release, reviews for the album were generally positive. Within a month’s time, it had sold over 100,000 copies, earning it platinum (Latin) status from the RIAA.

Continuing to put out new material, he dropped his third album, Amor Secreto on March 12, 2002. A bend of R&B and Latin Pop, the project’s production was handled by Harvey Mason Jr., Dow Brian, Jonas Said, Johan Aberg, and Mario Patino, among a few others. Recorded at a few studios in LA, Miami, New York, and Stockholm, the record gave rise to twelve titles- including Quisiera Power Olvidarme de Ti, Te Vas, and Amor Secreto, all of which were later released as singles.

Fonsi’s third consecutive platinum album, Amor Secreto eventually peaked at number 109 on the Billboard Top 200, and at number 1 on both the Top Latin Albums and Pop Albums charts.

His next big release, came in the form of the 2003 album, Abrazar la Vida. His fifth record with Universal Music Latino, it came with twelve cuts including Pop Ti Podria Morir, Yo, Viviendo en el Ayer, Se Supone, Aligeme, and Extrano Sentimiento; also included in its tracklist was a duet with Christina Valemi, La Fuerza de Mi Corazon.

Met with decent reviews, the album once again managed to snag a spot on the Billboard Top 200, where it peaked at number 138. In addition to that, it also peaked at number 3 on the Latin and Pop Album record charts. Three years after its release in December 2003, Abrazar la Vida was certified platinum after selling over 100,000 copies.

In 2005, the Puerto Rican singer released his sixth album, Paso a Paso. More “rock” compared to his previous efforts, it peaked at number 62 on the Billboard Top 200, and at number two on the Latin Pop and Top Latin Albums charts in the United States. Some highlights from the project include, Estoy Peridido, For Una Mujer, Me lo Dice el Alma, and Nada Es Para Siempre, the last of which became a chart topper on Billboard.

After a three-year-long break, he returned with the album, Palabras del Silencio. His most successful record to date, it entered the Billboard Top 200 at number 15, with approximately 30,000 sales in the first week. Nominated for a Grammy Award for Best Latin Pop Album in 2009, it included two collaborations- a duet with Laura Pausini (Todo Vuelve A Emperor) and a joint venture with David Bisbal, Noel Schajris, and Aleks Syntek (Aqui Estoy Yo).

Given stellar reviews, the album eventually also charted in Spain and Mexico, were it reached number 2 and number 10 respectively. As of 2017, Palabras del Silence  has been certified platinum (Latin) by the RIAA.

Then in 2011, he released his seventh album, Tierra Firme. Produced by himself and Lee Levin, Armando Avila, Dan Warner, Sebastian Krys, and Sam Watters, the project was recorded in two studios in Miami, Florida. Accompanied by four charting singles, the 15-track album charted on the Billboard Top 200 at number 56 and on the Latin Pop Albums and Top Latin Albums charts at number 1.

His latest album, 8 was released three years ago in 2014. Though not as successful as his earlier works per se, it did peak at number 60 on the Billboard Top 200 and at number 2 on the Top Latin Albums chart; outside of the United States, the album also charted at number 4 in Spain. As far as its track listing goes, one of its songs, Llegaste Tu, a collaboration with Juan Luis Guerra, was dedicated to his daughter, Mikaela.

In addition to the albums mentioned above, Fonsi has also released a handful of compilation albums over the years including Exits 98:06, 6 Super Hits, Romances, 2En1, and Despacito & Mis Grandes Exitos.

But that’s not all- just this January, he garnered widespread fame with the release of his hit single, Despacito. A collaboration with Daddy Yankee, the reggaeton-pop song won countless awards including four Latin Grammy Awards which are currently still pending. In the United States, the track entered the Hot Latin Songs at number two, with 11,000 downloads in just a few day’s time. To date, it remains to be Fonsi’s highest-charting single.

Since his debut in the late 90’s, Fonsi has also been touring regularly in support of his albums. Some of his past tours include the Somos Uno Tour, a Tierra Firme Tour, a Palabras del Silence Tour, and a Paso a Paso Tour.

In fact, the Puerto Rican singer is currently on tour as we speak- since July 2017, he has been on the road for his Love + Dance World Tour. Held in support of his single, Despacito, the tour will continue until November 19, 2017, where it’s set to end in Moscow, Russia.

Currently it is estimated that Luis Fonsi has a net worth of $10 million. Where did he make this money from? From everything that’s been said above, the answer seems obvious- his record sales and tours!

Yes, the singer is currently married to Spanish model, Agueda Lopez. After three years of living together, they tied the knot on September 10, 2014.

Previous to this, Fonsi was married to actress Adamari Lopez, whom he had originally met back in 2003. After seven years of marriage, the two divorced in November 2010.

Does Luis Fonsi Have Any Children?

Yes, he has two children with his current wife, Agueda Lopez- their first child, Mikaela was born in 2011; their second child, Rucco was born in 2016.

Did Luis Fonsi Go to College?

Yes he did. Upon graduating from high school, the singer went to Florida State University on a full scholarship where he majored in Vocal Performance. As mentioned earlier, it was around that time that he managed to land himself a recording contract.

Is Luis Fonsi his Real Name?

No, Luis Fonsi is his stage name. His birth name is Luis Alfonso Rodriguez Lopez-Cepero.

Where Does Luis Fonsi Live? Pictures of Luis Fonsi’s House

Luis Fonsi currently resides with his family in Florida. Unfortunately, details on his home have never been revealed to the public.

We do not have any pictures of his house to share at this time.

What Kind of Car Does Luis Fonsi Drive?

As of 2017, he has released eight studio albums, two compilation albums, and twenty six singles, many of which have earned RIAA certification.

How Much Did Luis Fonsi Make Last Year?

We do not have any information on Luis Fonsi’s 2016 earnings at this time.

As previously mentioned, the artist is currently on the road for his Love + Dance World Tour, which kicked off on July 1, 2017 in Spain. According to his official website, the worldwide event will be continuing until November 19, 2017.