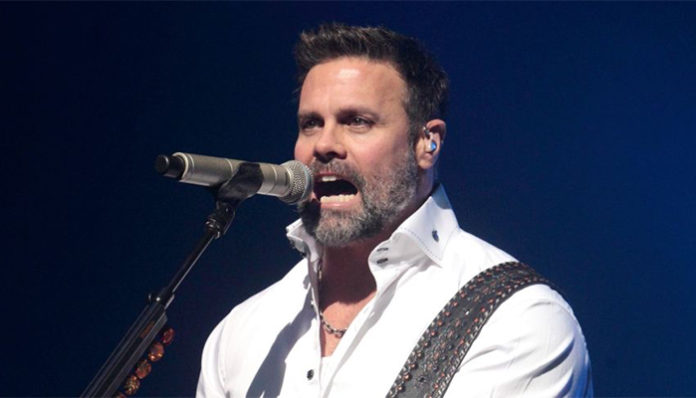 Troy Gentry was best known for being a member of the country music duo, Montgomery Gentry. A native of Kentucky, he first got involved with music as a young teen during the early 90’s. Alongside Edward and John Montgomery, he performed with the band, Early Tymz, which was later renamed as Young Country, for a few years.

After a period of going solo, Gentry reunited with Edward in his thirties to form a duo called, Deuce. Following a number of performances, the two decided to change their name to Montgomery Gentry. Soon afterwards, they landed a record deal with Columbia Records, which marked the beginning of their music career.

Later that year, the two released their debut album titled, Tattoos & Scars. Nothing short of a success, it eventually went platinum after charting in the US. Since then, Montgomery Gentry has come out with several other titles including Carrying On, My Town, Some People Change, You Do Your Thing, Back When I Knew it All, and Rebels on the Run.

Tragically, Gentry died in a helicopter crash earlier this fall while en route to a concert in New Jersey. At the time of his death, the artist was said to have an estimated net worth of $10 million.

How did Troy Gentry Make His Money & Wealth? 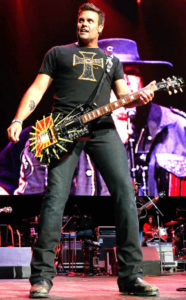 Born on April 5, 1967 in Lexington, Kentucky, Troy Gentry is the son of Lloyd and Patricia Gentry; he has a brother named Keith. Following his high school graduation, he studied at Lexington Community College briefly before transferring to the University of Kentucky. Having been fond of music ever since his teens, he was eventually invited to join a band called Early Tymz by Gerald Edward and John Michael Montgomery in 1990.

Breaking up and regrouping, the trio later performed under a new name, Young Country, with John as their lead vocalist. Though they performed together for while, said singer eventually left to pursue a solo career; in response, Gentry also decided to go solo. In 1994, he won the Jim Bean National Talent Competition, which led him to have the opportunity to open for Tracy Byrd and Patty Loveless.

Despite this, he was unable to land himself a record deal. As a result, Gentry decided to reunite with Edward Montgomery, with whom he formed a new music duo called Deuce. After a while of playing at local night clubs, the two decided to change their name to what it is today, Montgomery Gentry. Shortly afterwards in 1999, they successfully signed a music contract with the Nashville-based Columbia Records.

On April 6, 1999, the pair released their debut album titled, Tattoos & Scars. Recorded between a few months, the country project consisted of eleven country tracks, all of which were produced by Joe Scaife. Some highlights from the playlist include, All Night Long, Daddy Won’t Sell the Farm, If a Broken Heart Could Kill, Didn’t Your Mama Tell Ya, and Self Made Man.

Met with widespread acclaim, the album ended up peaking at number 10 on the Billboard Top Country Albums chart and at number 131 on the Billboard 200; across the border in Canada, it also reached number 4 on the RPM Country Albums chart. Supported by five singles, one of which became a top five hit (e.g. Lonely and Gone), it eventually went platinum in the United States after selling over a million copies.

Two years later, they dropped their second album, Carrying On. Another collaboration with music producer Joe Scaife, the project gave rise to twelve tracks including While the World Goes Down the Drain, Too Hard to Handle…Too Free to Hold, Tried and True, I’m a Rambling Man, and Cold One Comin’ On. Well received, the album eventually reached number 6 on the Top Country Albums chart and number 49 on the Billboard Top 200.

Though it only produced two singles, one of them- She Couldn’t Change Me eventually peaked at number two on the Hot Country Songs chart. Within a year, the album had received gold ceritfication in the US, making it the duo’s second RIAA certified record.

Their third album, My Town was released on August 27, 2002. Their best-performing album to date, it spawned three consecutive top five hits- Hell Yeah, My Town, and Speed. A strong followup to their previous efforts, it contained a total of twelve new tracks including Lie Before You Leave, Why Do I Feel Like Running, Bad for Good, Good Clean Fun, For the Money, Free Fall, and Scarecrow.

On the record charts, My Town peaked at number 26 on the Billboard Top 200 and at number 3 on the Top Country Albums chart. By March 2004, the album had gone platinum with over one million sales across the United States.

Continuing to dish out new material, Montgomery Gentry’s next album, Some People Change was made available on October 24, 2006. Preceded by the single, Some People Change, its production was handled by a handful of talents including Rivers Rutherford, Mark Wright, Jeffrey Steele, and the duo themselves. A twelve-song project, it contained many tracks including Redder Than That, Twenty Years Ago, What Do Ya Think About That, If You Wanna Keep an Angel, and Free Ride in the Fast Lane.

Another hit, Some People Change soared to number 5 on the Top Country Albums chart and to number 23 on the Billboard 200. Since then, the album has received gold accreditation from the RIAA.

Their last album of the 2000’s, Back When I Knew it All was released on June 10, 2008. Led by the single of the same name, its production was done entirely by Blake Chancey. Featuring a couple of guest appearances from Toby Keith and Lillie Mae Rische of Jypsi, the album gave rise to eleven new tracks including Roll with Me, Long Line of Losers, and One in Every Crowd, two of which ended up becoming number one hits.

As far as chart performance goes, Back When I Knew It performed similarly to their earlier titles, peaking at number 3 on the Top Country Albums and at number 20 on the Billboard Top 200.

Following a three-year long break, Montgomery Gentry returned to the spotlight with the release of their next album, Rebels on the Run. Their first record with Average Joe’s, it boasted eleven titles including I Like Those People, Where I Come From, Work Hard Play Harder, So Called Life, Simple Things, and Empty. Supported by two charting singles, the album reached three music charts in the US- the Billboard 200, Top Country Albums, and Top Independent Albums. As of 2015, over 85,000 copies have been sold in the United States.

Their most recent studio album, Folks Like Us was released on June 9, 2015. Distributed via Blaster Records, ten tracks came with the album including the lead single, Folks Like Us, which has since garnered close to one million hits on Youtube. Some of the titles include, Two Old Friends, Pain, We Were Here, In a Small Town, and Back on a Dirt Road, the last of which featured the vocals of Chris Robertson.

In addition to the above studio albums, the Kentucky pair have also released four compilation albums (one of which went gold in the US), as well as an extended play over the years.

Prior to Gentry’s untimely passing, the music duo was also known to have held concerts on a regular basis. From their debut in the late 90’s till now, they’ve easily entertained hundreds of crowds across the world. More recently this year, they were also on a tour when tragedy struck in September.

At the time of his death, Troy Gentry was said to have had an estimated net worth of $10 million. From everything that we’ve said above, it’s clear that he banked most of his earnings from his various ventures with Edward Montgomery. In total, the pair had released five number one hits throughout their career together.

Yes, up until his death, the country artist was married to Angie McClure, whom he had wed in 1999; it was his second marriage.

Does Troy Gentry Have Any Children?

Yes, he had a child with Angie McClure. Their daughter, Kaylee was born in the fall of 2002.

From a previous marriage, Gentry also had a son named Taylor (the identity of his mother has not been revealed).

Did Troy Gentry Go to College?

Yes he did. After graduating from a local high school, he went to Lexington Community College, where he studied briefly before transferring to the University of Kentucky.

Where did the name “Montgomery Gentry” come from?

Up until his death, Troy Gentry resided in Kentucky with his family. Unfortunately, further details of his home and location have not been released to the public.

We do not have any pictures of Troy Gentry’s house to share at this time.

What Kind of Car Did Troy Gentry Drive?

We do not have any information on Troy Gentry’s vehicle at this time.

Throughout his career with Edward Montgomery, the artist released a total of eight studio albums, four compilation albums, an extended play, as well as thirty singles.

Among the countless other nominations that they’ve received, is a Grammy Award nomination for Best Country Vocal Performance by a Duo in 2008.

How Much did Troy Gentry Make Last Year?

Unfortunately, we do not have any information on Troy Gentry’s earnings from 2016.

Tragedy struck on September 8, 2017, when Gentry died from a helicopter crash. At the time, the singer was enrolee to a concert venue in New Jersey, where he was set to perform alongside Edward.

According to preliminary safety reports, both Gentry and the pilot had died after the helicopter struck the ground following a decayed rotor RPM. At this time, the incident is still under investigation.

A public memorial service was held for the late artist on September 14, 2017, in Nashville.

Shortly following his death, it was revealed that the duo had actually recently finished a new album.