Nickleback is the band that everyone loves to hate. They might be the most ridiculed band of the early 2000’s, if not of all time. That doesn’t mean that the rock band’s lead singer and guitarist, Chad Kroeger, didn’t bring in a ton of money off of its fame.  With a true net worth of just over $60 million, or double the GDP of the small island nation of Tuvalu, it looks like Chad is laughing all the way to the bank. People who are claiming to hate Nickleback are still purchasing their music and attending their concerts, or where would all the money be coming from?

How Did Chad Kroeger make His Money & Wealth?

The lead singer of Nickelback was born on November 15, 1974. His hometown is Hanna, Alberta, Canada. His full name is Chad Robert Turton. Since his father left the family when Chad was only two, he began using his mother’s maiden name of Kroeger. Chad began to learn how to play the guitar when he was only 13 years old. The singer honed his voice and guitar playing until he became part of a grunge cover band in the early 1990s. The band was called the Village Idiot, and it involves his family Brandon Kroeger and Mike Kroeger as well as Ryan Peak. The latter two were destined to be part of Nickelback.
In 1995, the Village Idiots, became what is now known as Nickleback which came from the change that Mike gave to customers at his job at a major coffee chain. Before performing their original music, the band started off with covers of songs from groups such as Metallica and Led Zeppelin. With the help of a loan from his stepfather, Chad Kroeger and the rest of nickel back recorded their first demo CD, which at that beam seven tracks of original music. The EP was called hasher, and all the songs on it were written by Chad. They recorded the album in Vancouver Canada and released it in the spring of 1996. The album is apparently so terrible that even Chad Kroeger doesn’t like it. That could be because the band ended up spending almost $2000 of the money that they borrowed from Chad’s stepfather on magic mushrooms.
In 1996, Chad and the band sat down and recorded curbs, which was their first full-length album. Their first single was called fly, and it was on both their original EP and third full-length album. The band went through several drummers at this time. While they were performing shows in Vancouver, they were seen by talent scout Ron Berman, who had listened to the self-released album. He observed that the venue was packed, and he enjoyed their music. He eventually convinced his bosses at the label to allow him to sign and they got a record deal with Roadrunner Records and EMI in 1999.
After some recording, Chad and his bandmates released their first studio album called The State which was released in 2000 in the United States and Canada, and in Europe in 2001. Of the four singles, two of them were top 10 rock hits. The album was able to achieve platinum status in 2008. In 2001, Chad Kroger started a side project band called the Suits XL. This band released an album under the record company called 604 Records that he created the year afterward. Nickelback ended up releasing nine albums overall. The newest one came out in 2017 and is called Feed the Machine. 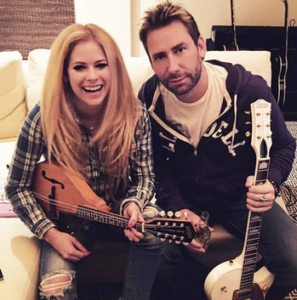 Chad Kroeger was married to Avril Lavigne. He and the punk princess started dating in 2012 after Chad broke up with his ex-girlfriend, Kristin DeWitt. He and his ex-girlfriend were dating for three years before he moved on to Avril. Kristin accused Chad Kroger of cheating on her with Avril over Twitter. That outburst was in response to finding out that the two rock stars were engaged after dating for a mere six months. Avril and Chad met when they got together to pen a song for her upcoming album, and bonded over their commonalities such as being from Canada and having their music ripped apart by the general public. The two were married on Canada Day, which is July 1st, in 2013. After only two years, Avril and Chad split, and their separation was announced via her Instagram account. Chad Kroeger is currently single, and concentrating on making more music with Nickleback.

Chad Kroeger earns about $5 million per year with album sales, live appearances, and concert tickets. That is about $400,000 a month, which is almost enough money to purchase an iPhone 8 for each member of the United States House of Representatives, assuming a bulk discount of course.

The above number equals out to about $14,000, which means that if he wanted to, Chad could pay off the average college student’s semester each day! 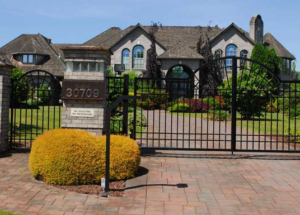 In 2014, Chad Kroeger put his already grand house in Abbotsford, Canada, and traded it in for a newer model in Los Angeles. His old estate in British Columbia had 6 bedrooms, nine bathrooms, and a spiral staircase, which is the main selling point for me. Too bad I don’t have the nine million dollars required to purchase the extravagant home on hand. I could use nine bathrooms, and my own personal theater room, too.

In July of 2015, Chad and his now ex-wife purchased a mansion in Los Angelos for $5.4 million, just to have Chad move out of it when they announced their separation in September of that year. The home, which was over 7,000 square feet, includes 6 bedroom and vaulted ceilings. It seems like Avril got to keep it in the divorce, and if the Nickelback singer has purchased a new place, he did not update the internet. 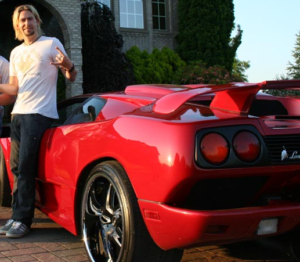 When he was convicted of his DUI, the guitarist was driving a very fancy Lamborghini, which is estimated to be worth almost $200,000. The car was actually so expensive that it took the Canadian police over 2 hours to figure out how to tow the luxury vehicle with damaging it. He was also seen driving a more modest blue sedan to pick up his guitars and other belongings from the mansion he once shared with Avril once the two broke it off.

In 2008, Chad was caught driving drunk and was convicted of a DUI. He also made a splash when he started dating Avril Lavinge, as it was rumored at the time that he left his long-time girlfriend Kristen DeWitt for the pop-punk diva.

Even though his band is the butt of many jokes and memes, Chad Kroeger has managed to keep his sense of humor about the whole thing. He has claimed that he loves any controversy to do with himself, or the band. This is an accomplishment all in itself, and an excellent attitude to take. When you are a public figure, you will catch flack no matter what you do, so you might as well roll with it.

In addition, he has managed to hold Nickleback together for almost 22 years, which is pretty impressive for a band that everyone loves to say that they hate. They have sold tens of millions of records in their career.

In November of 2011, Chad and the rest of Nickleback joined forces to support the charity known as United Way, and donate a quarter for every person who pledged to become a mentor or educator with the charity. The band also participated in a STOMP Out Bullying charity auction in 2010, and they signed a guitar for a leukemia charity in 2008. While it’s not a charity, Chad Kroeger also personally addressed a Kickstarter campaign to ban Nickleback from playing in London, calling it “hilarious.”

Nickleback also contributed to charity in a second-hand way. Jesse Carey, a podcaster from Relevant magazine, raised over $17,000 to build a well in a much-needed area by listening to 168 hours of Nickleback. In a row.

Facebook Page – Here you can find the official Facebook page for Nickleback. It does not look like Chad has his own personal Facebook page. Nickleback is currently posting lots of content from their tour for their new album Feed the Machine, which came out in 2017.

There are many social media sites that either claim to be Chad himself or are outright fan pages. Chad does not appear to have official social media pages on any platform, or at least he has not made them public.