Skai Jackson Snapchat Name- What is Her Username and Snapcode? 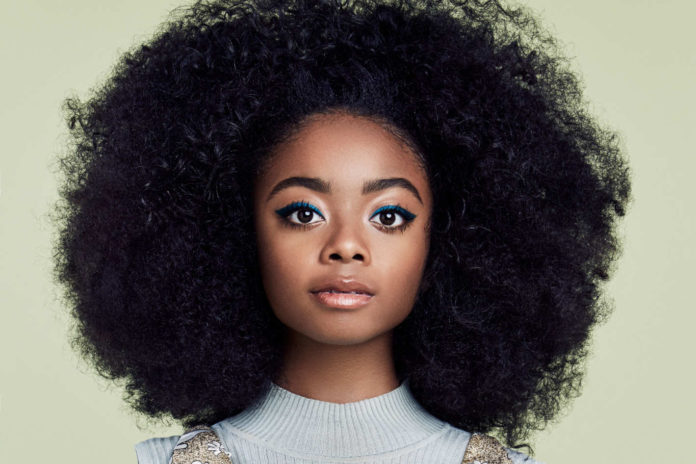 Skai Jackson is young, but over the years she has become one of the more well-known child actors. She began acting in very minor roles, but she hit her big break in 2011 when she was cast as Zuri Ross in Jessie, a sitcom on the Disney Channel. The Disney Channel is obviously the premier place for up and coming child actors, and it proved essential in getting Skai’s career off the ground. Today, Skai Jackson is beloved by her fans, old and young alike. Since we do live in the Internet age, it probably doesn’t come as a surprise to you that Skai has a large social media following. Her fans are known to show their support for her on platforms like Snapchat, Instagram, Facebook, Twitter, and more. Quite often, Jackson is known to use her social media accounts to directly interact with some of her fans. 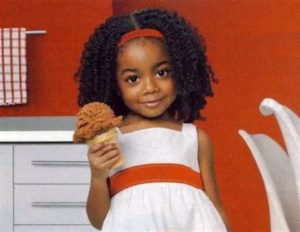 Skai Jackson was born in April of 2002 in New York City, New York. Like a lot of child actors, she began her career not in acting, but in modelling. She was a child model, but she did a little bit of acting by putting her talent to use in various national commercials. (Probably the biggest commercials that Skai appeared in during this time were national commercials for Band-Aid bandages.) It didn’t take all that long for Jackson to start taking on “real” roles in acting, however. In 2007, she had a relatively minor role in Liberty Kid. Liberty Kid is a very low-budget independent film, and although it was small in scale, it was still critically acclaimed. This film, and her role in this film, gave Jackson the opportunity to get some real experience in the big world of acting.

In the following year, Skai had a very minor role in an episode of the television show Rescue Me. The year after that, she had a small role in the film The Rebound. After that, Skai’s career just got more and more accomplished. In 2010, she appeared in an episode of Royal Pains, and she provided voice work for an episode of Team Umizoomi. Although her casting in Jessie was probably the biggest accomplishment for Skai in 2011, there were a lot of other things. She also acquired a recurring voice role in Bubble Guppies, a popular animated series that airs on Nick Jr. 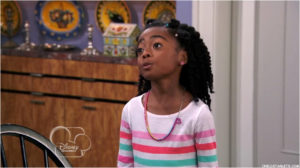 Her performance as Zuri Ross in Jessie, however, probably remains her largest feat in acting. She was able to play Zuri in guest appearances on several other Disney Channel programs, including Austin & Ally, Good Luck Charlie, Ultimate Spider-Man, and K.C. Undercover. Although Jessie officially ended in 2015, that year also marked the beginning of Bunk’d, another Disney Channel sitcom that serves as a spin-off of Jessie. Skai Jackson is able to continue playing the part of Zuri Ross in this series, which still airs to this day. Although I’m sure no one really likes being known for just a single character, I think that this is just the first step for Skai Jackson’s career. She shows enormous maturity for her age, and I think it’s only a matter of time before we start to see her excel in more dramatic roles. Until then, I don’t think her fans are really too upset about her sticking with Disney for now! 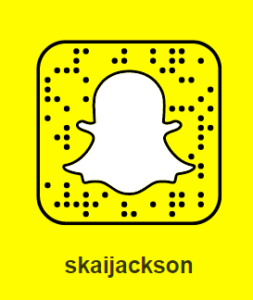 Skai Jackson has been on Snapchat for the last couple of years, and she is known to use it pretty often. Her fans are really appreciative of her presence on Snapchat, because her snaps give them a chance to get to know her a little better. If you want to follow Skai Jackson on Snapchat, you can do so by searching for her through her username, which is skaijackson. You can also click the link here, which should allow you to follow her almost instantly.

Skai Jackson is on Facebook! Although she doesn’t have a traditional account, she has an official, verified page. (In my opinion, this is just as good.) her page has over 1 million likes. You can find Skai on Facebook as @skaijackson, and you can take a look at the page itself just by clicking the link right here.

If you want to follow Skai Jackson on Twitter, you aren’t alone. She has over 300,000 followers on the social network right now, and you’re free to join them if you want. All you have to do is search for her through her username, which is @skaijackson. You can also click the link right here, which will take you straight to her page.

Although Skai Jackson has a large following on both Twitter and Facebook, her largest following by far can be found on Instagram. On this platform, she has over 3 million followers. If you want to join those followers, you can do so very easily. Just search for Jackson on Instagram (her username is skaijackson) and you’re on your way. Take a look at what she shares with her followers by going here.

You may be interested in having a conversation with Skai Jackson on a platform like Kik. After all, Kik is one of the most popular messaging applications out there. However, Skai hasn’t shared any information regarding her Kik username or code with her fans.