Tal Fishman Net Worth – How Much He’s Made From Youtube 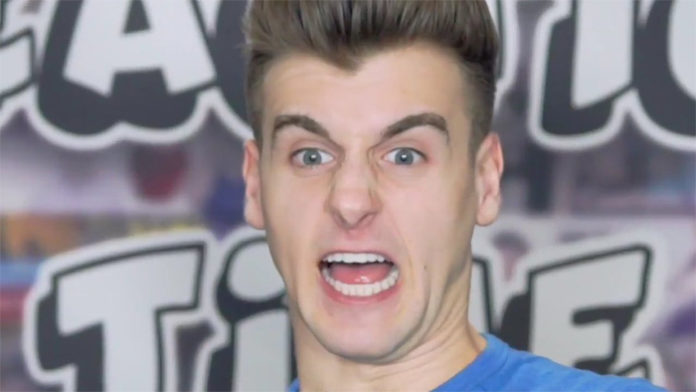 A popular content creator, Tal Fishman rose to fame for his reaction videos on Youtube. From the country’s entertainment capital of Los Angeles, he kick started his channel with his brother Adi in 2014. Titled “Tal and Short”- a reference to their heights, they began posting goofy videos onto their page, which quickly garnered them a decent following. Within a year’s time, the siblings had amassed hundreds of thousands of subscribers.

From there, Tal eventually set off on his own to create his own Youtube channel- one on which he decided to post “reaction videos.” A huge success, his subscriber count rapidly went up as each of his uploads drew in thousands of hits each. By the end of the first year, the comedian had reached the giant milestone of having one million subscribers. As of September 2017, his Youtube following has grown to be over 6.4 million.

How rich is the twenty year old as of 2017? How much does he make from his Youtube channels? According to our research, Tal Fishman currently has an estimated net worth of $600,000. How many Youtube accounts does he have? What are some of his most popular videos? Let’s try to find the answers below.

How did Tal Fishman Make His Wealth and Money? 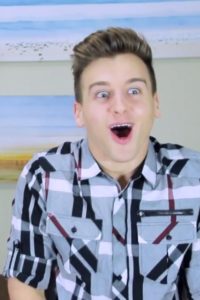 Born on December 27, 1996 in Los Angeles, California, Tal Fishman is the second oldest out of three siblings; he has an older sister named Shani and a younger brother named Shani, the latter of whom he’s collaborated with for many years. Unfortunately, not much has been revealed about his early life. What we do know, is that he first got involved with Youtube towards his final year in high school- which isn’t all that surprising considering the fact that countless individuals start getting involved with social media in their teens.

Teaming up with his brother, whom he is relatively close with, the two created the Youtube channel, “Tal and Short”- a reference to their height differences (Tal is four inches taller than Adi) in 2014. Like many successful Youtubers, they chose to go with comedy. Putting their creativity to work, they created a number of funny skits which they went on to post onto their page. Some of their earlier videos include If Guys Had Periods, The Dare Challenge (Brother Edition), The Best Vines of All Time, The Encounter: Nerds vs. Jocks, and How the first Potato Chip was Invented!.

A surprise to the teens themselves, their uploads quickly caught on among fellow users, garnering thousands of views on Youtube. Inspired by their initial success, the brothers continued to pump out new videos on a regular basis, which only boosted their fame further. Within a year’s time, Tal and Short had amassed over 200,000 subscribers- a huge milestone, especially for two teenagers who had originally created the page for fun.

Since then, their Youtube channel has gathered more than 435,000 subscribers with close to 23 million lifetime views. Currently their most popular upload to date, What Students Say vs. What Students Want to Say has racked up over 3.8 million views. Considering their vast view counts, it’s only natural that the brothers have been monetizing their content. As you probably already know, Youtube has become one of the greatest money makers on the web- for those with a size-able following.

How much revenue does Tal and Short make from their channel? To find out, let’s consider a few things- first off, Google typically pays its partners upwards of $5 per 1,000 monetized views; second, only ~40% of one’s total view count on average, is monetized.

Besides their joint account, Tal has since also made his own channel under the name “Reaction Time.” As it happened, the teen had decided to go solo after his brother went through a period where he had little to no motivation to make videos. As its name implies, he generally uploads “reaction videos”- that is, videos of him reacting to different events from other Youtube videos to happenings in pop culture. Proving to be even more popular than his first endeavor, he was able to reach one million subscribers by the end of the first year.

Created in April 2015, roughly a year after the launch of Tal and Short, he has since uploaded over 600 videos to his channel (not including some of the ones that he’s deleted). Since his rise to fame, Tal has begun to post a greater variety of videos from challenges to fails- all of which have racked up hundreds of thousands of views each. Interactive with his fans, the 20-year-old often makes videos based around his viewers suggestions in the comments.

As of September 2017, his Reaction Time channel has amassed over 6.4 million followers- an amount significantly greater than what he has on Tal and Short. As far as view count goes, his videos have been streamed over 1.3 billion times across his account- a testament to his popularity. His most popular upload, Young Girl Sets Up 13 Year Old Boyfriend to See if He’ll Cheat!! has been viewed more than 14.1 million times. Some of his other top videos include Meet the Girl Who is Allergic to Sunlight, Illegal Things You Do Everyday, Taking the “Are You Gay Test?”, Wife Catches Her Husband Cheating on Her, and Hearing Musical.ly Stars Real Voices for the First Time.

How much has Tal made from his primary channel? Like we’ve said earlier, earnings from Youtube videos can range anywhere from a couple of dollars to five dollars per 1,000 views, depending on a various factors such as location, audience, and content. For now, let’s calculate an estimate based on the fact that he has 1.39 billion views- assuming that he makes at least a couple of dollars per 1,000 views, his channel would have easily already generated over a million dollars in revenue. Having said that, a portion of that amount does go back towards Google; still, it’s impressive nonetheless.

The way the system is set up, as one’s view count goes up, so do their potential earnings. According to statistics provided by Socialblade, Tal’s Reaction Time channel has been growing relatively fast- especially since early 2017. Currently, it’s estimated that he gains upwards of 5,000 new subscribers a day; with that kind of growth, he’d easily break the 7 million subscriber mark in no time. As far as video views go, they’ve also been on the incline; as of now, he receives upwards of 4 million views a day across his videos- that in itself works out to be a few thousand dollars in ad revenue per day!

Aside from his Youtube earnings, it probably wouldn’t be too far fetched to say that he also receives endorsement offers on social media. For instance, on Instagram alone he currently has over 467,000 followers. For one thing, it’s not uncommon for online celebrities to be paid a few thousands of dollars for a sponsored post.

Now that we know more about his online career, let’s go back to our original question- where did Tal Fishman earn his $600,000 fortune from? From everything that we’ve discussed above, it’s obvious that Youtube is the greatest money maker for the 20-year-old (the fact that he has multiple Youtube channels doesn’t hurt either).

What can we expect to see from the Youtuber over the next few years? Will he branch out into acting like many online stars have done before him? Or will he dedicate himself strictly to Youtube? For now, anything is possible- we’ll just have to wait and see what he has in store for fans.

No, Tal Fishman is not married. Considering the fact that not much is known about his personal life, it’s assumed that he is currently single. (We’ll update this page should he announce that he’s in a relationship!)

Does Tal Fishman Have Any Children?

From what we know, the 20-year-old Youtuber does not have any children.

Did Tal Fishman Go to College?

According to a tweet that he posted last July (“I’m in college so summer school is optional…“) he is currently in college- though the exact institute has not been revealed to the public.

Is Tal Fishman His Real Name?

Tal Fishman currently resides in his hometown of Los Angeles, California- which works out great for his Youtube career. Unfortunately, that’s about all we know regarding his location; he has never really been one to talk about his own home.

We do not have any pictures of Tal Fishman’s house to share at this time.

What Kind of Car Does Tal Fishman Drive?

Though he has posted numerous videos from inside his vehicle, the specifics of it have never been revealed. Information on his vehicle is unavailable at this time.

A one-of-a-kind comedian, Tal Fishman has gained an immense audience (and following) over the past few years. On his Reaction Time channel alone, he has garnered over 6.4 million subscribers with 1.39 billion view counts across his 600+ videos. As mentioned earlier, his popularity on Youtube has only been growing rapidly over the past few months.

Aside from the aforementioned account, the twenty year old has also attained an impressive following on his Tal and Short channel- over 437,000 subscribers to be exact.

As of 2017, Tal is easily making thousands of dollars from his Youtube channels per month- if anything, his earnings will only continue to go up as his popularity grows further over the next few years.

How Much Did Tal Fishman Make Last Year?

Unfortunately, we do not have information on his 2016 earnings at this time.

Currently, Tal Fishman splits his time between his two channels- if you don’t want to miss out on his new videos, be sure to subscribe to both of his accounts if you haven’t already done so.