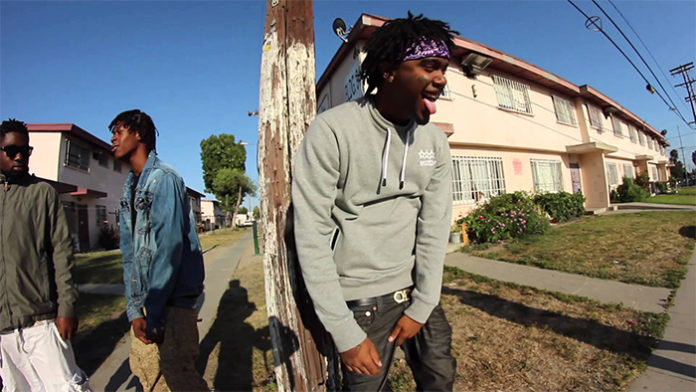 A fast-rising rapper from LA, 03 Greedo can easily be recognized by the ink on his face- a tattoo that says “Living Legend.” Despite a turbulent upbringing, one that involves time behind bars, he has managed to turn his life around with hip hop. Since his release, he has put in many hours at the studio; just last summer, he dropped his first album titled, Purple Summer.

A solid release, it gave rise to his most popular track to date, Mafia Business. In addition to that, the album also produced the songs, Breaking News, and Run For Yo Life, both of which have already garnered thousands of streams online. As far as recent offerings, the emcee came out with two projects this year, Purple Summer 03: Purple Hearted Soldier, and Money Changes Everything.

Striving to make his presence known, Greedo has dropped most of his songs onto Soundcloud, where he currently has over 3K followers. Speaking of social media, he’s also got himself a decent following on Instagram, Twitter, and Youtube- in fact, he has receieved over 800,000 views on his channels to date!

With all that said, how wealthy is the rapper? How much has he made from his music career so far? As much as we’d like to answer those questions, 03 Greedo’s net worth is currently still under review. Nevertheless, let’s take a look at what he’s managed to accomplish in the past two years.

How did 03 Greedo Make His Money & Wealth? 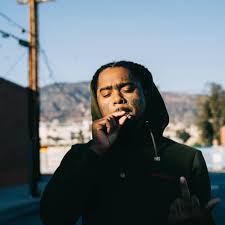 A rapper from Los Angeles, California, not much is known about 03 Greedo’s early life. Musically gifted, he has obviously perfected his skills over many years- most likely since his teens. A student at Gardena High School, he had always- in his words, “been one of the most popular [students] in school.” Still, he chose to drop out before attaining his diploma- reportedly it was around then that he got his first tattoo.

Since then, he has gotten much more ink- including an icon of the Grape Street Crips and a grape cluster on his leg. Involved with the street life, Greedo was sentenced to prison soon afterwards for alleged weapon charges; at one point, he was even shot at by his “friends”. Despite this, he never let it slow him down- in fact, “[he] always came out on top every time.”

Last summer, he dropped his first mixtape, Purple Summer on July 26, 2016. Produced by Doggy @Shermabadass, the lengthy project boasted a total of 40 tracks- all of which were written by the rapper himself. Featuring guest appearances from Whokid Woody, Lil Los, Rich the Kid, and Earl Swavy, it included the tracks, Making Plays, Makin Bands, Handsome, Same Thang, Freak, I Can Be Anywhere, and Built Like Me.

Most noteworthy of all however, was the track, Mafia Business. A smash hit, it quickly caught on upon its release, reeling in thousands of streams online. In fact, it has already surpassed over one million hits on Soundcloud. Since then, accompanying visuals have also uploaded to his Youtube channel- as of October 2017, the MV has been viewed over 635,000 times.

His second project titled, Money Changes Everything was made available on July 4, 2017. Released via iTunes, the playlist comprised of 33 tracks, one of which- Beat That Thang Down, was a collaboration with PnB Rock. A few other highlights from the album include, Picc a Side, My Lil Hottie, Money Wins Wars, Pose To, Walking Lick, and Sweat.

From there, he released Purple Summer 03: Purple Hearted Soldier on July 26, 2017. The shortest of his three albums, it came with 30 tracks, a handful of which included features from Jae5ive, Gmb Cam, Gmb Tony, Ken Malik, Lil 100, and Dubba Aa, among a few others. Among its contents were the titles, Both of My Arms, Run For Yo Life, Back on My Feet, Paris Hilton, Would U Mind, Traumatized, and If I.

For now, most of his earnings likely come from his records. Still a relative newcomer, Greedo has not yet gone on tour, nor has he put on any concerts or shows. Assuming he continues to put himself out there however, it wouldn’t be surprising for him to be able to achieve all those milestones in the near future.

Speaking of future potential, his Youtube channel also has room for growth. As of 2017, the emcee has amassed over 1,000 subscribers with more than 235,000 views spread out across his videos. Should his fanbase continue to grow, it’s likely he’ll be able to monetize his account.

As far as we know, the rapper is not married. Having said that, that is purely speculative as he himself has not revealed anything about his relationship status.

Does 03 Greedo Have Any Children?

No, 03 Greedo does not have any children that we know of.

Did 03 Greedo Go to College?

Considering the fact that he dropped out of high school in his teens, no- he has not gone to college.

What is 03 Greedo’s Real Name?

For now, no one knows the rapper’s real name.

Where Does 03 Greedo Live? Pictures of 03 Greedo’s House

Going by his Twitter location, he is currently based out of Watts, Gardena, and Atlanta. Unfortunately, we do not have any additional information on his location at this time, nor do we have any photos of his home to share.

What Kind of Car Does 03 Greedo Drive?

How Much Did 03 Greedo Make Last Year?

At this time, information on the rapper’s 2016 earnings have not been revealed.

As mentioned above, he recently put forth two new albums, Money Changes Everything and Purple Summer 03: Purple Hearted Soldier.