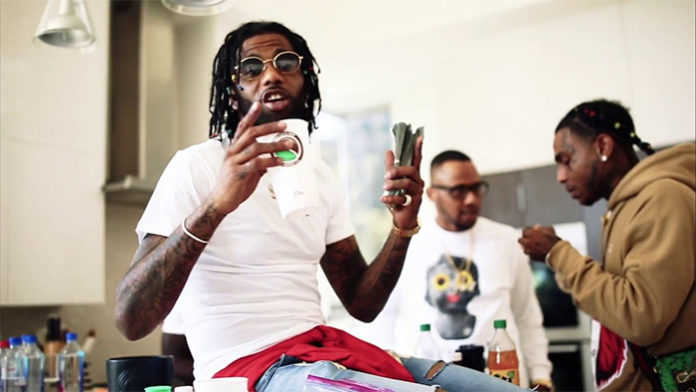 Based in New Jersey, Hoodrich Pablo Juan has been creating a buzz in the hip-hop scene for many years. Compared by some to Pimp C, he dropped his debut mixtape, Designer Drugs in 2015. A solid release, it garnered him thousands of fans in the underground scene. Some of the songs that it gave rise to include, Givenchy Me, Dope on My Margielas, Stayin’ Down, and Trill.

From then until now, the rapper has come out with several additional mixtapes including, Guerrilla Warfare, Designer Drugs 2, Master Sensei, and South Dark. Most recently this month, he released the album, Designer Drugs 3 which included features from Playboi Carti, Gunna, Gucci Mane, Duke, and Shad da God. Within just a few weeks, the project has already garnered tens of thousands of streams online.

As far as collaborations go, he has also worked with Migos, Rich the Kid, Skippa da Flippa, PeeWee Longway, Danny Wolf, and Bali Baby. On his way towards rap stardom, Juan has already amassed over 36K followers on Soundcloud as of 2017. Speaking of online platforms, he’s also got himself a decent following on Twitter, Instagram, Youtube, and Facebook.

With all that said, how well is the 27 year old doing for himself? Does his rap career allow him to live a comfortable lifestyle? According to various sites, Hoodrich Pablo Juan currently has an estimated net worth of $350,000. Where did he earn most of this from? His mixtapes? Where else does he pull in the cash? Let’s take a look.

How did Hoodrich Pablo Make His Money & Wealth? 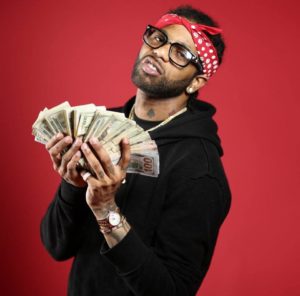 Born on October 28, 1989, in Newark, New Jersey, Hoodrich Pablo Juan grew up Atlanta, where he went to school. Like most teens his age, he enjoyed listening to a variety of music including the works of, Pimp C, C-Murder, Gucci Mane, and Boosie. Despite having grown up in the 90’s era, he’s always had a particular interest in 80’s music. Having prioritized his education, he eventually graduated from high school a little earlier than his peers; in his words, both “street smarts and book smarts are important.”

After many years of involving himself in hip hop, he released his debut mixtape, Designer Drugz in March 2015. Hosted by DJ Pretty Boy Tank, DJ Spinz, and DJ Lil Keem, the project came laced with 17 tracks, many of which were collaborations with other artists- for instance, it included features from PeeWee Longway, Wood, Diego Dose, DC White, Bloody Jay, and Quavo. Some highlights from the tape include the titles, Trill, Who Do I Trust, Stayin’ Down, Coo Coo Crazy, J-Money, and Do It For the Vine.

From there, he dropped his second mixtape, MONY POWR RSPT: Designer and Drugs Edition in May 2015. Consisting of 18 tracks, its playlist included, Brick Wrapper, No Hooks, Shooters by Ca$h Out, Never Trade, Across the Border, and Pressure. Complete with collaborations from DC White, Diego Rose, and PeeWee Longway, many of whom he worked with previously, the tape was later posted to Soundcloud- as of 2017, it has been played hundreds of thousands of times on the site.

Prior to the end of 2015, the emcee dropped two more titles, It’s Auto Juan in da Building, and Guerrilla Ware. Solid additions to his catalogue, they spawned several smash hits including #1 Fan, No Buster, All the Bitches (Remix), Trap with No Strap, and Brand New Choppa.

A few months into 2016, Juan came out with another mixtape, Designer Drugs 2. Written in part by the rapper himself, many individuals were enlisted for its production including Bizzie, Danny Wolf, DJ Champ, Young Bros Beats, Roger Beat, Metro Boomin, and Spiffy Global, among others. Featuring guest appearances from Rich The Kid, Skippa Da Flippa, Gucci Mane, and Jonny Cino, the track list included, Switching My Wrist, Fish in the Coupe, Walk Like Money, and 50 Keys of Grey.

Later that summer, he released Master Sensei– an eight-track project that comprise of the songs, Fortunes, Never Going Back, Easy, Platinum, Think He the Shit, among a few others.

Continuing to dish out new releases, he dropped South Dark earlier in August 2017. Produced primarily by Kenny Beats, it boasted seven tracks, Ruthless (Feat. Duke), Hood (Feat. Baby Uiie), C Sick, Everyday, 3 Point Stance, Dead End, and Do This. On Soundcloud, the tape has already been played over 600K times- the most popular song being that of Do This with over 200K streams.

Since then, another offering has been delivered to fans. The third instalment of his Designer Drugz series, it spawned several tracks including, Don’t Do That, I Jus Wanna Kno, Get It, Sauce on Me, Channel Swagg, and B.M.F., most of which feature guest artists such as Gucci Mane, Playboi Carti, MadeinTYO, and Lil Yachty. Uploaded to Soundcloud as with his earlier efforts, the playlist has managed to garner over 5,000 likes in less than two weeks time.

As far as public performances go, Juan has put on a handful of shows across the US this year. From January onwards, he had traveled and performed at various venues in Los Angeles, Atlanta, and New York. For those who may be interested in seeing the rapper perform live, he still has a few upcoming shows this November and December. Remember- it’s still not too late to grab some tickets!

No, the rapper is not married. In fact, not much if anything at all has been revealed about his dating life.

Does Hoodrich Pablo Juan Have Any Children?

From what we can gather, he went to Atlanta Technical College after completing high school.

At this time, his real name has not been revealed to the public.

Going by what it says on his Facebook page, he currently resides in Atlanta, Georgia where he continues to make music. We do not have any pictures of his house to share at this time.

What Kind of Car Does Hoodrich Pablo Juan Drive?

How Much Did Hoodrich Pablo Juan Make Last Year?

At this point in time, we do not have any information regarding Hoodrich Pablo Juan’s earnings for 2016.

As mentioned earlier, the emcee dropped his latest album, Designer Drugz 3 earlier this month on October 3rd, 2017. Aside from that, he’s also put on a few shows across the US.

If you’d like to stay on top of his latest news, be sure to follow him on social media- you can find Hoodrich Pablo Juan on Twitter at @Hoodrich_Pablo.