Anthony Trujillo Net Worth 2018 – How Much He Makes Off Youtube 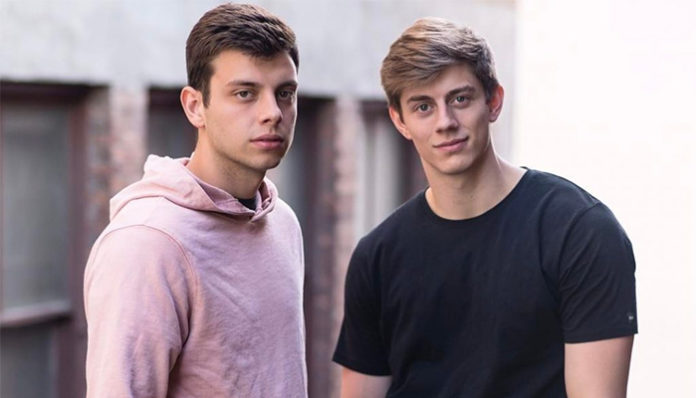 A social media star, Anthony Trujillo is best known for his Youtube channel Anthony and Chance, which he runs with his buddy, Chance Sutton. Originally from Ohio, he built up a decent following on Vine before getting involved with the site in the spring of 2017. Within just a few months, their witty humour has earned them over 2.3 million subscribers!

Not only do the two friends vlog on a regular basis, but they also post a variety of videos from challenges to pranks- all of which easily garner millions of hits. From March until now, the duo have received a total of 98.4 million views- that’s quite a feat! If anything, their popularity has only skyrocketed over the past few months.

Speaking of which, Anthony and Chance have also joined the supergroup, Team 10 this past spring. Since then, they’ve also been creating videos for the crew’s joint channel, which is also growing at an astonishing rate.

How is Anthony Trujillo doing for himself now? Has he managed to earn a killing from his Youtube career? How rich is he? For those who are curious, the 21 year old has an estimated net worth of $100,000 as of 2017. Let’s take a look at where this fortune came from!

How did Antony Trujillo Make His Money & Wealth? 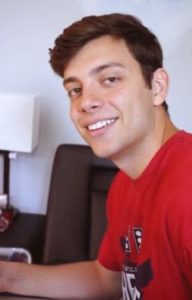 Born on May 4, 1996 in Ohio, Anthony Trujillo grew up in Cleveland with his younger sister, Ashley. At this time, not much is known about his childhood as he himself rarely talks about his early life. With that said, we do know that he got into Vine, the latest social media fad at the time, in his late teens. Combining his witty humour with his video-making talent, he easily gained thousands of followers on the app.

Best friends with Chance Sutton, who also got his start on Vine, the two eventually joined forces for a joint Youtube channel in the spring of 2017. Called “Anthony and Chance”, they uploaded their first video, a prank on close friend Jake Paul on March 22, 2017. Surprising the pair themselves with its popularity, the clip quickly racked up 500,000 views by the end of the first week. Inspired by their initial success, they ultimately decided to continue their channel with more prank videos.

Some of their other early uploads include, Saving Jake Paul from Death!, 50,000 Ball Prank in Jake Paul’s New Car, Epic Dare Challenge, Dyed the Martinez Twin’s Hair (Prank Wars), and We Lit Jake Paul’s Room on Fire. Thanks to Jake Paul’s popularity, their videos soon garnered hundreds of thousands of views; since then, most have been streamed millions of times.

As you can probably imagine, Anthony and Chance earn a decent amount from their Youtube channel, mostly through Google ads. Having partnered up with the web giant, they are easily able to translate view counts to dollars, simply by displaying advertisements on their videos. Generally speaking, the typical payout ranges from $2 to $5 per 1,000 ad views, depending on factors such as location, audience, and content.

How much have the duo managed to bank in the few months that they’ve been active on Youtube? Assuming that 40% of their 98.4 million viewcount is monetized and that they make at least $2 per 1,000 views, Anthony and Chance would have already yielded close to $80,000 (before Google’s cut). Even if the two friends were to share the earnings 50/50, that’s still a decent sum of money!

Ever since they joined Team 10 in April, their subscriber count has been growing at an alarming rate. From then until now, their following has jumped from 114K to over 2.3 million! At the rate that things are going, they’ll easily reach 3 million subscribers prior to the end of the year (with that, of course, their earnings from Youtube would also go up).

Speaking of Team 10, the two friends have also been spending time on the group’s Youtube channel over the past few months. Their welcoming video titled, Welcome to the Family, Chance and Anthony! has been viewed more than 1.1 million times since being uploaded on April 29, 2017.

Some of the videos that the pair have starred in since include Mystery Soda Challenge Gone Wrong! (Anthony Pranked!), Jerika is Fake!!, What Do We Look Like as Girls?, Who Knows Jake Paul Best? Chance or Anthony? and Chance and Anthony Initiated into Team 10 Extreme Fitness Challenge, among others.

With all that’s been said, it’s easy to see how most of Trujillo’s earnings came from Youtube. Given that his popularity is currently on a surge, his net worth is likely to increase over the next little while.

No, he is not married. Until we get more information, it’s assumed that Trujillo is single. Despite this, many fans have shipped him with other members of Team 10, such as Tessa Brooks.

Does Anthony Trujillo Have Any Children?

No, Anthony Trujillo does not have any children that we know of.

Did Anthony Trujillo Go to College?

From what we can tell, the twenty something has not gone to college. For all we know, he went straight for a Youtube career after completing high school.

Originally from Ohio, Anthony Trujillo currently resides in Los Angeles for his burgeoning Youtube career. Seeing as how he recently joined Team 10, it’s likely that he lives in the group’s LA home.

What Kind of Car does Anthony Trujillo Drive?

We do not have any information on Anthony Trujillo’s vehicle at this time.

With his friend Chance Sutton, the 21 year old has done something that many deem to be impossible- he gained over 2.3 million subscribers on Youtube in just a few month’s time!

On his other social media accounts, he also has 426K followers on Twitter, and 2.3 million fans on Instagram.

How Much Did Anthony Trujillo Make Last Year?

Unfortunately, we do not have any information on Anthony Trujillo’s 2016 earnings at this time.

For the latest news and announcements, be sure to subscribe to his Youtube channel! Alternatively, you can also catch him on Team 10’s group channel.