Sam Pottorff Net Worth 2018 – How Wealthy is the YouTuber? 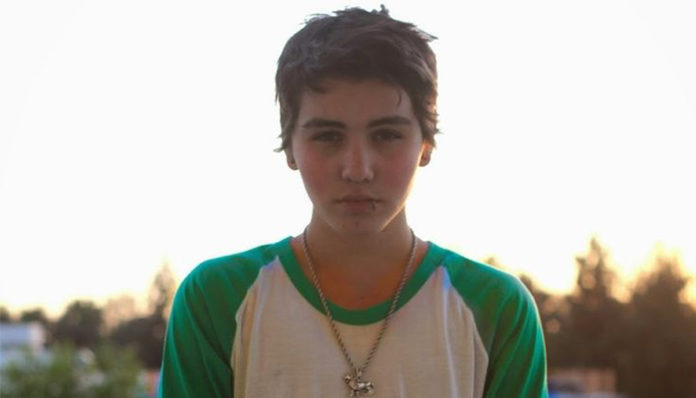 Hailing from California, Sam Pottorff has since attained celebrity status on Youtube, where he’s received millions upon millions of views. Perhaps best known for his online vlogs, the 21 year old has uploaded well over a hundred videos since 2014. As of 2017, he has more than 656K subscribers on the site.

Prior to the launch of his personal channel, Pottorff was a member of Our2ndlife, a Youtube super group consisting of Connor Fanta, JC Caylen, Ricky Dillon, Trevor Moran, and Kian Lawley. Ultimately it was with the crew that he first rose to fame in the early 2010’s- they eventually broke up in December 2014.

Aside from Youtube, the twenty something has since also established a following on Twitter, Instagram, and Snapchat. On the photo sharing app alone, Pottorff currently has 1.7 million followers- a figure that’s still increasing as we speak.

With the popularity that he has, surely he’s managed to bank himself a decent amount over the years? Well, according to sources, Sam Pottorff currently has an estimated net worth of $500,000. Where did he manage to make some a fortune from? Let’s take a look below.

How did Sam Pottorff Make His Money & Wealth? 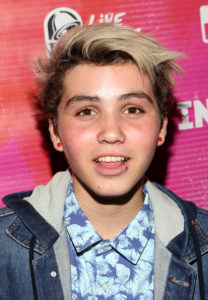 Born on October 19, 1995 in Laguna Beach, California, Sam Pottorff was raised in San Clemente with his younger brother Levi, and sisters Cloe and Mia. Despite his diagnosis of diabetes at the age of five, he never let that stop him; growing up, he enjoyed a variety of activities including surfing and photography. As a teen, he went to Opportunities For Learning, an independent school located in Dana Point, California.

In 2012, he came under the spotlight as a member of the Youtube supergroup, Our2ndLife. A collaboration channel, the roster also consisted of Kian Lawley, Jc Caylen, Connor Fanta, Ricky Dillon, and Trevor Moran. Though the account was created back in 2009, it wasn’t until the summer of 2012 that the boys uploaded their first video, Welcome to Our2ndLife.

The way it was set up, each of the members had their own scheduled day of the week to upload a video onto the channel; for Pottorff, Wednesdays were his days. During his time with the group, the teen posted a number of clips- from prank calls to rants, all of which were incredibly well received. In total, he had contributed well over 100 videos to the account.

Extremely popular, especially among teens, the group’s channel quickly reached the one million subscriber mark within a matter of months. By the time Our2ndLife broke up in 2014, they had amassed more than three million followers with over 529 million video views. With those kind of statistics, it’s obvious that they were monetizing on their content.

But that’s not the only thing that the group achieved- it had effectively launched the boys’ online careers. The same year as their disbandment, Pottorff created his own personal Youtube channel under the name, Pottorffbitch. As of October 2017, he’s already gotten himself over 656K subscribers with more than 19.1 million views.

Similar to what he used to post on Our2ndLife, his account mostly consists of vlogs with the occasional reaction, or challenge videos. To date, his most popular video, When She Calls (Feat. Golden) has been viewed over 1.6 million times. A few of his other top uploads include I Got Engaged!!!, Truth or Dare, Drunk Questions, and Girlfriend Does my Make Up!.

Considering his popularity, It’s only natural that he’s been monetizing his videos, but still, how much exactly has he managed to make? To answer this, let’s briefly go over how revenue from Youtube works. The way the program is set up, anyone who signs up to be a Google partner is able to make some money on the side by displaying advertisements on their videos.

While the exact amount depends on a number of things such as the viewers’ location or content, the general ballpark is $2 to $5 per 1,000 monetized views. Now, assuming that Pottorff makes at least a couple of dollars for every 1,000 views, he would have already banked $15,000 (before Google’s cut)! Obviously, this is on the low end- the exact amount could be much, much higher.

As far as other sources of income goes, the twenty something has also set up an online store where fans are able to purchase a variety of merchandise products. Available through Districtlines, an array of items are currently available from logo t-shirts to hoodies.

Last fall, he announced through one of his videos that he had gotten engaged to his girlfriend, Rose van Iterson. Happy news for the couple, they later tied the knot in a small ceremony in Amsterdam on March 4, 2017.

If you’re interested, Pottoroff revealed how he had proposed to her in a video here.

Does Sam Pottoroff Have Any Children?

No, he does not have any children. When asked whether or not the couple would be interested in having any in the future, both were quick to say yes- but in a few years down the road.

Did Sam Pottorff Go to College?

From what we can tell, Sam Pottorff has not gone to college. Having said that, not much has been revealed about his education history.

Originally from Laguna Beach, Sam Pottorff currently resides in Los Angeles, California with his wife, Rosa. At this time, we do not have any further information on their home.

What Kind of Car Does Sam Pottorff Drive?

A former member of Our2ndLife, Sam Pottorff has been nothing but successful on Youtube, where he has well over 656K subscribers!

How Much Did Sam Pottorff Make Last Year?

As much as we’d like to know, we do not have any information on Sam Pottorff’s 2016 earnings at this time.

For the latest news and announcements, be sure to tune into his new Youtube videos which are uploaded every Monday and Thursday!