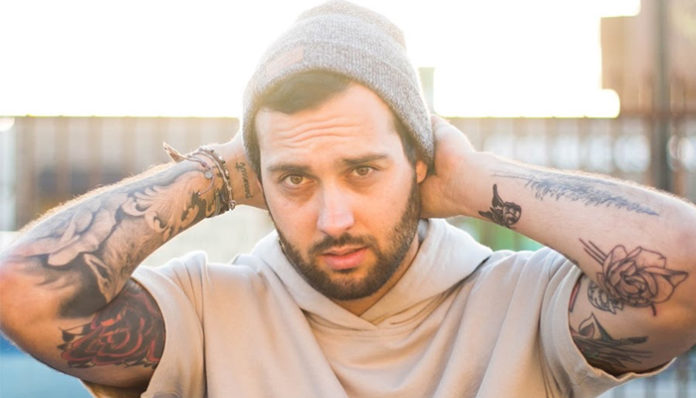 A former skateboarder, Chad Tepper is a social media celebrity with well over one million followers across the world. Originally from Florida, he created his Youtube channel back in 2013. Aside from vlogging on a regular basis, he also posts a number of pranks and challenge videos, all of which are well received by fans.

Speaking of which, his popularity recently gained a boost after he was made a member of the super group, Team 10. Created by Jake Paul, the crew frequently collaborate with each other on Youtube for increased exposure. To date, their joint channel has amassed over 2.2 million subscribers.

Aside from his online presence, Tepper has also appeared on television a handful of times. For instance, he has been featured in the shows, True Life, Ink Master, and Young and Married.

With all that he has going for him, one has to wonder- how much money does he make? Is a career in social media as lucrative as it sounds? According to sources, Chad Tepper currently has an estimated net worth of $150,000. From where did these earnings come from? Let’s take a look at his career so far.

How did Chad Tepper Make His Money & Wealth? 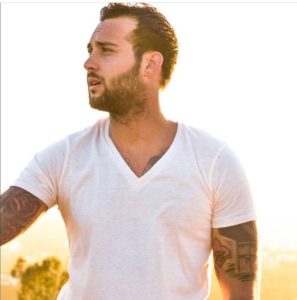 Born on May 7, 1992, in Florida, Chad Tepper grew up in Merritt Island with his brother, Lonny. Unfortunately, not much has ever been revealed about his childhood. At this time, all we know is that he went to local high school, from which he graduated from in 2010. Ultimately, it wasn’t until the summer of 2013 that he started to build a presence for himself on social media.

Creating himself a Youtube channel, the twenty something began to document his life in the form of vlogs, which he then uploaded onto his page. Like many long time users of the site however, Tepper has since deleted his early videos. Having said that, he still continues to post on a regular basis- mostly vlogs, with the occasional prank or challenge.

Since he first made himself known on Youtube, Tepper has amassed over 733,000 subscribers on the site; as if that wasn’t impressive enough, his videos have been viewed more than 22.8 million times altogether! As of October 2017, his most popular upload, I Leaked Jake Paul Phone Number! Prank Wars has been streamed over 1.75 million times. A few of his other top hits include I Leaked Chance Sutton’s Phone Number, Made Jake Paul Cry (Crazy), and Threw Up in Jake Pauls Yeezys.

Seeing as how Youtube is his one major outlet, it’s not surprising to know that he’s been monetizing his videos as a Google partner. By displaying ads, Tepper receives upwards of a few dollars per a thousand views; before you dismiss this as being trivial- it can easily add up given that you have a wide enough audience.

According to Socialblade, his Youtube channel really started to take off this past summer, a period that happens to coincide with when he joined Jake Paul’s super group, Team 10. At the moment, his account is growing by a few hundred new subscribers every day; at this rate, he’ll easily amass over 3 million fans (and with that, make more ad revenue). As far as video views go, he receives upwards of 100K a day.

Going back to what we briefly mentioned above, Tepper recently joined Team 10 in July 2017, something that ultimately led his popularity to soar. Aside from him, the group also consists of the Martinez Twins, Erika Costell, Tristan Tales, Stan Gerard, Chance and Anthony, Marcus Dobre, among a few others.

Not only do the members live together in Los Angeles, but they also collaborate regularly on their joint Youtube channel. As of 2017, their page has received over 77.4 million views with more than 2.2 million subscribers. Some of the videos that Tepper has starred in so far include, Chad Tepper and Ray Diaz Do the Pancake Art Challenge, Chad Makes Jake Paul a Custom Skateboard, Hit or Not?! Instagram Edition, and Team 10 Rap Battle – Chad Tepper vs Kade Speiser.

With those kind of numbers, it’s obvious that Team 10 is doing fairly well for themselves on the site. In fact, word has it that each of the members were paid a decent figure to be recruited into the group, which is in reality, a small business for founder, Jake Paul.

Not only do they make a decent amount from their Youtube channel, but the crew’s also got an online store going from which fans are able to purchase a variety of merchandise items. Looking at it now, an array of products are available from hoodies, t-shirts to phone cases. You can visit their store for yourself via their official site at team10official.com.

With all that we’ve said so far, it’s clear that a good chunk of Tepper’s income comes from his Youtube career. Who wouldn’t want to be able to make a few grand here and there for simply creating videos? Having said that, the 25 year old does have other things going for him, for instance his Instagram account.

Though not as popular as his Youtube channel per se, his Instagram account (which is verified, mind you) has over 1.5 million followers. Looking at his feed, his posts (both videos and photos) easily receive over 100K likes each- a testament to his popularity. With his influencer status, it wouldn’t be too far fetched to say that Tepper receives a fair amount of endorsement offers, all of which supplement his overall income. It’s not unheard of for social media stars to be paid in the thousands for a sponsored post, after all.

Offline, Tepper has also been gaining ground on television. Back in 2011, when he was nineteen, he made his TV debut in an episode of the MTV documentary series, True Life. Following that, he was featured in Young and Married, a show which as its title implies, have gotten married at a very young age. Aired on MTV in 2012, the episode followed his marriage with his then new wife, Allison.

But that’s not the end of his reality TV career, he’s since also been featured on Spike TV’s Ink Master (2013). More recently in 2015, he also appeared in a few episodes of Hollywood Cycle.

As far as acting goes, Tepper has also appeared in a handful of titles. In 2013, he made his official debut in an episode of the comedy, Girl Get Your Mind Right in which he plays date #1. Following a three-year long break, he returned as John #2 in the drama film, Nowhereland (2016), which also served as his movie debut.

Most recently this year, he played as one of the members in the movie, Actors Anonymous (2017).

In terms of upcoming productions, it has been announced that he will be appearing in the comedy film, Paved New World (2018), which is scheduled to be released next summer. Directed by Alexander Garcia, the plot will center around two skateboarding fanatics who on the last day of summer, travel across town together to witness a suicide skate trick by their idol. Members of the main cast include, Claudia Lee, Tilky Jones, Olivia Rodrigo, Kamilla Alnes, and Kamil McFadden. According to IMDb, Tepper will be playing a character by the name of Hork.

So there you have it, Chad Tepper’s career in a nutshell. Reiterating what we said earlier, the 25 year old currently has an estimated net worth of $150,000. As we mentioned previously, the bulk of this amount probably stems from his success on Youtube (seeing as how it’s his major platform and all). On top of that however, it’s obvious that he has other things going for him, such as his collaborations with Team 10 and his television career.

Previously, the Youtube star was married to a woman by the name of Allison. After tying the knot on July 9, 2011, the couple’s marriage was followed in an episode of MTV’s documentary series, Young and Married (2012). Due to irreconcilable differences however, they later divorced on January 19, 2014.

Since then, Tepper seems to have gotten back into the dating game as he was recently seen picking out a Valentine’s present in one of his vlogs. From the looks of it however, he does not plan on tying the knot again anytime soon.

Does Chad Tepper Have Any Children?

No, Chad Tepper does not have any children that we know of.

Did Chad Tepper Go to College?

From what we can tell, no, he has not gone to college. Still, that’s purely speculation as his education history has not been revealed to the public. Whether or not he’s pursued higher education however, it’s obvious that he’s doing fairly well for himself on social media.

Is Chad Tepper His Real Name?

Originally from Merritt Island, Florida, it’s assumed that Chad Tepper has since taken up residence in Team 10’s group home in Los Angeles. From what we can gather, it appears that each of the crew’s members are given a room to live in on the property.

What Kind of Car Does Chad Tepper Drive?

Unfortunately, we do no have any information on Chad Tepper’s vehicle at this time.

Not only has Chad Tepper managed to make himself known on Youtube, where he has over 733K subscribers, but he’s recently also landed the opportunity to join the popular super group, Team 10.

If anything, his burgeoning career is still just getting started.

How Much Did Chad Tepper Make Last Year?

Regrettably, we do not have any information on Chad Tepper’s 2016 earnings at this time.

As mentioned earlier, he recently made an appearance in the drama film, Actors Anonymous (2017). Next year, he will also be playing a small role in the movie, Paved New World (2018).

To stay on top with what’s going on, be sure to follow Chad Tepper on Youtube, where he updates his channel with new vlogs on a daily basis. Of course, you can also find him on Facebook, Instagram, as well as Twitter!