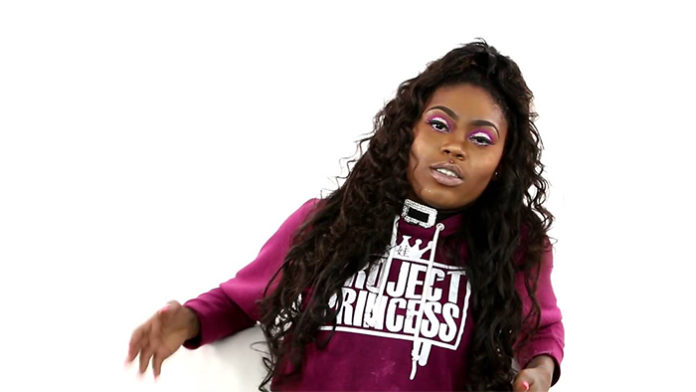 An up-and-coming artist, Asian Doll first gained recognition for her mixtape, Drippin In Glo. A talented rapper, she perfected her sound for a few years prior to establishing herself with her debut EP, Rise of Barbie Doll Gang in 2015- she was eighteen at the time. Since then, she has released several other albums including Project Princess Vol. 1, Outta Space, and Kill Bill Vol. 1.

As far as singles go, the 19-year-old has given rise to many over the past few years including Poppin’, Real Bitch Anthem, Pink Opps, Rockstar Baby, and Barbie Everywhere, to name a few. Her latest single titled, Lame N****z, was made available in October 2017.

On her way towards stardom, the rapper has already amassed hundreds of thousands of fans online. As of 2017, Asian Doll has over 356K followers on Instagram alone (surely, this figure will continue to climb with time)! On Youtube, she also has an audience of over 26,000- not too shabby at all.

So, how has her music career played out for her over the past little while? To put it simply, how wealthy is she? Though just an estimate, it’s speculated that Asian Doll’s current net worth is around the $50,000 mark. What are some of her greatest hits? Greatest money makers? Let’s find out.

How did Asian Doll Make Her Money & Wealth? 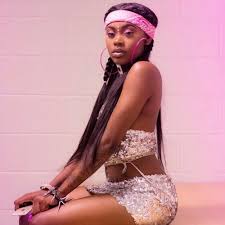 Born on December 7, 1997, in Dallas Texas, Asian Doll moved around frequently during her childhood; for instance, she’s lived in both Atlanta, and Los Angeles. Aside from that however, not much is known about her early life. Assuming that she’s completed high school, she would have graduated two years ago in 2015. Considering how focused she’s been on her music career however, it’s unlikely that she’s continued on with college.

At the age of eighteen, she independently released her debut EP, Rise of Barbie Doll Gang. An explicit album complete with a parental advisory label, it boasted fifteen tracks including You Ain’t Gang, All This Money, Come Thru, Big Cappin, Birds, Irritating, Strong, and Just to Spend It, all of which were written by Asian Doll herself.

Her next release, Dripping in Glo was made available for streaming on June 26, 2016. Hosted by DJ D-Real, the project came with twelve tracks including All My Life, Barbie Everywhere, Like Me, Johnny Depp, Can’t Trust a Soul, Shooters, and Franklins.

Later that same year, Asian Doll came out with her third project titled, Project Princess Vol. 1. Released on September 16, 2016, the track list consisted of fifteen titles, some of which included Rockstar Baby, Bwb Freestyle, I Get It, Do U, Keep Calling’, Rage, and Sin, most of which were produced by the artist herself. Considerably more popular than her previous effort, the EP has received tens of thousands of streams so far on Soundcloud.

Then on March 24, 2017, the Dallas rapper released the EP, Outtaspace. An eleven-track project, its playlist consisted of several hits including Money Chaser, Mixing Up the Drugs, GWOP on Me, 2 Seater, Real Bitch Anthem, and Gucci (Real Bitch Anthem proved to be particularly popular among fans.

Since then, Asian Doll has released one additional album titled, Kill Bill Vol. 1. Dropped on August 8, 2017, it included two guest appearances from Rarri Tru and Coca Vango in Astronaut and Rich Nigga respectively. The first of her Kill Bill series, its track list comes with thirteen songs, some of which includes Backyard, Feelings, Never Be, Be Me, Deal, Mama, and Dipset.

Possibly her most successful mixtape to date, Kill Bill Vol. 1 has received tens of thousands of listens online- in particular on Asian Doll’s Soundcloud account. Going by the stream count, the most popular track from the project is Astronaut (Feat. Rarri Try) with over 15.5K listens.

Seeing as how she’s still fairly new to the rap game, Asian Doll has not yet embarked on any concerts or tours, meaning that most of her earnings have come from her albums and singles themselves.

Aside from that, it’s probably fair to assume that she also receives some cash on the side from her Youtube channel. Since the launch of her account in 2014, Asian Doll has amassed over 26K subscribers with more than 3.2 million views. Now, considering how common it is for Youtubers to monetize their content via Google ads, it’s likely that she has been doing the same.

So, how much has the 19-year-old banked from her music videos so far? Hypothetically, let’s assume that she makes $2 per 1,000 ad views- seeing as how she has 3.2 million video views, this would work out to be earnings of ~$2,500.

No, Asian Doll is not married. Earlier this year however, it was revealed that had started a relationship with a new boyfriend (who has since made several appearances on her social media).

Does Asian Doll Have Any Children?

No, Asian Doll does not have any children that we know of.

Did Asian Doll Go to College?

From what we can tell, the 19 year old has not gone to college. In fact, it’s currently unclear whether or not she’s completed high school.

What is Asian Doll’s Real Name?

For reasons still unknown, the rapper chose Asian Doll to be her stage name. For now, her real name has yet to be revealed to fans.

Where Does Asian Doll Live? Pictures of Asian Doll’s House

Asian Doll currently resides in Los Angeles, California. Regrettably, we do not have any pictures of her house to share with readers at this time.

What Kind of Car Does Asian Doll Drive?

Information on Asian Doll’s vehicle is unavailable at this time.

Within two years, Asian Doll has managed to put out five albums, including Rise of Barbie Doll Gang, Drippin’ In Flo, Project Princess Vol. 1, Outta Space, and Kill Bill, Vol. 1. If rumours are true, she will be releasing the second instalment of her Kill Bill series sometime next year.

How Much Did Asian Doll Make Last Year?

At this time, we do not have any information on Asian Doll’s 2016 earnings.