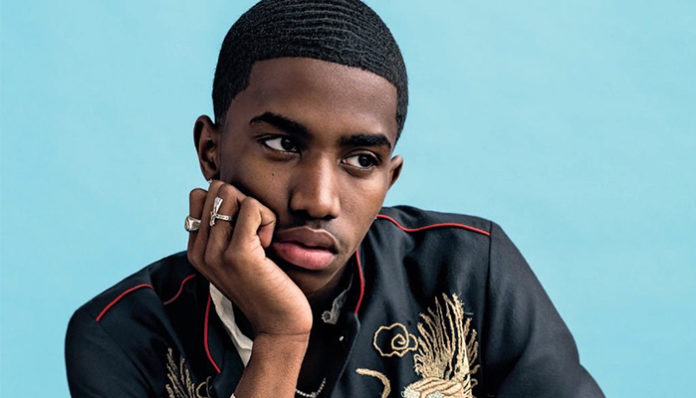 Following in his father’s footsteps, King Combs has released a handful of hits including Type Different, F**k That Summer Up, and Starboy Remix. The son of Sean Combs aka “Puff Daddy”, the teen has been into music for practically as long as he can remember. Quickly rising up in the ranks, it’s obvious that he has inherited his father’s musical talents.

An up-and-coming rapper, he’s established quite an online following over the past few years. On Youtube alone, King Combs has received well over 1.5 million views! In addition to that, he’s also got himself a sizeable fanbase on Instagram, Soundcloud, and Twitter.

The son of a music celebrity, a continued career in rap is almost guaranteed- if anything, we can probably expect to see more records from the aspiring artist over the next few years. Now, for the question that we’re all curious about- how wealthy is King Combs? Surely, he’s richer than the average 19 year old?

Unfortunately, details on his net worth are not yet available. Still, that doesn’t stop us from going over his career accomplishments so far! Let’s take a look.

How did King Combs Make His Money & Wealth? 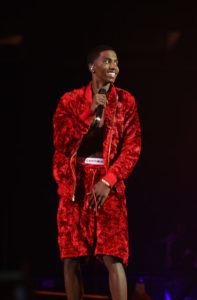 Born on April 4, 1998 in California, King Combs (Real Name: Christian Combs) is the son of Sean Combs and Kimberly Porter; he has two sisters named Jessie James and D’Lila Star and a brother named Quincy Brown.. Considering his father’s line of work, it’s no surprise that he harboured an interest for rap early on.

For his sixteenth birthday, a number of celebrities were invited to celebrate with him including French Montana, Kendrick Lamar, Meek Mill, Lauren London, and Khloe Kardashian, among others. A couple of years later in 2016, it was announced that his father had signed him onto his label, Bad Boy Records. From there, it was just a matter of time before his big debut.

Fortunately, the wait wasn’t long- King Combs later released two singles on June 29, 2016. One of said tracks, Party served as his first collaboration with CYN and SNL. A catchy summer anthem, it drew in thousands upon thousands of hits upon being uploaded onto Soundcloud. Raved by fans, the song has since been streamed over 214,000 times on the audio-sharing platform.

His second debut hit, One for Me was released on the say day. Featuring a sample of SMV’s You’re the One, its production was handled entirely by Tank. A classic love song, the track captured all the elements of traditional hip hop. The more popular out of the two, the single has been played more than 345,000 times on Soundcloud as of October 2017. On Youtube, the official audio has also enjoyed over 100,000 streams.

Then on January 17, 2017, King Combs returned with a new offering, a single titled, Starboy Remix. His own rendition of The Weeknd’s smash hit, the track has since been uploaded onto Soundcloud, where it has received over 264K streams. Considerably popular, an accompanying music video was later posted to his Youtube channel on February 1, 2017.

Since then, the rapper has put out two additional singles, one of which includes Type Different. His second collaboration, the track featured guest vocals from Lajan Slim, and Bay Swag. A solid release, accompanying visuals were later uploaded to his Vevo Youtube channel on the same day. Another display of his inherent talent, the MV has been viewed over 435,000 times as of October 2017.

His second new single, F**ck the Summer Up was dropped on the same day- July 14, 2017. Written by King Combs, the track was made available on a number of different platforms, including iTunes and Soundcloud, as with his previous releases. While not as popular as Type Different, it has managed to reel in over 287,000 plays on Youtube alone. On Soundcloud, the single has been streamed close to 10,000 times.

Needless to say, the above singles have earned him a collective amount. Still, it’s obvious that he’s just getting started.

For those who are interested, King Combs also has a Youtube channel (different from his Vevo account) to which he posts various videos. Since it was first created in August 2014, the rapper has received over 1.5 million views. Right now, his top video, Christian Combs Love Come Down Challenge has been viewed over 177,000 times. While not regularly updated per se, it’d be possible for the rapper to bring in a little bit of side income should he decide to focus more on his Youtube channel.

What can we expect to see from Sean Combs’ son in the near future? At this point, it’s hard to tell- we’ll just have to wait and see for ourselves.

No, King Combs is not married. As far as the dating game goes however, he is currently in a relationship with his high school sweetheart, Brea Hicks, who also happens to be an Instagram model.

According to reports, the couple first started to date when he was 15 year sold. Since then, they’ve been prom dates three times and have gone on multiple vacation trips together.

Does King Combs Have Any Children?

Did King Combs Go to College?

No, from what we can tell, King Combs has not gone to college. It’s unknown whether or not he has any plans on doing so in the near future.

What is King Combs’ Real Name?

His real name is Christian Combs.

Where Does King Combs Live? Pictures of King Combs’ House

At this point in time, it’s unclear whether or not King Combs has moved out or he’s residing in his father’s mansion.

What Kind of Car Does King Combs Drive?

Sadly, we do not have any information on King Combs’ vehicle at this time.

Despite the expectation that falls on his shoulders, King Combs has proven himself to be a worthy contender in the rap scene, having released a handful of singles in a short period of time.

How Much Did King Combs Make Last Year?

If you’re interested in staying up to date with his news and announcements, be sure to follow King Combs on social media.