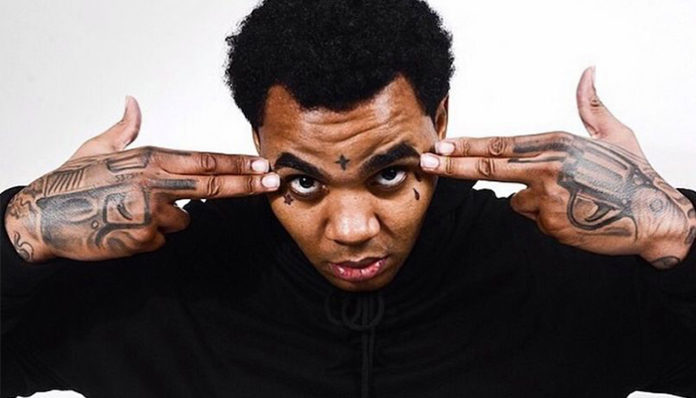 A rapper from Louisiana, Kevin Gates is perhaps best known for his hits, Really Really, Time for That, and 2 Phones. Kickstarting his music career in his late teens, he released his first mixtape, Pick of Da Litter in 2007. From there, he dropped two additional titles before spending close to three years in prison.

Despite having spent time behind bars, Gates have since managed to put himself on the right track, with 15 back-to-back releases between 2012 and 2017. A few highlights include, Stranger Than Fiction, By Any Means, Luca Brasi 2, and Murder for Hire, all of which peaked on the US record charts. His debut album titled, Islah was released last January, to favourable reviews.

An up-and-rising artist, his presence in the rap scene has been growing ever so steadily over the past few years. As of 2017, Gates has over 15 million fans across his different social media accounts.

How successful has the last few years been for him? How much has he managed to bank from his rap career? According to various sites, Kevin Gate’s 2018 net worth is estimated to be around $1.5 million. What are his different sources of income? Let’s find out.

How did Kevin Gates Make His Money & Wealth? 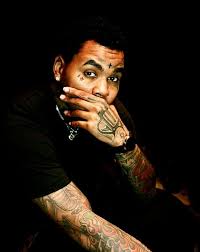 Born on February 5, 1986 in Baton Rouge, Louisiana, Kevin Gates’ (Real Name: Kevin Jerome Gilyard) upbringing was for the most parts, tumultuous. Growing up in a poverty-stricken area, crime was rampant; for one thing, the neighbourhood was filled with drug dealers. Interestingly enough, he even had aspirations of being a drug lord at one point. Getting himself into trouble, he was arrested for the first time at the age of thirteen for “joyriding” with a few friends.

As a student, he attended a couple of different high schools in the area including Lee and McKinley. Despite the fact that he excelled in class, his sparse attendance record led to a drop in his grades. Allegedly, 8th grade was the last year that “[he] had completed.” Coincidentally, it was around that time that he wrote his first rap track. A big fan of music, he listened to an array of genres growing up including south rock, punk rock, rock and roll, and hip hop.

By his late teens, Gates had decided to pursue music as a career. Signing to Dead Game Records, he released his first mixtape dubbed, Pick of Da Litter in 2007; he later came out with his second project, All or Nuthin’ in 2008. Before he could resume his recording however, a clash with the law led him to be incarcerated at Rivers Correctional. A convicted felon at the time, he had been caught with a firearm by officers who had pulled him over.

Despite the sentence behind bars, Gates stated that “being incarcerated was the best thing that could have happened to [him].” During his time at Rivers, he read whenever he could; some of his favourite titles included Art of Seduction and Celestine Prophecies. Through a prison program that was available for inmates, he eventually even earned himself a master’s degree in psychology. In total, he served four years before being released for good behaviour in 2011.

Following his stint in prison, he got right back to his music. Within a few months, the rapper had released a  mixtape titled, I Don’t Know What 2 Call It (Vol. 1). From there, he released three additional projects (e.g. Make ‘Em Believe, In the Meantime, The Luca Brasi Story) before gaining himself a considerable audience with his 2013 mixtape, Stranger Than Fiction.

His first effort to reach the US music charts, Stranger Than Fiction included fourteen tracks, a few of which featured guest appearances from Juicy J, Wiz Khalifa, and Starlito. Among the 14-song track list were Don’t Know What to Call It, Thinking with My Dick, Die Bout It, White Tan, 4 Legs and a Biscuit, Strokin, and Smiling Faces.

His first release with Atlantic Records, its production was handled by several individuals including Arthur McArthur, Dun Deal, DJ Spins, The Featherstones, among others. Gates’ first decent hit, Stranger Than Fiction ended up peaking at number 37 on the Billboard Top 200, and at number 11 on the Top R&B Albums chart.

Returning with more music the next year, Gates released By Any Means in March 2014. His second commercial mixtape, it not only sold over 17,000 copies in the US but also entered the Billboard Top 200 at number 17. Featuring guest appearances from Doe B, 2 Chainz, Rico Love, and Plies, the track listing came with the titles, Just Want Some Money, Get Up On My Level!, Keep Fucking With Me, Can’t Make This Up, Wish I Had It, and Posed to Be in Love. Praised as an “unexpected excellence”, the project garnered favourable reviews from several music critics.

His next big hit, Luca Brasi 2 was released in the winter of 2014. Produced by Mark Kragen, Nic Nic, Rico Love, Kane Beats, and The Runners, and many others, it gave rise to eighteen tracks including Word Around Time (Feat. Rich Homie Quan), Pourin the Syrup, Break the Bitch Down (Feat. K Camp), Wassup with It, Don’t Panic, Perfect Imperfection, and Out the Mud. In the US, the mixtape entered the Billboard Top 20 at number 38 with approximately 26,000 sales in the first week; it later also peaked at number 5 on the Top Hip Hop Albums chart.

Starting the new year on a fresh note, the rapper came out with his debut album, Islah on January 29, 2016. Supported by four singles, it quickly garnered widespread acclaim from critics upon its release. Praised by a number of publications including Spin and Vice Magazine, it entered the Billboard Top 200 at number 200; within the first week alone, it had sold over 93,000 copies in the US. Eventually, Islah also charted at number 2 on the Top hip-Hop Albums chart and at number 7 on the Top Tastemaker Albums chart.

Responsible for a spike in his popularity, Islah boasted 15 tracks including Kno One, 2 Phones, Time for That, and Really Really, all of which remain to be his most successful singles to date. Within a few months of its release, the album had sold over one million copies domestically, earning it platinum certification from the RIAA.

Gates’ next charting mixtape, Murder For Hire 2 was made available in May 2016. Different from his previous efforts in that it was strictly for retail purposes only, it contained eight tracks, Click House (Feat. OG Boobie Black), Great Example, Off da Meter, Showin’ Up, Lil Nigga, The Prayer, Believe In Me, and Fuck It. Upon its release, it debuted at number 12 on the Billboard Top 200, with 20,000 pure sales by the end of the first week.

Since then, Gates has released a new mixtape titled, By Any Means 2. A sequel to his 2014 project, it gave rise to over a dozen new tracks including No Love, Do U Down, Imagine That, Came Up, Jus Wanna, and Beautiful Scars, the last of which featured PnB Rock.

While it only makes sense that Gates earned some from the above titles, it’s not the only source of income that he has. Another big money maker for the rapper comes in the form of concerts and tours. As you can probably imagine, it’s easy for an artist to rake in a few hundred if not a few thousand per show.

Since his debut, the Louisiana native has put on a number of performances across the world. Just last year, he embarked on a concert tour which saw him hitting dozens of venues- from the United States to Germany. While he didn’t tour this year, he did put on a handful of shows in the US from Arizona to Florida; his most recent performance was at the Providence Medical Centre Amphitheater in Bonner Springs, Kansas.

At this time, it does not look like Gates has any upcoming shows planned. Stay tuned!

On top of that, the artist also pulls in a decent amount from his Youtube channel, which has close to 3 million subscribers. Since he launched it back in 2012, his videos have been viewed well over 2 billion times!

As of 2017, his most popular video, the official MV for his song 2 Phones has been played more than 225 million times. Converting that to dollars, that works out to be well over $180,000 in ad revenue alone! Some of his other top uploads include the official videos for Really Really, Satellites, Get The Mud, Posed To Be in Love, and Don’t Get Tired.

In total, how much has Gates earned from his Youtube? Assuming that less than half of his total view count is monetized and that he makes at least $2 per 1,000 views, he would have already made $1.6 million (before Google’s cut)!

Yes, Kevin Gates has been married to his wife Dreka for two years. After dating for over 13 years, the two tied the knot in 2015. Currently, she works as the rapper’s booking manager.

Does Kevin Gates Have Any Children?

Yes, the artist has two children with his wife, a daughter named Islah Karen Gates (whom he had named his studio album after) and a son named Khaza Kamil Gates.

Did Kevin Gates Go to College?

No, Kevin Gates did not go to college. Having said that, he did manage to earn himself a master’s degree in psychology during his time behind bars from 2008 and 2011.

Is Kevin Gates His Real Name?

No, Kevin Gates is his stage name. His birth name is Kevin Jerome Gilyard.

It’s assumed that he currently resides in Louisiana with his wife and two children. Unfortunately, we do not have any pictures of his home at this time.

What Kind of Car Does Kevin Gates Drive?

Sadly, we do not have any information on Kevin Gates’ vehicles at this time.

Since his stint in prison, Kevin Gates has proved himself time and time again that he’s a talented artist. Not only does he have a studio album that went platinum, but he’s also released over a dozen mixtapes, a handful of which made its way onto the US music charts.

How Much Did Kevin Gates Make Last Year?

We do not have any information on Kevin Gates’ 2016 earnings at this time.

As mentioned earlier, he most recently released the mixtape, By Any Means 2 on September 22, 2017. At this point in time, it’s unknown what he has planned for the next few months.