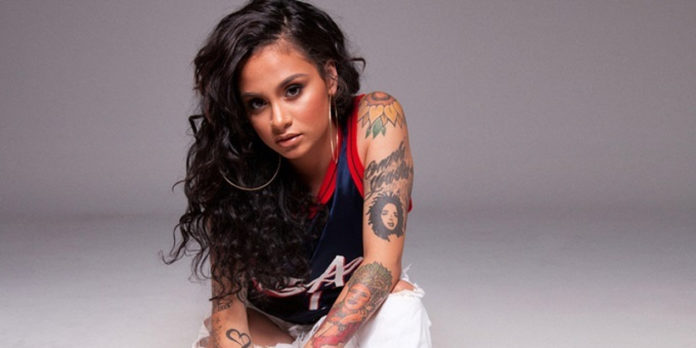 Some artists have talent that shines through, no matter where they come from or what they do, a light that captivates others and propels them towards greatness. With the dearth of ‘Instagram famous’ or ‘former Vine star’ celebrities, it can be intensely refreshing when a star comes along with the kind of talent that knocks you back a few steps. Such can be said of breakout singer-songwriter Kehlani as she moves into the big leagues and the industry has finally sat up and paid attention. For some, the path to the spotlight is rough, full of hard work and sacrifice, leaving behind a bit of oneself to embrace the persona the public adores. Was this the case for Kehlani, who started her journey so young? Let’s dive into the life of one of the scene’s newest divas.

How Did Kehlani Make Her Money & Wealth? 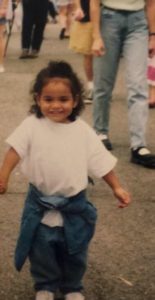 Born Kehlani Ashley Parrish on April 24, 1995 in Oakland, California, she wasn’t immediately afforded the greatest of head-starts in life. Her mother was struggling with a heavy drug addiction and was in and out of prison, leaving her to be raised by her aunt. Kehlani’s father, meanwhile, died when she was only a few months old, also a victim of drugs. One would think that a child born under those circumstances in Oakland, “Where you’re lucky to get out,” as Kehlani once told Complex, would be headed for the streets, prison, or worse. One would be wrong. Kehlani found herself in the self-expression of dance, all styles, training at the Oakland School of the Arts with her heart set on eventually attending Julliard. A knee injury sabotaged those dreams, however, and she turned to singing, discovering a place where she could really shine. Constantly exposed to music while living with her aunt, Kehlani blossomed quickly and in 2009 at age 14, she signed on to the Oakland teen pop group PopLyfe. The group, managed by D’Wayne Wiggins of Tony! Toni! Tone!, toured California for two years before appearing on season 6 of America’s Got Talent, placing fourth overall. The only girl in the group, Kehlani received rare praise from judge Piers Morgan, who told her that she had incredible talent, and she left PopLyfe several months later after management became ‘shady’ in their contractual obligations to band members.

Striking out on her own wasn’t without its dangers. Under constant threat of lawsuit from PopLyfe’s managers, Kehlani stopped singing and concentrated on high school though she was virtually homeless and spent two years couch-surfing. She moved to Los Angeles to try and make a new start and Nick Cannon, who had been a judge on America’s Got Talent, reached out to her about joining a new rap group but it didn’t quite come together and she moved back to Oakland. Starving, broke, and reduced to shoplifting groceries, Kehlani kept singing and produced her own track, ‘ANTISUMMERLUV’, which she released on SoundCloud. Nick Cannon called her immediately after hearing it and brought her to Los Angeles, setting her up with an apartment and and studio access. In 2014, Kehlani dropped her first mixtape, Cloud 19, which Complex ranked 28th in their ’50 Best Albums of 2014′, and in 2015 she opened for rapper G-Eazy on his From the Bay to the Universe tour. Our girl was starting to pick up steam and later that year she released her second mixtape, You Should Be Here, which hit No. 5 on the Billboard Top R&B/Hip-Hop Albums chart and shortly thereafter, Kehlani announced she’d signed with Atlantic Records. Her own tour, You Should Be Here, followed, completely selling out each show as Rolling Stone called her one of the ’10 New Artists You Need to Know’.

Recently, Kehlani has collaborated with Zayn on his track ‘Wrong’ from his debut solo album Mind of Mine and her single ‘Gangsta’ was featured on the soundtrack of the Oscar-winning film Suicide Squad, reaching No. 41 on the Billboard Hot 100. She released her first studio album in early 2017, SweetSexySavage, which debuted at No. 2 on the Billboard Top R&B/Hip-Hop Albums chart. It’s safe to say that Kehlani has hit the big time in a major way. 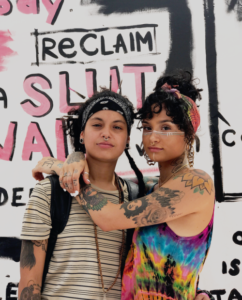 Kehlani is not married. Out and proud of her bisexuality since age 16, she’s never been one to hide her relationships. While she briefly dated Kyrie Irving (then point guard for the Cleveland Cavaliers) and they made their feelings public on Instagram, it didn’t work out and they ended up splitting up. A relationship with Canadian singer PartyNextDoor began to blossom but after it became public, controversy went viral on Twitter as many accused Kehlani of cheating on her former boyfriend with her current one. The abuse was very detrimental to her mental health and well-being, leading to a suicide attempt. More recently, Kehlani has been posting messages advocating love no matter the gender or specifics and it turns out specifically singer Shaina Negron. Regardless of where their new relationship might take them, they are JUST SO SWEET together!

What are Kehlani’s musical influences? 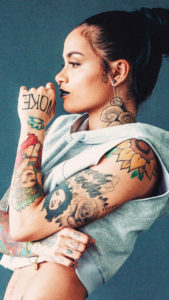 Listening to Kehlani it’s immediately obvious that there’s a heavy neo soul aspect to her style, one we can thank her aunt for. While living with her, Kehlani was exposed to legends Erykah Badu, Jill Scott, and Lauryn Hill, and cites them as major influences to her music. Her multi-ethnic heritage is very important to her and also factors into the art she creates. Describing herself as, “black, white, Native American, Hispanic, and Filipino”, Kehlani has drawn serious inspiration from Mexican painter Frida Kahlo, telling Latina that, “Frida inspired my personality, my strength, and my artistic side.” She even has a Kahlo painting tattooed on one arm with Lauryn Hill, reminding her to stay focused and get things done. Every artist has people they look up to and who inspire them but sometimes inspiration can come from the dark side, and Kehlani has admitted that more than a few lyrics reference her mother leaving her as a child.

What causes does Kehlani feel passionate about? 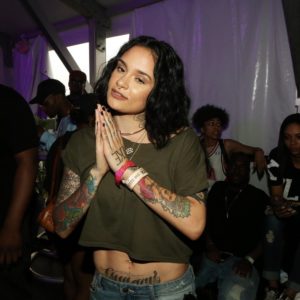 Some celebrities decide the best way to contribute to a cause is to open their wallet and then say nothing more while others donate time to get involved personally. Then, there are those who, when something happens to them, speak out to their fans to help dissipate stigma and start an honest dialogue. Having survived a suicide attempt, Kehlani spoke honestly to her fans (and the world), about depression and mental illness, worrying about the countless young people swallowed by anxiety and depression. She’s said she’d like to work in suicide prevention, using her fame as a method to a message and stressing support for anyone who might be suffering. In her single, ’24/7′, Kehlani said, “it’s alright to not be alright/To search for your light.” As someone who’s been the target of intense cyberbullying, she’s also called for less criticism between people who need to understand they have more in common than they might think.

The future couldn’t be brighter for Kehlani. Rising from rough roots in Oakland and overcoming an injury that ruined her potential dancing career, she’s decided that she’ll get what she wants out the world no matter what it takes. Riding high from the release of her first studio album, with over 4 million followers on Instagram and nearly 60,000 followers on Twitter, Kehlani is hitting the big leagues. What’s next for rapper with an uncommon attitude? Rumours are swirling about tour dates and new music dropping soon but so far, Kehlani herself has kept such things to herself. No matter what’s in store for her, she’ll take it on her terms and make it hers.