Bonnie Jill Laflin Net Worth 2018 – How Richis the TV Personality? 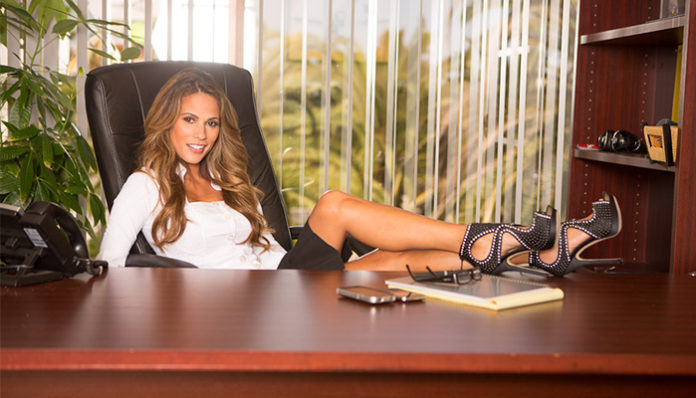 NBA’s one and only female scout, Bonnie Jill Laflin originally rose to fame as a cheerleader for the Golden State Warriors. Thanks to her work with the team, she  landed herself a recurring part in the popular TV series, Baywatch in 1998. Gradually getting more involved with acting, the later appeared in the comedy, Ally McBeal in 2000.

Over the next few years, Laflin took part in several other projects including the films, Orange County (2002), Cruel Game (2002), and Come a Little Closer (2005). Around that same time, she began to host Hotlines (2003), which led to a boost in her popularity. From there, she appeared in a few additional titles before shifting her focus away from acting.

Over the last years, the California native has worked as a sportscaster for several TV networks including CBS, ESPN, Fox and the NFL Network. As popular as she is accomplished, Laflin currently has hundreds of thousands of fans all around the world. On Instagram alone, the brunette has well over 100,000 followers!

Considering how successful she is, surely she’s able to make a decent living for herself? According to sources, Bonnie Jill Laflin currently has an estimated net worth of $1 million- so the short answer is yes. Let’s take a closer look at her career to see where she’s earned this figure from.

How did Bonnie Jill Laflin Make Her Money & Wealth? 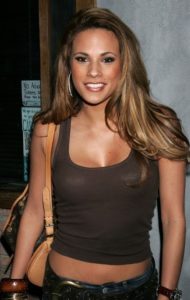 Born on March 15, 1976, Bonnie Jill Laflin spent her childhood in San Francisco, where her father worked in law enforcement. Growing up in a ranch, she developed a strong bond with animals at a young day- something that sticks with her to this day. Despite the fact that she was a tomboy, she participated in several pageants as a young girl; in her own words, “[she] was also very feminine because she worked as a child model”. When she wasn’t modelling, she enjoyed playing sports such as basketball and softball.

Ultimately, it was during her senior year of high school when she became a cheerleader for the Golden State Warriors, that she first came to the public’s attention. A combination of what she loved to do- sports and dance, Laflin later went on to cheer for the Dallas Cowboys and San Francisco 49ers in her late teens. Eventually graduating from high school, she continued her education at the University of Texas where she majored in broadcast journalism. Soon afterwards, she began to work as a sports reporter.

While covering the Los Angeles Lakers, Laflin often talked to Dr. Jerry Buss, the owner of said team. Eventually, he revealed that he had been contemplating on having a female scout. After discussing the topic together, he offered her the position as he knew that she had a wide expertise on sports. Following a one-year observation period, the team signed her onto a five-year deal; thus, she became the first female scout for the NBA.

Regarding how difficult the role is, Laflin has compared it to being “subjected to being under a microscope”. Working in a male dominated world, everything she does is naturally scrutinized by her peers. Taking this into consideration, she is extremely conscious of everything she does as to avoid error. Despite all this, she has stated that “there is not too much difference between a male and female scout.”

Aside from her work with the LA Lakers, she’s also worked as an actress on several occasions. Since her debut in Baywatch (1998), Laflin has appeared in a few other television titles including Ally McBeal (2000), The Man Show (2000), United Rockcrawling & Off-Road Challenge Series (2004), and Key and Peele (2013).

A career-oriented woman, some may say that she is married to her career. Despite her busy schedule, Laflin has admitted that she is trying to get better with balancing her personal life.

Does Bonnie Jill Laflin Have Any Children?

No, she does not have any children- in the traditional sense anyway. An avid animal lover, Laflin has stated that “[her] dogs are [her] life.”

Yes she did. Upon completing high school, Laflin went to the University of Texas where she eventually graduated with a bachelor’s degree in broadcast journalism.

Bonnie Jill Laflin currently splits her time between Los Angeles and Dallas, Texas. Unfortunately, we do not have any further details or photos of her home at this time.

What Kind of Car Does Bonnie Jill Laflin Drive?

A determined advocate, Laflin has worked with several organizations over the years in attempts to better the lives of animals around the world.

In 2010, the sportscaster founded Hounds and Heroes, a non-profit that aims to rescue dogs from shelters  and train them as therapy and service pets for military veterans suffering from PTSD.

A former spokesperson for PETA’s Buck the Rodeo Campaign, she has also worked with Best Friends Animal Society, a nationwide animal advocacy organization in the past.

In addition to her work with animal advocacy, she’s also participated in several US Organization tours.

Back when she was a cheerleader for the San Francisco 49ers, she was awarded a Super Bowl ring- the first ring to have ever been received by a cheerleader, for her substantial contribution to the teams’ success.

How Much Did Bonnie Jill Laflin Make Last Year?

Regrettably, we do not have any information on Bonnie Jill Laflin’s 2016 earnings at this time.

To stay on top of her news and announcements, be sure to follow Bonnie Jill Laflin on social media- you can find her on both Instagram and Twitter.