Justin Roberts Net Worth 2018 – How Wealthy is the Youtuber? 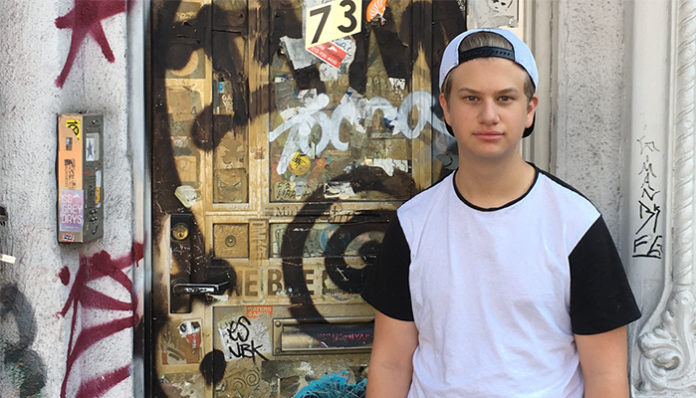 Social media’s next big star, Justin Roberts is perhaps best known for his vlogs and comedy skits on Youtube. Determined to make it big, he has made it his personal mission to entertain people from around the world. On his road to stardom, the teen’s channel has already been viewed over 5.3 million times!

As if that’s not enough, Roberts is also a member of Jake Paul’s popular Team 10. A group of web celebrities, the crew collaborate together on a regular basis- in fact, they have their own Youtube channel, which has amassed more than 2.2 million subscribers. Some of his fellow members include Erika Costell, the Martinez Twins, Chance Sutton, Anthony Trujillo, among a few others.

With all that said, how successful has his social media career been? Does he earn a decent amount from his online endeavours? According to sources, Justin Roberts currently has an estimated net worth of $50,000. What has he managed to accomplish over the past few years? Let’s take a look.

How did Just Robert Make His Money & Wealth? 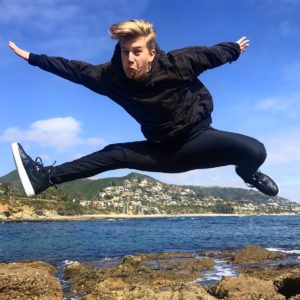 Born on August 17, 2002 in Miami, Florida, Justin Roberts spent the majority of his childhood playing sports; basketball in particular, remains to be one of his favourite hobbies. Unfortunately, not much else is known about his early life. Though the timing is a bit unclear, he has since moved to California, where he attends a local high school. Ultimately, it was just a few years ago that he first got involved with social media.

Taking advantage of technology, something that he’s always been fond of, Roberts created himself a Youtube channel in April 2016- he was only fourteen years old at the time. Some of his early uploads include Stone Harbor Summer Blog, Aspen, I’m Making an App, Vlog at the Grove, and I Almost Got Ran Over by a Zamboni. Dedicated to entertaining his fans, he’s since posted over 70 videos to his account!

Not only does he vlog on a regular basis, but he also posts a variety of other content from reaction videos to comedic skits. Still, it wasn’t until this past summer that his Youtube following really began to grow. As of October 2017, Roberts has amassed over 188,000 subscribers and more than 5.3 million views across his channel. Considering how big these numbers are, it’s only natural that he’s been capitalizing on his online presence.

As you probably already know, Youtube is a relatively easy platform to monetize. Given that you’ve signed up to become a Google partner, you’re able to earn upwards of a few dollars in ad revenue for every 1,000 views. While this may seem like a small amount, it quickly adds up if you have the right amount of views (e.g. thousands, tens of thousands, millions). In fact, it’s not uncommon for some of Youtube’s most popular users to be able to live off of the paycheque alone!

By now, you’re probably interested in knowing how much Roberts makes from his Youtube channel, so let’s take a look. Assuming that 2.1 million of his views are monetized (e.g. 40% of his total view count), and that his pay is at least $2 per 1,000 views, his earnings would be close to $4,300- and that’s just the low end. Depending on various factors such as one’s location, audience and content, the pay rate can be as high as $5/1000 views.

Perhaps responsible for his recent wave in popularity, Roberts is also the youngest member of Team 10. A group of like-minded individuals, they have their own channel on Youtube to which they post to on a regular basis. Currently, their roster includes Lucas Dobre, Jake Paul, Marcus Dobre, AJ Mitchell, Alex Lange, Tristan Tales, Tessa Brooks, and many others.

From their inception (e.g. last summer) until now, their fanbase has already grown to surpass the 2 million on Youtube! In just a little over a year’s time, Team 10 have managed to garner over 77.7 million views on their channel!

Though it’s unclear how exactly the dynamics work behind the scene, it’s probably fair to assume that Roberts receives a fair share from his work with the squad.

No- seeing as how he’s still in his mid teens, it’s a little early for him to worry about getting married! From what we can tell, Roberts is currently single.

Does Justin Roberts Have Any Children?

No, Justin Roberts does not have any children.

Did Justin Roberts Go to College?

At fifteen years old, Roberts is currently still a high school student. At this time, it’s unclear whether or not he plans on attending college following his graduation. For all we know, he might just decide to focus his attention on his burgeoning social media career. Regardless, he still has a few years left to decide on what he wants to do!

Some speculate that Justin Roberts currently resides in the Team 10 home. We do not have any pictures of his abode to share with readers at this time.

What Kind of Car does Justin Roberts Drive?

For now, he’s still too young to get a driver’s license- check back in a few years!

How Much Did Justin Roberts Make Last Year?

If you want to stay on top of what’s going on, be sure to follow Roberts on Youtube! Alternatively, you can also see him on the Team 10 Youtube channel.