Alyson Hannigan Net Worth 2018- Just How Rich is She? 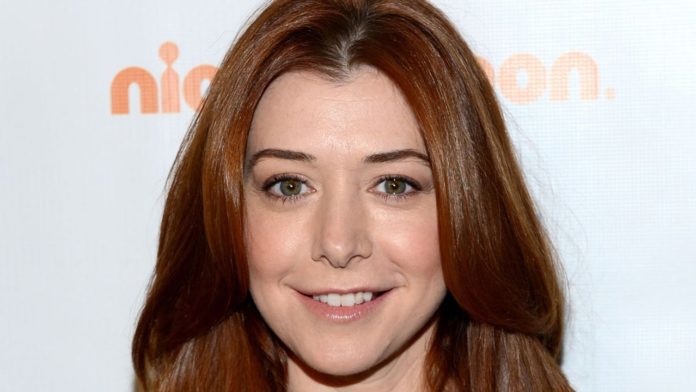 I have been looking forward to this one. Been a fan of Alyson Hannigan for years, since Buffy The Vampire Slayer, and the American Pie flicks were a big part of my teenage years. She has been working in the business from a young age, getting her start in commercials in the mid eighties before appearing on film and television. She has gone from strength to strength, with a major role on Buffy and a lead role in a number of movies. Her time on How I met Your Mother is why she is on my current list though, seen as I am going through the main cast now. May well go back and take a look at the income of the former cast of Buffy, I imagine Nicolas Brendan’s would interest me greatly, but for now let’s focus. She has been in two huge long running shows, and as I am so fond of saying, the longer a show goes the bigger the chances of getting a slice of the back end, and those checks tend to not stop coming. It means that all told Hannigan is sitting on a nice fortune, and one that is unlikely to run out any time soon.

So let’s dive right in, take a look through her career, see where she made her money and how much she is worth today.

How Did Alyson Hannigan Make Her Money & Wealth? 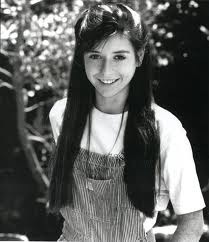 Alyson Hannigan was born on March 24th 1974 in Washington DC. Her parent split in 1976 and she moved to Atlanta with her mother. She started appearing on local commercials in the late seventies, and shortly after turning eleven she and her mother moved to Hollywood. She landed a minor film role less than a year after moving, 1986’s Impure Thoughts, but she would not land a major role for a number of years. Being a child actor tends to not lead to later life success, but in Alyson’s case it very much did and in the mid nineties she landed a major role in Buffy The Vampire Slayer.

Created by Joss Whedon in 1992 as a film in heavily bastardized form, the TV show based on the same concept was a major hit, running from 1997 to 2003. I watched it an awful lot as a kid, and Hannigan played a main role on it. That of Willow Rosenberg, the nerdy friend of protagonist Buffy Summers. The drastic changes her character underwent over the course of the shows run were impressive, growing from a mere helper to one of the shows main movers and shakers, at one point trying to end the world with magic powers. Her relationship with another woman, Amber Benson’s Tara Maclay, was landmark television, and she was able to play the part perfectly, making the relationship feel emotive and real, rather than exploitative.

Early days on Buffy were not likely to have been lucrative, likely even less than a new sitcom, but the show was big for a time, and by the end of the show’s run Alyson was reportedly making $60,000 per episode, that’s season’s 5-7. In addition to a cut of the back end, but I cannot confirm that. it is pretty likely though. A great start to her fortune, which was fair before Buffy, but it really grew here. Half way through the show’s run she landed a role in a film that would go on to be both influential, and have a fair number of sequels too. American Pie.

I loved those films as a teenager, and the first three did remarkably well at the box office. The pay for the first flick was low though, couple a hundred grand for the main cast, and seen as Alyson was a bit below the likes of Jason Biggs she made even less. Not as little as Sean William Scott though, playing break out character Stiffler, who made on $8000 for his performance. She made more in subsequent films, reaching $3 million by the time American reunion rolled around.

The mid 2000s would see Alyson landing another huge role, that of Lily Aldrin in How I met Your Mother. The long running sitcom was a major hit, and that means big money for the stars. Easy season were not nearly as impressive monetarily as the latter ones, with Alyson making a little over $30,000 per episode, but by the end of the show’s run she was pulling in in excess of $250,000 per, in addition to a cut of the back end. It all adds up over time, and with both Buffy and HIMYM sending checks every month it is unlikely that she will ever find herself destitute.

Recently she has taken a step back from acting and instead turned to hosting and producing Penn & Teller’s Fool Us, a great show, well worth watching if you have even a passing interest in magic. Should be interesting to see what she does going forward, I would like to see her return to something long running.

She is, and to Alexis Denisof as it turns out. For those who are not fans of Buffy and Angel, Alexis played the bookish Wesley on the show. He was to replace Giles as Buffy’s watcher, and was used to throw Giles in contrast, kinda like Niles to Frasier on Frasier. He went on to play the character on Angel, where he was excellent. The couple have two children.

Where is Alyson Hannigan from?

Alyson Hannigan is from Washington DC.

What kind of Philanthropy is Alyson Hannigan involved in?

She has been involved in a number of charities, most notably Breast cancer awareness, she appeared on a number of ads promoting the cause.

She does not, much to my chagrin, but she as a talented clarinet player back in the day.

She did. She used to baby sit Bob Saget’s kids long before HIMYM. Granted, Saget didn’t actually appear on the show, but he played the future voice of Ted Mosby on the show. Fun connection there.