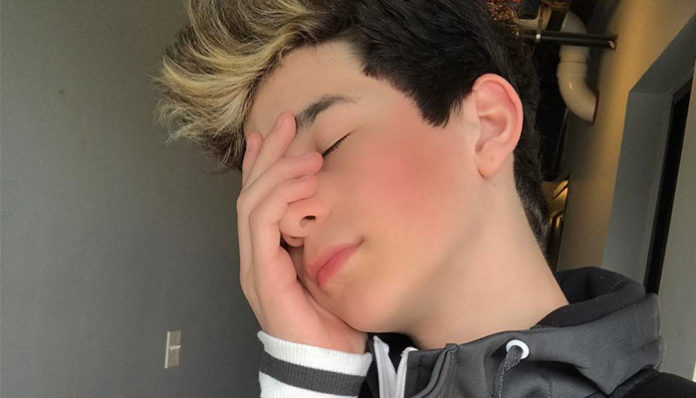 Despite his young age, Brandon Rowland is a social media star with millions of followers online. Following in the footsteps of his older brother Hunter Rowland, who also happens to be a web celebrity, he has gained himself an audience on several platforms including Vine, Twitter, Instagram, Facebook, and Youtube.

Despite having only uploaded a couple of videos to his channel, the teen has amassed over 150,000 subscribers on Youtube alone. On top of that, he often appears from time to time in his brother’s vlogs. As far as other collaborations go, Brandon has also worked with Nick Beans, Ashton Dallas, and Cameron Dallas on several occasions in the past.

In 2016, the Florida native also took part in the MagCon and VidCon Tours, which yielded him some additional exposure. With all that he has going for him, one has to wonder- how much does the teen make from all his online endeavours? Is his social media career as lucrative as it sounds?

According to sources, Brandon Rowland currently has an estimated net worth of $200,000. Where did he make this money from? Let’s take a closer look and find out.

How did Brandon Rowland Make His Money & Wealth? 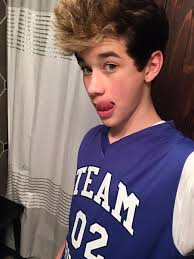 Born on September 4, 2002 in Florida, Brandon Rowland is the second oldest out of three children, he has two brothers, Ashton and Hunter both of whom are also active on social media. A natural performer, he is both skilled in guitar and dance. Unfortunately, not much else is known about his childhood at this time.

Prior to ever launching his own social media account, Brandon guest starred in many of his brother’s videos. Not only did he appear on Hunter’s Vine videos, but he also made several appearances on his YouNow channel. Ultimately, it was on the live-streaming platform that the siblings first rose to fame- as it happened, one of their choreographed dances had gone viral, garnering more than 12 million views.

Following that, Brandon made his own Vine and YouNow accounts, both of which he updated on a regular basis. With the clips that he posted, he easily gained thousands of followers across the two sites. Before long, he also got involved with Musical.ly, a lip-syncing app that is particularly popular among teens.

More recently however, Brandon has been spending more time on Instagram. A social media influencer with over 2.3 million followers, his posts easily receive upwards of ~150k likes. With the engagement that he has, it probably wouldn’t be too far fetched to say that he’s able to monetize his account. In fact, it’s fairly common for web celebrities to post sponsored material in exchange for a small fee.

Obviously, we have no way of telling how much he’s received (if any) from such stints. Nevertheless, it’s something to keep in  mind.

Another thing that he has going for him is his Youtube channel. Despite the fact that he’s only uploaded one video (Brandon Rowland Q & A) to his account, he has amassed over 124,000 subscribers with more than 494,000 views. Perhaps even more impressive is the fact that said video still receives upwards of a few hundred views per day.

Let’s assume for a second that Brandon has been monetizing the one video- how much would it have yielded him so far? Assuming that he makes between $2 to $5 per 1,000 ad views, and that a little less than half of the total view count is monetized on the site, it would translate to earnings of around $400 to $1000- not bad for just one video!

But the thing is, he has a second Youtube channel! Unlike his primary account, Brandon has dedicated this one for vlogs. Since it was first created in October 2016, it has gained over 45,000 subscribers with more than 352,000 views. Interestingly enough however, his secondary channel is also sparse with videos- two to be exact. So far, he has posted two clips, *Almost Kidnapped*, and Brandon Rowland Vlogs.

In addition to his ventures on social media, Brandon has a few other things going for him- for instance, he took part in the MagCon and VidCon tours last year, which allowed him to meet and greet many of his personal fans.

On television, he recently also appeared in the Netflix series, Chasing Cameron (2016). As its title implies, the show centres around Cameron Dallas, who also happens to be one of Brandon’s many friends. According to IMDb, the teen appeared friendly in the eighth episode, “Second Date.”

Summarizing again what’s been said above, Brandon Rowland currently has an estimated net worth of $200,000. From everything that we’ve mentioned previously, it’s obvious that this amount comes from a number of sources, including his social media accounts and public/TV appearances.

No, Brandon Rowland is not married- which isn’t too surprising considering he’s only 15 years old. At this time, he does not appear to be in a relationship.

Does Brandon Rowland Have Any Children?

No, he’s a little too young to be a father.

Where Does Brandon Rowland Go to School?

Unfortunately, it has never been revealed where exactly Brandon Rowland goes to school.

Seeing as how he’s still a minor, Brandon Rowland currently lives with his parents and siblings in  Florida. We do not have any pictures of his house to share with readers at this time.

What Kind of Car Does Brandon Rowland Drive?

Brandon Rowland is currently too young to be driving- perhaps check back in a couple of years!

At just fifteen years old, Brandon Rowland has amassed over 2.3 million followers on Instagram, 140K subscribers on Youtube, 634K followers on Twitter, and 204K likes on Facebook. If anything, his popularity will only continue to climb up with time.

How Much Did Brandon Rowland Make Last Year?

Regrettably, we do not have any information available on Brandon Rowland’s 2016 earnings.

If you want to stay on top of his latest announcements, be sure to follow Brandon Rowland on social media- you can find him on Twitter at @brandonrowland.