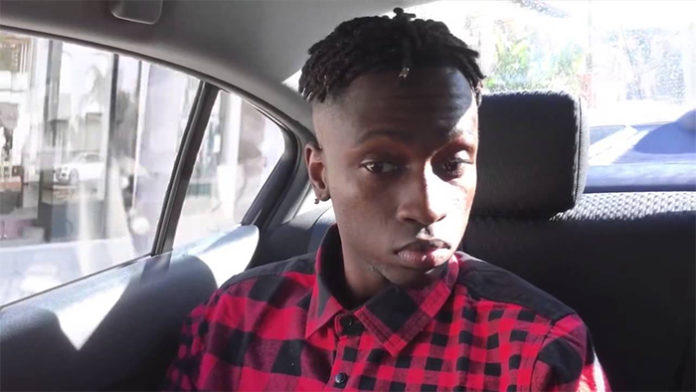 From Boston, Massachusetts, Max Jr. originally rose to fame on Vine in his early twenties. Known for his “Smack Cam” clips, his following quickly grew on the video app- by the end of 2013, he had well over one million followers. Close friends with Jerry Purpdrank and Daniel Nyugen, they often collaborated together on creating videos.

Aside from Vine, which has since been shut down, the twenty something is also well known on Instagram, Facebook, and Twitter. Though not as active as his other accounts, he also has a decent following on Youtube, where he posts a variety of comedic videos. As of 2017, his channel has received over 1.2 million views combined.

More recently, Max. Jr has also been producing his own music- which he shares with fans on Soundcloud. Some of the tracks that he’s since released include, Night, Diamonds, Music Box, Antique, and Trophies. Will he be releasing an album anytime soon? Only time can tell.

With all that said, how wealthy is the former Vine star? Is the 25 year old doing well for himself? Unfortunately, his net worth for 2018 is still under review- having said that, let’s go some of the highlights of his career so far.

How did Max Jr. Make His Money & Wealth? 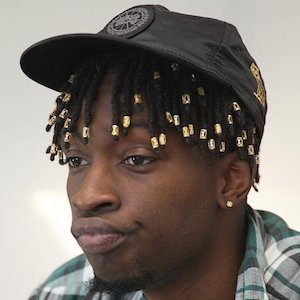 Born on April 9, 1992, in Boston, Massachusetts, Max. Jr. (Real Name: Max Isidor Jr.) was raised in the small town of Randolph. Unfortunately for us curious fans, not much has been revealed about his early life. What we do know however, is the fact that he first got into social media during his sophomore year of college. More specifically, it was his friend Jerry Purpdrank, that first introduced him to Vine.

With that, the physical therapy student made himself a Vine account the summer before his second to last year at school. Putting together a number of six second clips, he gradually built a following on the platform. From there, he was eventually catapulted into fame with the release of his first “Smack Cam” video.

Extremely popular, the “Smack Cam” clips saw him smacking a number of individuals with items such as jelly, peanut butter, shaving cream, etc. The viral hit that he needed, it effectively launched his online career. At one point, his Vines were even featured on television on shows such as Jimmy Kimmel Live. Surprising even himself with his success, he managed to accumulate over one million followers by the end of the summer.

With the audience that he had on Vine, it’s likely that Max Jr. received a fair share of endorsement offers on the platform (as it’s often common with web celebrities). While it’s unclear how much exactly he’s yielded from such gigs, it’s not unheard of for some social media personalities to earn upwards of a few thousand dollars for a single sponsorship campaign!

Aside from the now defunct Vine, Max Jr. is also well established on Instagram, where he has close to 800,000 followers. Looking at his feed, his posts easily receives thousands of likes each (his videos even more so). Similar to what he had on the video app, he likely makes some money on the side from posting sponsored content on Instagram as well.

Though not as active as his other social media accounts, his Youtube channel also has a decent following with over 1.2 million views. Similar to Vine, Max. Jr uses the site as a platform for his comedic videos- as of 2017, his most popular upload, Latina Women Know Exactly to Say and do Sometimes has been viewed over 113,000 times. Some of his other top videos include The Booty Assassin, When You Accidentally Sneeze Around Your Black Friends, and When You Finally Get the Girls Number.

How much has Max Jr. made from his Youtube channel? For simplicity’s sake, let’s assume that he makes $2 for every 1,000 ad views (e.g. the lower end of Google’s pay scale) that he receives. If that were to be true, his earnings would be close to $1,000- of course, this is just an approximation.

Since last year, the twenty something has also been getting into music. More specifically, he has started to create his own beats, which he uploads to Soundcloud. Despite being a new venture for the star, he has already gotten himself over 8,600 followers on the site.

No, he is not married. In fact, from what we know, he is currently single.

Does Max Jr. Have Any Children?

No, the 25 year old star does not have any children.

Did Max Jr. Go to College?

Yes, he did at one point. After completing high school in 2010, Max Jr. went to study physical therapy at a local college. Like many online celebrities before him however, he eventually chose to drop out to focus on his Vine career. Looking to expand his opportunities, he moved to Los Angeles shortly afterwards.

Is Max Jr. His Real Name?

Yes, it is his real name- his full name is in fact, Max Isidor Jr.

Where Does Max Jr. Live? Pictures of Max Jr.’s House

The last that we heard, Max Jr. was still living in Los Angeles, California. At this time, we do not have any further information on his location, nor do we have any photos of his house to share.

What Kind of Car Does Max Jr. Drive?

A star in the online world, Max Jr.’s greatest accomplishment is perhaps that of his “Smash Cam” Vines, as they were ultimately responsible for his rise to fame.

Currently, he has 141K followers on Twitter, 796K followers on Instagram, and 8.6K subscribers on Youtube. As a budding music artist, he also has a growing fanbase on Soundcloud.

How Much Did Max Jr. Make Last Year?

We do not have any information on Max Jr.’s earnings for 2016 at this time.