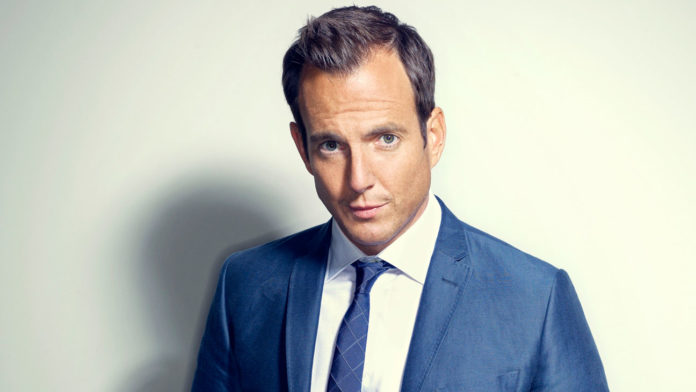 Will Arnett is wonderfully funny. Which is why I was surprised to find out that although he started looking for work in the early nineties he saw very little success until the early 2000s. That is a long time to be without work in ones chosen field, and many would have long given up. I am glad he didn’t as if he had we would not have had our screens graced with the hilarious GOB Bluth on Arrested Development. The family screw up, the outsider, the freak, The Magician. One of my favorite characters, narrowly losing to Lucille, his performance on Arrested Development propelled him to the mainstream. Not often appearing on a failing TV show can do that, a real testament to the actual quality of it, and by extension Arnett’s talents. Since then he has appeared in a wide variety of shows, both television and film, and has put that distinctive voice to work, with a wonderful body of voice over roles.

So let’s take a look at his net worth, see how he got to where he is today, and see where he might be going int the

How Did Will Arnett Make His Money & Wealth? 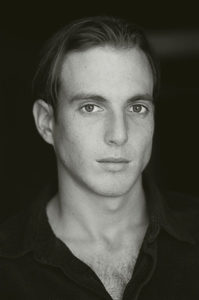 Will Arnett was born on May 4th 1970 in Toronto Canada. His family are from Manitoba, but moved to Toronto for work. His father was the CEO of Molson Brewers for three years. Arnett was not a good student, being expelled from Lakefield College after one semester for being a “Trouble Maker. He eventually graduated from Leaside High School before moving to University to study acting. he dropped out after one semester there. He auditioned locally for commercials, but saw little success. In 1990 he moved to New York to study acting at Lee Strasberg Theater and Film Institute. He appeared in play locally to support himself, and in 1995 landed a part in an independent film called Erie, which also starred Felicity Huffman, of Desperate Housewives fame.

A few more indy films followed, but nothing with any mainstream success. In the mid nineties he began auditioning for pilots, but year after year, pilot after pilot he saw no success. By the late nineties he had appeared in half a dozen pilots that failed to find a network, and by 2000 he was at an all time low point. He began drinking heavily. he had always been a heavy drinker, but now he lost himself in the bottle, convinced that his career would never go anywhere. In 2003 a friend, in an attempt to get him out of his depression, made him audition for a new pilot, Arrested Development.

Well that one turned out well for Arnett. Arrested Development was not a success during it’s first run. The show was a critical darling, but failed to find an audience, and was cancelled after three seasons. Well, mostly three seasons. Season 2 was 18 episodes long, while season 3 was 12. Still, Arnett was superb as the conniving middle child, GOB Bluth, pronounced like the biblical Job and short for George Oscar Bluth Bluth. For many he is the high point of the show, and even I admit that he has the most quotable lines. His front of not caring belies a desperate need for attention and respect, constantly trying to prove himself, or earn the affection of his family, and never succeeding, 100% of the time as a result of his own lack of moral compass. It makes for great television.

I cannot find concrete info on the salary of the cast for the show, but due to it never really taking off I can assume that the salaries were stuck at the first year sitcom rate, usually between $10,000 and $30,000 at the time, and even these days for that matter. Not bad considering how terrible Arnett’s early career was. His role on AD was a launch pad to success, a rarity for the star of a failed sitcom. He appeared all over the place, with minor roles in hit shows like Parks and Recreation, The Office and Will and Grace and even a variety of recurring parts, 30 Rock, The Increasingly Poor Decisions of Todd Margaret and A Series of Unfortunate Events.He also carved out a niche in the voice over world, using his distinctive talents there to good effect, with roles in major films like Ratatouille and Horton Hears a Who. The sheer number of roles more than makes up for his slow start in the business.

Arrested Development returned in 2013, and Will Arnett was back as GOB Bluth. The forth season of the show was a bit of a mixed bag. I loved the experimental nature of it, how re watching the season is imperative to getting it, but I feel like the lack of synergy was felt. The cast was disparate, no long bouncing off one another, and that is mostly down to the fact that they are all so busy these days. I do know what they were paid though. The episodes each have a different POV character, as opposed to just focusing on Michael as in the original run. So any episode centered on GOB would net Arnett $125,000. If he appeared for more than 90 seconds he got $50,000 and less than 90 scored him $10,000. Not a bd pay day there. There is a new season on the way, filming began in August passed there, and all of the cast are together again, so I expect a nice blend between the new style and the old.

Cannot finish this article up without talking about the newest critical darling under Will Arnett’s belt. The cult sitcom Bojack Horseman. The show is terrific. A dark and often surreal look at a real horse dealing with depression and nihilism, existentialism dark cousin. Arnett ties the whole thing together, making us hate Bojack, love Bojack and throw up with Bojack all the live long day. If you haven’t seen it it give it a go. The fist half of the first season is a bit of a slog, but when it clicks you will be hooked.

Things are looking pretty good for Will Arnett going forward. He has a few long running shows to work on, he’s got Arrested Development sporadically coming out every few years and he is now the voice of Batman, anytime they want to make Batman funny at the very least. Should be interesting to see what he releases next year.

Is Will Arnett Married?

He is not. He has been married twice, first from December 1994 to January 1995 to Penelope Ann Miller. I cannot find a reason for so short a marriage. He married Amy Poehler in 2003, and they divorced in 2016. They had two children together.

Why did Amy Poehler and Will Arnett Divorce?

According to sources they simple drifted a part. Both were dealing with a rising career and two children, and they lost their romantic interest in one another. It happens sometimes.

Where is Will Arnett from?

Will Arnett is Canadian, born in Toronto. He holds dual citizenship.

Does Will Arnett Speak French?

He does, though he has a heavy North American accent. it is fairly common for Canadians to speak at least conversational French, and be able to understand it, but Will apparently speaks the language fluently.

What is Will Arnett’s Gamerscore on Xbox Live?

Will Arnett goes by the name RonCore on Xbox Live. I took a look at his profile, and he is sitting on 73,934 gamerscore. The average Gamerscore 2 years back was only 11,000 or so, so Mr Arnett is way above average.