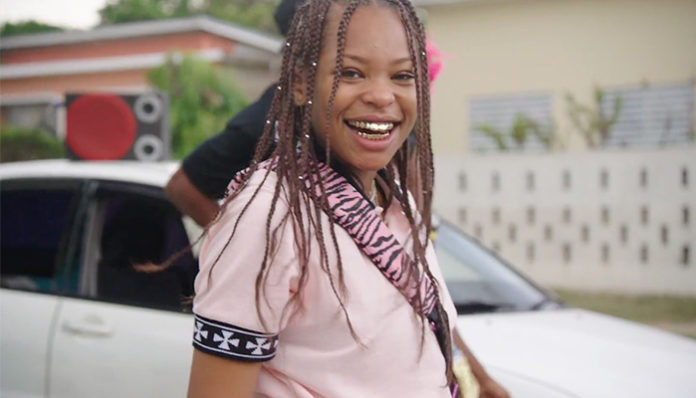 The only female member of Lil Yachty’s Sailing Team, Kodie Shane rose to fame after contributing to their hit track, All In. Having said that, she had dropped a few solo projects prior to her breakthrough verse including a mixtape titled, 2060 and an extended play dubbed, Little Rocket.

More recently last fall, Shane collaborated with Lil Yachty on the single, Sad, which brought her some level of fame. From then until now, she has come out with several other titles including Start a Riot, Hold Up (Dough Up), Can You Handle It and Drip On My Walk. This past summer, she also released her latest album, Back From the Future.

As of 2017, her Soundcloud page has received millions of streams, a testament to her growing popularity. With the strong momentum that she has, there’s no doubt that she has the potential to become a star. Having said all of that, how successful is she money-wise?

According to sources, Kane Shane has an estimated net worth of $100,000. What are some of her greatest projects so far? From what has she amassed such a fortune? Let’s find out.

How did Kodie Shane Make Her Money & Wealth? 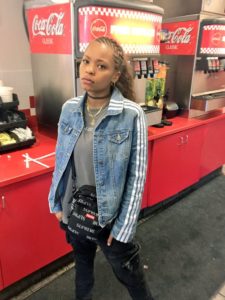 Born on October 28, 1998 in Atlanta Georgia, Kodi Shane spent her childhood completely immersed music- not only was her father a member of a Detroit-based vocal group, but her sister, Brandi, was a member of the platinum-selling girl group, Blaque. Growing up, she often listened to Fabolous, Cam’rom, Ja Rule, and Ashanti. Interestingly enough however, her original aspiration was to play basketball- it wasn’t until she was 11 years old that she let go of that dream.

From that point onwards, Shane knew she was going to pursue music. Despite her newfound goal however, she didn’t know how to approach it- the specifics still escaped her. At that time, she “never really thought that [she] was going to be a rapper”. Ultimately, it wasn’t until a few years later, during her early teens that she decided to go for rap. Her first creation, Crown Me- a track that she went on to upload onto Soundcloud, was written when she was just fourteen years old.

By then, the teen was working with two local rap veterans, D. Clax and Matty P. As she continued to make music, the latter eventually showed her work to his associate, Coach K- the same name who manages Migos and Gucci Mane. Becoming her mentor, he later introduced her to fellow Atlanta rapper Lil Yachty, whose rise to success became an inspiration for Shane. Befriending each other, he then recruited her into his crew.

In March 2016, the aspiring artist released her debut EP titled, 2060. Produced by Matty P, J.O.N., and D. Clax, it boasted six tracks, Back and Forth, Sad, You, Go to War, Way Up, and Pray For October, all of which featured Shane’s songwriting talent. As it happened, Sad quickly caught on among fans, becoming a huge hit online. The most popular title from the project, it has since been streamed over 2.45 million times on Soundcloud. The official MV, uploaded onto her Vevo Channel, has also been played more than 6.6 million times.

Then, later that summer, Shane released her first extended play, Little Rocket. Packed with three vaporous R&B titles, the track list included Losing Service, Can You Handle It, and I Want To. Combined, they have been streamed over one million times on her Soundcloud account. Though not as popular as her previous effort per se, it proved to be another solid addition to her growing catalog.

Soon afterwards, she received the break that she had been waiting for all this time after contributing a verse to Lil Yachty’s hit single, All In. Released on June 20, 2016, the song quickly racked up the hits on various outlets online. A tribute to his crew, which also consists of Kay the Yacht, You, The Good Perry, BigBruthaChubba, K$upreme, $oop, and Jban$2Turnt, its music video has since been viewed over 11.8 million times on Youtube.

Not only did the single expand her audience, but it also boosted her online presence. A few months later, Shane was featured in Jae Rhymez’s track, Currency. One of her first guest appearances, it went on to garner over 160K streams on Soundcloud. On Youtube, the official audio has also been played a few tens of thousands of times.

From there, she landed another feature in Lil Map’s Mystery Man. Released through Newflight Records, its production was handled by Mr. Grayz, and Kjs Beats. Made available for streaming online, the track has since accumulate over 15K listens on Soundcloud. Though originally uploaded onto Youtube as well, it has since been taken down from the site.

Her second EP, Zero Gravity was released on December 2, 2016. A compilation of both old and new tracks, the project once again showcases Shane’s seemingly limitless potential. Not only does the track list include her hit song, Sad (Feat. Lil Yachty), but it also boasted four additional tracks, Drip On My Walk, A Ok, Losing Service, and Can You Handle It. On Soundcloud, the extended play has garnered thousands upon thousands of streams, the most popular being that of A Ok with 270K listens.

Starting the new year off with a new release, Shane delivered her next project, Big Trouble Little Jupiter on January 17, 2017. A follow up to Zero Gravity, its production is handled primarily by D.Clax and Matty P, both of whom she’s known for many years at this point. Included in the ten-track playlist are Like a Rockstar, Be With or Without, Your Side, Stay For a Minute, So Throwed, 2 Minute, and Na Na Naa. Like her previous works, the mixtape is available for streaming on Soundcloud.

Her next EP, Back From the Future was dropped on August 25, 2017. Featuring her signature style, it boasted seven tracks including Cuban, Level Up, Normal, You Should Know, Indecisive, Get Right, and Runaway. A representation of what she’s capable of as a solo artist, the extended play has since been streamed over 40K times on Soundcloud.

While Shane would have received some earnings from the above-mentioned projects, they are not the only thing supporting her bank account. For instance, she also makes some decent money from putting on shows and concerts. Just last year, she performed a handful of shows across the United States and Canada (e.g. New York, Toronto, Mesa, Oakland).

In support of her recent releases, the rapper has also been hitting the road for a concert tour this year. Since February, she has been hitting dozens of venues in the country- more specifically, she’s put on over 30 performances so far. If you’re a fan, you’ll be happy to know that Shane has a few dates left for later this year in Detroit, Chicago, and her native Atlanta. For more information on the dates and venues, be sure to check out her official website.

As far as alternative income sources go, it’s presumed that the rapper also receives a decent stream from her Youtube channel. Since 2014, she has amassed over 84,000 subscribers with more than 10.6 million views. Currently, her most popular video, Drip On My Walk has been played over 4 million times. Some of her other top uploads include Hold Up, Losing Service, Flo Up, and Uber Everywhere.

In the case that she’s a Google partner, she’d be able to earn upwards of a few dollars for displaying advertisements on her videos. So, assuming that this is true, how much has she made so far? Considering the fact that she has over 10.6 million vides, she would have made at least $8000 so far.

Retiring what we said earlier, the 18 year old rapper has an estimated net worth of $100,000 as of 2017. Drawing from everything that we’ve discussed above, it’s clear that she made this amount from her record sales, concerts, tours, and ad earnings. Judging by the direction that she’s going off in, it’s highly probable for her net worth to increase over the next few years.

No, the rapper is not married. While she isn’t married per se, she has been in a relationship with her current boyfriend since 2016, though his identity has not been revealed.

As much as it may disappoint fans, she is not dating Lil Yachty or Lil Uzi Vert (she has since denounced said rumours in an interview).

Does Kodie Shane Have Any Children?

No, Kodie Shane does not have any children that we know of.

Did Kodie Shane Go to College?

No, from what we can tell she has not gone to college. Freshly out of high school, she has been focusing all her time on her burgeoning rap career. At this point, it’s unclear whether or not she plans on continuing her education sometime in the future.

Is Kodie Shane Her Real Name?

From what we can gather, Kodie Shane currently resides in her hometown of Atlanta, Georgia. Seeing as how not much is known about her personal life however, we do not have any details on her location to share at this time- nor do we have photos of her house.

What Kind of Car Does Kodie Shane Drive?

We do not have any information on Kodie Shane’s vehicle at this time.

Since her debut, the young artist has amassed hundreds of fans with millions of streams on Soundcloud. Despite just being eighteen, Kodie Shane has released a number of hit singles including Hold Up (Dough Up), Sad, Dip On my Walk, NOLA, and Can You Handle It. Perhaps even more impressive is the fact that she’s released five albums within two years. Her most recent EP, Back from the Future was made available in the summer of 2017.

How Much Did Kodie Shane Make Last Year?

As mentioned earlier, Kodie Shane has been spending much of this year putting on concerts at different cities across the United States. In fact, she still has a few shows planned- for more information, visit her official website at http://kodieshane.com.

In terms of music releases, her latest drop, Back From the Future was made available on August 25, 2017. What does she have in store for fans at this point? We’ll just have to wait and find out.