Dobre Twins Net Worth 2018 – How Much They Make Per Year 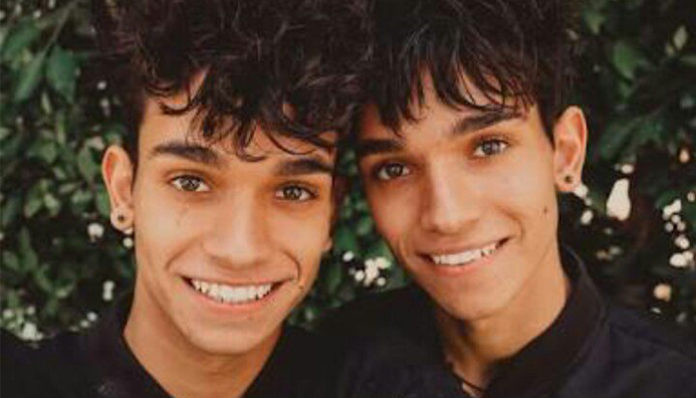 Lucas and Marcus Dobre- aka The Dobre Twins, originally rose to fame on Vine under the name, Twinbotz. Both skilled dancers, their versatile stunts quickly earned them thousands of followers on the platform. By July 2016, their fanbase had grown to surpase the 1.8 million mark, making them one of the most popular duos on the site.

Since the app shut down, the brothers have continued to upload videos to their Youtube Channel, TwinbotzVids. Not only do they showcase various gymnastic feats, but they also post comedic skits, pranks, and challenge videos, all of which easily receive millions of views each. As of 2017, The Dobre Twins have over 5.3 million (and growing) subscribers. Aside from Vine and Youtube, they’re also well known on Instagram Twitter, and Facebook.

As if that wasn’t impressive enough, it was recently announced that the twins had been signed to the global network, Fullscreen. According to various sites, The Dobre Twins currently have an estimated net worth of $300,000. From what did they earn this amount from? How much revenue do they generate from their Youtube account? Let’s find out.

How did The Dobre Twins Make Their Money & Wealth? 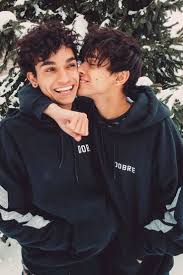 Born on January 28, 1999, in Gaithersburg, Maryland, Lucas and Marcus Dobre are the sons of Boyz Mofid and Aurelia Dobre, the latter of whom was a world champion gymnast; they have two brothers named Cyrus and Darius. Trained by their mother, a former Olympic medalist, the brothers got involved with gymnastics at a young age.

At the age of fourteen, the siblings decided they wanted to show off their athletic talent on Vine, a new social media app at the time. Creating an account under the name “Twinbotz”, they uploaded a number of six-second clips of them performing various choreographed routines. Though it took a while for their page to grow, with time, their following eventually began to increase.

Spending their free time making videos, their hard work soon paid off. By December 2014, they had amassed over 300,000 followers on Vine- a significant feat for any teen. Keeping at it, their loop count continued to go up over the next few months. As their presence grew, they began to collaborate with other Vine stars including Jake Paul, SelfieC, and Lycia Faith.

To their surprise, they had over 1.8 million followers by late 2016. With the audience that they had, it wouldn’t be surprising if they had been offered endorsement opportunities by brands and companies. At the peak of Vine’s era on social media, it wasn’t uncommon for web celebrities to be paid a few grand per sponsorship campaign after all.

Since then, Lucas and Marcus have been focusing on Youtube. Even more popular than their Vine, they’ve amassed over 5.3 million followers as of 2017. Across their channel, the twins have also received more than 765 million views. To date, their most popular video, the MV for their song, You Know You Lit has been viewed over 22.9 million times. Some of their other top uploads include Crazy Dares in Grocery Store!, We Can’t Believe We Did This in Our Parents Room, and 5,000 Marshmallows in Pool!.

With the views that they get, it’s obvious that they’ve been monetizing their popularity on the site. As it’s probably common knowledge by now, it’s easy for Youtubers to earn revenue by becoming a Google partner. By displaying ads on their content, users are able to earn a fixed amount per 1,000 views.

So, how much have The Dobre Twins made from their channel so far? Assuming that less than half of their total views are monetized (e.g. typically 40%), they would have received anywhere from $600,000 to $1.5 million- that is, before Google’s cut. How many teenagers do you know that are able to make six figures?

Speaking of Youtube, they are also members of the famed supergroup, Team 10. Created by Jake Paul (whom they first collaborated with back in their Vine days), the crew also consists of Alissa Violet, AJ Mitchell, Alex Lange, and many others. One of the most popular social media groups on the internet today, they have amassed over 2.2 million subscribers on Youtube as of October 2017.

On their group channel, The Dobre Twins have contributed a number of videos including Most Likely to w/ The dover Twins, Swallowing Toxic Gum, and Chubby Bunny Challenge, among a few others.

Reiterating what’s been said earlier, the twins currently have an estimated net worth of $300,000 (each). From all that’s been mentioned above, it’s apparent that they have multiple streams of income including their former Vine account, and Youtube channel.

Are The Dobre Twins Married?

No, neither of the twins are married. The last that we’ve checked, both brothers were currently single.

Do they Have Any Children?

No, The Dobre Twins do not have any children.

Did the Dobre Twins Go to College?

From what we can tell, the Dobre Twins have not gone to college. At this time, it’s unclear whether or not they plan on continuing their education.

After spending many years in LA, they announced that they had left Los Angeles in a tweet last year. At this time, we do not have any pictures of The Dobre Twins’ house to share with readers.

What Kind of Car do The Dobre Twins Drive?

Unfortunately, we do not have any details on the twins’ vehicles.

At just 18 years of age, the brothers have become one of the most popular twin duos on the internet, with millions of followers across their social media accounts.

Youtube celebrities with over 5.3 million subscribers, their videos continue to draw in millions of views on a weekly basis.

How Much Did The Dobre Twins Make Last Year?

At this time, we do not have any information on The Dobre Twins’ earnings for 2016.

Currently, the brothers post new videos to their Youtube channel every Tuesday, Thursday and Sunday. Don’t want to miss out on their uploads? Be sure to subscribe!