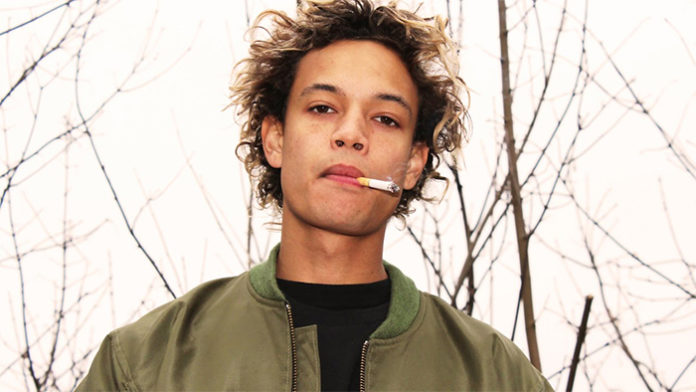 Originally from La Habra, California, Wes Period first made himself known with his 2011 EP, Friendly Fire. Despite his young age, he has continuously churned out unique, and refreshing sounds. A frequent collaborator, he has worked with many artists such as Mystery Skulls, Fat Tony, Lovelife,Jez Dior, and The Heavytrackerz.

Since the release of his debut EP, the emcee has dropped a number of singles, most of which involve the partying, and the California lifestyle. Some of his most popular songs to date include Champagne Champion, The Rules, Highs and Lows, Trap Star, and No Flowers. Just last month, Wes came out with a new record titled, Big Bag.

Despite being a relative newcomer, his work has already earned himself thousands of fans across the web. On Soundcloud alone, he has received hundreds of thousands of streams across his account. How far will his career take him? Only tell can tell.

Unfortunately, seeing as how he’s rather new to the rap scene, not enough information is available for a net worth estimate. Having said that, let’s take a look at how his career has played out so far.

How did Wes Period Make His Money & Wealth? 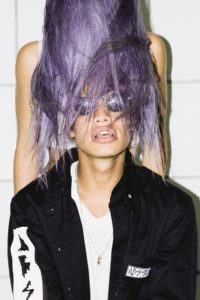 Raised in La Habra, California, Wes Period had his eyes set on becoming a professional basketball player as a boy. Aside from that however, he also enjoyed music. Growing up, Wes listened to a variety of artists such as Led Zeppelin and Elton John; he also enjoyed soul classics such as Curtis Mayfield and Luther Vandross.

Ultimately, it wasn’t until he got into middle school that his interest in music began to surpass his hoop dreams. Eventually quitting basketball, he fronted a punk band called Close But Not Quite. Together, they played at a number of venues, making themselves known in the local scene. From there, after a period of contemplation, Wes decided to pursue a solo career.

With his newfound goal, he began to take music more seriously in the early 2010’s. In 2011, he released his first EP titled, Friendly Fire. Over the next few years, he continued to hone his skills, frequently joining forces with other artists such as Ye Ali, Leonard Rashad, Feelgood, Kids of the Apocalypse, and Laura White, among others.

On Soundcloud, he also uploaded a number of tracks including No Flowers, Highs and Lows, Young Girl, Come Get Me, and Lovely Drug, all of which have garnered thousands of streams.

Most recently on January 12, 2017, the rapper released his debut album titled, Late Bloomer. A light-hearted project, it touches upon a few topics including cynical romances and growing up in single-parent homes. Produced partly by himself with help from O.txoa, Squad This, Supercookies, and a few others, the playlist contained twelve tracks, a few of which featured guest appearances from Sam Fischer, Kayla Blackmon, Clifton, and Andy Sportzkahr.

Considered his breakthrough hit by many fans, Late Bloomer came with the songs, If You Want Me, Stay Gold, Stupid AF, Juvenile Lifestyle, Love Alone, Mothers and Fathers, and Everything is Trees. Made available for streaming on Soundcloud, the playlist has since been listened to over 25,000 times- the most popular track, Everything is Trees has been played more than 18.8K times.

Aside from what he’s earned from the above releases, he’s also put on several on stage performances over the years. For instance in 2015, Wes entertained fans at half a dozen cities from Los Angeles, California to London, UK. Last year, he also held three shows- two at Los Angeles’ Resident Venue and one at West Hollywood’s Troubadour. At this time, it doesn’t look like he has any other shows booked for 2018 (but of course, this can change).

As far as other monetary sources go, it’s likely that he’s been monetizing his Youtube channel. Though not a significant source of income by any means, it does offer him some extra cash on the side. Since he first launched his account in August 2010, he has amassed close to 2,000 subscribers with more than 103,000 views.

Currently, his most popular video, Champagne Champion has received over 40,000 views. A couple of his other top hits include his music video for Highs and Lows and the EP stream for Photosynthesis.

Assuming that he receives a couple of dollars for every one thousand views, his channel would have easily yielded him a few hundred dollars on the side so far.

A relatively private person, Wes Period has not revealed any details regarding his personal life. At this point in time, it’s unclear whether or not he’s in a relationship.

Does Wes Period Have Any Children?

No, Wes Period does not have any children as far as we can tell.

Did Wes Period Go to College?

Not much is known about his education history, having said that, it’s assumed that the rapper has not gone to college. If he has, he has not made any mentions of it so far.

What is Wes Period’s Real Name?

Up until now, the artist has not yet revealed his real name to fans.

Where Does Wes Period Live? Pictures of Wes Period’s House

Going by his Twitter location, Wes Period currently resides in his hometown in California. Unfortunately, we do not have any further details on his abode, nor do we have any photos to share at this time.

What Kind of Car Does Wes Period Drive?

We do not have any information on Wes Period’s vehicle at this time.

How Much Did Wes Period Make Last Year?

Over the past few years, Wes Period has contributed to a number of hit songs including Parachutes by Jez Dior, All That I Want by Baby.daddi, and Ammunition by YE Ali.

Of course, there’s also the release of his recent LP, Late Bloomer, which has been creating a buzz in the online rap community.

To stay on top of his news and announcements, be sure to follow Wes Period on social media- you can find him on Twitter at @wesperiod.