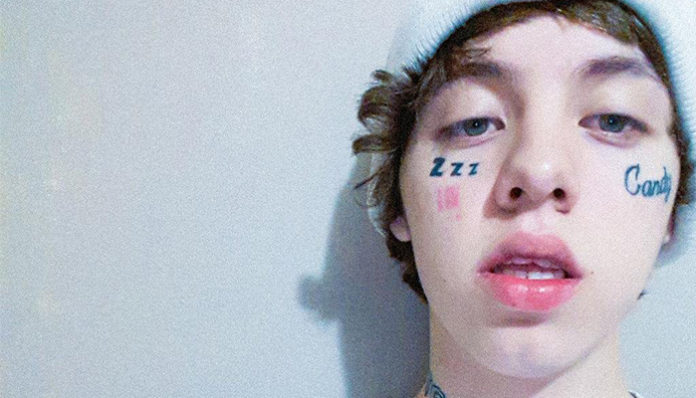 An emerging talent from California, Lil Xan rose to fame for his hit single, Betrayed earlier this summer. Despite being relatively new on the scene, he has amassed tens of thousands of fans on platforms such as Youtube and Soundcloud- in fact, he has over 79K followers on the latter alone!

Just last year, he released the mixtape, CITGO, which gave rise to the hit song, Who Are You. Speaking of popular tracks, Lil Xan is also known for Betrayed, Anarchy, Pills, No Love, Slingshot, and Heartbroken /3. Determined to rise to the top, he has come out with two news projects this year, Toothache and Xanarchy, both of which have created quite a stir in the rap scene.

On social media, the twenty something currently has over 10K followers on Instagram and 31K on Twitter. If anything, his popularity has only soared further with the release of his recent albums. Having said all that, how well is he doing for himself as a rapper? Has he been banking on his records?

According to sources, Lil Xan currently has an estimated net worth of $100,000. Where did most of this money come from? What are some of his greatest projects so far? Let’s take a look.

How did Lil Xan Make His Money & Wealth? 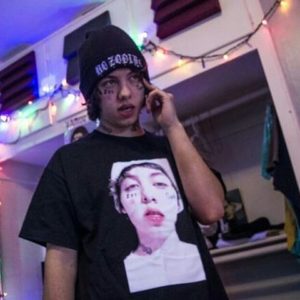 Born on September 6, 1996 in Redlands, California, Lil Xan is easily recognized by his face tattoo (which he got in honour of his mother, whom he shares a close relationship with). Growing up in Inland Empire, he listened to a variety of music, primarily the works of Playboi Carti, who remains to be one of his greatest inspirations. Unfortunately, not much else is known about his early life at this time as he’s still relatively new on the radar. What we do know however, is that he only just got into rap less than a year ago.

In September 2016, the rapper released his first project titled, CITGO. Made available on Soundcloud, its production was handled by Rich Beats, Yeeyay, Tasty, KanieltheOne, and Oohdem Beats. Despite minimal promotion, the mixtape garnered thousands of hits within hours of being uploaded online- the most popular track, Who Are You has since been played over 1.4 million times online. A 5-track project, the other titles included Goth Bitch, Been Bout It, Otw (Feat. Steven Cannon), and Talixan.

From there, he dropped his debut EP, Toothache in June 2017. Though the playlist only contained three tracks, it created quite some buzz, particularly the song, Betrayed, which has since racked up 6 million streams on Soundcloud. The other two titles, Heartbroken </3 and Pink Roses have been played 178K and 218K times respectively.

His second extended play dubbed, Xanarchy was recently released on August 16, 2017. Another short project, it boasted four tracks including Pick Up Bitch, Fuck My Teachers, No Love, and Xanarchy. Featuring production from Mad Maxx, The Beat Brigade, and Bobby Johnson, the EP has received over 1.5 million streams combined on his Soundcloud account. On Youtube, the official audio for Xanarchy has also been viewed over 1.8 million times.

As far as collaborations go, the emcee has also worked with Nick Coletti, Julian Dova, Ben Great, $teven Cannon, M3l33, Mike Lolli, and Wavy God, to name a few. Some of said singles include, 12 Kill My High, The Message, Dead But Awake, Be Good, For the Better, and Crash the Whip.

Naturally, Lil Xan would have yielded some earnings from the above projects (though it’s hard to speculate the exact amount). On top of what he makes from his albums however, he also receives a decent amount from booking shows and concerts. Though he hasn’t gone on tour yet (which isn’t surprising considering how recent his debut was), he has put on a few performances this year.

In July, the rapper held two shows- one at the Sol Venue in Carson, California and another at Chop Suey in Seattle, Washington. Most recently, he also entertained crowds at the Georgia Theatre in Athens, Georgia.

For those of you who are interested in seeing him perform live, we have some good news for you- Lil Xan has many upcoming shows for the next few months. From the looks of it, he has eight dates planned, the last of which will take place at The Catalyst venue in Santa Cruz, California. Be sure to grab your tickets if it tickles your fancy!

No, Lil Xan is not married as far as we can tell. In fact, it’s unclear whether or not he’s currently in a relationship. We’ll update this section as soon as we know more.

Does Lil Xan Have Any Children?

No, Lil Xan does not have any children that we know of.

Did Lil Xan Go to College?

Though not much is known about his education history, it’s assumed that Lil Xan has not gone to college.

What is Lil Xan’s Real Name?

The rapper’s real name is Diego (he has not yet revealed his last name). Regarding the origins behind his stage name, the emcee stated in a recent interview that it was given to him by one of his homies while the two were at a liquor store in Austin, Texas.

Where Does Lil Xan Live? Pictures of Lil Xan’s House

According to his Twitter location, Lil Xan currently resides in Los Angeles. We do not have any further information or photos of his home at this time.

What Kind of Car Does Lil Xan Drive?

At this time, we do not have any information on Lil Xan’s vehicle.

Despite the fact that he got into the rap scene less than a year ago, Lil Xan has already got himself an impressive resume with three EPs, CITGO, Toothache, and Xanarchy.

Some of the hit singles that he’s given rise to include Betrayed, Anarchy, Pills, Slingshot, and Who Are You.

How Much Did Lil Xan Make Last Year?

We do not have any information on Lil Xan’s earnings for 2016 at this time.

To stay on top of his news and announcements, why not follow Lil Xan on Twitter? You can find him at @lilxanfuhyobih.