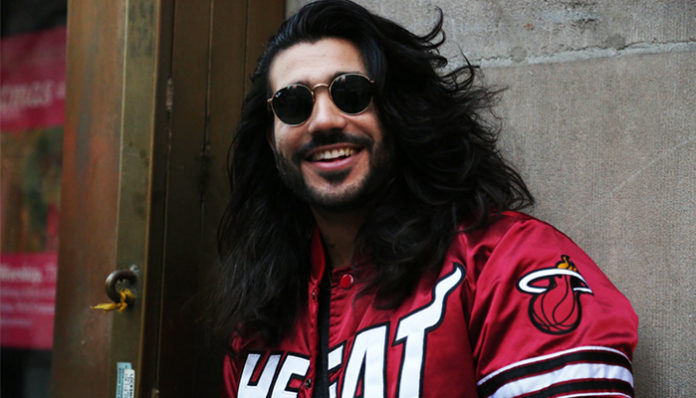 Even as a child, Eskeerdo had always wanted to become an artist. Hailing from Florida, the twenty something made his debut in 2014 with the single, For the City. Today a Grammy-Award winning songwriter, he has released several big hits including, No Chance, Ex’s, Gotta Luv It, and Down in Miami, to name a few.

In addition to his solo work, the 29 year old has penned a number of acclaimed hits for Meek Mill, Selena Gomez, Flo Rida, Rihanna, Big Sean, among many others. In 2012, he also collaborated with Kanye West on his multi-platinum record, Clique. Some of his other songwriting credits include, The Blacker the Berry, Tonight I’m Getting Over You, and What’s Going On.

A distinguished artist, Eskeerdo’s popularity has continued to climb over the past few years. On social media, he currently has over 12,000 followers across his different accounts. With that said, how well is he doing for himself? How wealthy is the rapper?

Unfortunately, we do not have any information on Eskeerdo’s net worth at this time. Regardless, let’s take a look at how his career has played out so far.

How did Eskeerdo Make His Money & Wealth? 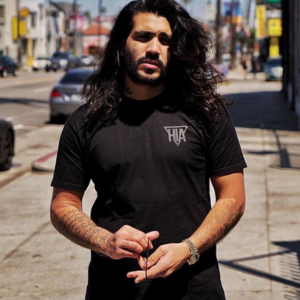 Born on March 25, 1988 in Hialeah, Florida, Eskeerdo (Real Name: Alexander Izquierdo) spent his youth in the Miami-Dade county. Interested in rap ever since he was a young teen, he eventually dropped out of high school at the age of fifteen to pursue a career in music. Encouraged by his older cousin Mario, who worked as a music producer at the time, he knew what he had to do. Putting together a make-shift studio in his home, complete with a computer and microphone, he began to put his dream into action.

Eventually confident of his abilities, he kick started his music career by writing songs for artists such as Big Sean, Kanye West, T.I. and Ice Cube. Some of his early creations include I Am Not The One, Million Dollar Girl, Nothing Like LA, Poppin Bottles, and Hey Cutie. Before long, his songwriting skills had developed a reputation for himself in the rap scene.

After writing dozens of hits, he released his own debut single titled, For the City in late 2014. A solid effort, the song was eventually used as Miami Heat’s anthem. Produced by Infamous, the official music video has racked up over 62,000 views on his Youtube channel.

Via Hla Entertainment, Eskeerdo later dropped his self-titled debut EP in March 2015. Largely influenced by his hometown of Hialeah (which has the highest ratio of Cuban residents in the United States), it comprised of six titles including Hurting Feelings, Freedom, Jealousy, Bout Me, and Manolo. Featuring production from German, Infamous, and The Agency, the playlist has since been made available for streaming on Soundcloud.

From there, he delivered his second extended play, Cuban Jesus in August 2016 His latest release to date, the track list boasted six cuts- If, Nights at the Standard, Passcodes, Ms. Beverly, His Hamptons, and Weekend Behavior. Though not as successful as its predecessor per se, it has since been streamed thousands of times on Youtube.

Working with other artists, Eskeerdo has also been featured in Prospectt’s The One, King Los’ Slave, and MarcLo’s M I A, to name a few.

A relative newcomer as far as his solo career goes, Eskeerdo is perhaps best known for his songwriting credits. As such, it’s probably fair to say that he’s earned more from penning tracks for other artists than what he makes from his own music- so far anyway.

In terms of other monetary sources, it’s likely that the 29 year old has also been receiving some extra income on the side from his Youtube channel. Since Exkeerdo first launched his account in 2013, he has amassed over 1,400 subscribers with more than 324,000 views across his videos.

Assuming that he’s opted for the Google Partnership Program, every 1,000 ad views that he receives on his content would translate to a few dollars in revenue. Typically, the site’s payout ranges anywhere from $2 to $5 per 1,000 views, depending on a number of factors such as audience, user location, content, etc. Seeing as how he has 324,000 views altogether, he would have easily yielded a few hundred dollars in earnings so far.

For fans who’d like to support the artist, Eskeerdo has set up an online merchandise store via his official website. Looking at it now, he has a variety of caps available for purchase.

As far as we know, the artist is not married. Having said that, do take that with a grain of salt- as not much has ever been revealed about his dating life.

Does Eskeerdo Have Any Children?

No, from what we can tell, the 29 year old does not have any children.

Did Eskeerdo Go to College?

No, he did no go to college. After realizing his music dreams at the age of ten, he chose to drop out of high school mid-way to pursue a career as an artist- obviously, he hasn’t looked back since.

What is Eskeerdo’s Real Name?

According to a recent interview, Eskeerdo still resides in his hometown in Florida. Unfortunately other than that, we do not have any further information on his location. Should we know more in the future, we’ll update this page.

We do not have any pictures of Eskeerdo’s house to share at this time.

What Kind of Car Does Eskeerdo Drive?

Information on Eskeerdo’s vehicle is unavailable at this time.

Not only is he a solo artist, but Eskeerdo has penned a number of critically acclaimed hits for Rihanna, T.I., John Legend, Diddy, Kanye West, Selena Gomez, Flo Rida, Big Sean, among others. For his songwriting work, he has received a number of Grammy Awards.

How Much Did Eskeerdo Make Last Year?

At this time, we do not have any information on Eskeerdo’s 2016 earnings.

Don’t want to miss out on his latest news and announcements? Give Eskeerdo a follow on social media- you can find him on Twitter at @eskeerdo.