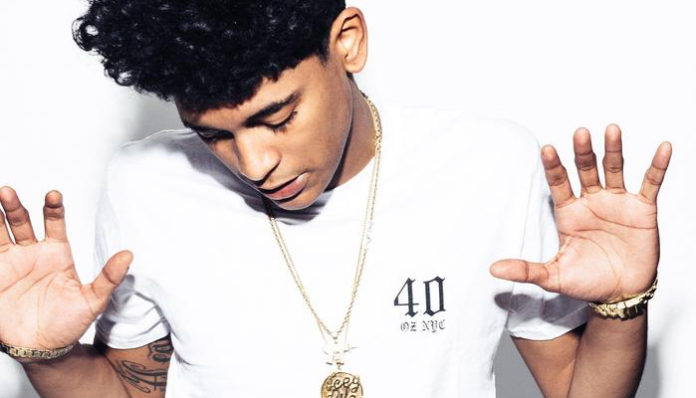 A rapper out of Houston, Texas, Trill Sammy is perhaps best known for his track, Trappin’. A self-taught artist, he started to create his own beats in high school, which he later spread via social media. With a bit of luck, one of his freestyles eventually went viral, earning him thousands of fans online.

Often compared to the sounds of Migos and Lil Uzi Vert, he eventually received a big break with the release of Just Watch- a collaboration with Dice Solo, a fellow Houston rapper.  From there, Trill Sammy has dropped a number of additional tracks including, How I Feel Today, Was We Want, Like Martin, Go, and Cut it Freestyle (Count Up). As far as albums go, the emcee has released two- his debut effort, Red was released in early 2016; he eventually followed up with his second EP, Sorry 4 the Sleep a few months later.

On his way to rap stardom, Trill Sammy currently has 277K followers on Twitter, 1 million followers on Instagram, and 53K subscribers on Youtube. With all that he has going for him, how well off is the rapper? How much has he made from his music career so far? According to sources, he currently has an estimated net worth of $300,000. Let’s take a look to see where this fortune of his came from.

How did Trill Sammy Make His Money & Wealth? 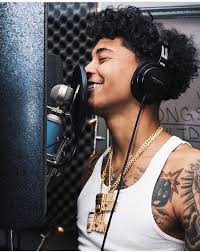 Born on November 30, 1997, in Houston, Texas, Trill Sammy has been involved with the rap scene ever since he was in high school. Like many millennials, he took to social media where he posted many of his initial works. Despite being a side hobby at the time, his freestyles eventually caught on, earning him a  considerable following online. In particular, he rose to fame for his track, Netflix and Chill.

Pouring many hours into the studio, he continued to develop his sound, which has since been compared to the likes of Migos and Lil Uzi Vert. Eventually, his hard work paid off- in 2015, he received a big break with the release of Just watch, a joint effort with fellow Houston artist, Dice Solo. With that, his fanbase grew further.

Going along with the same momentum, Sammy eventually dropped the single, Check Out in 2016. Produced by Fredonem, it quickly gained traction, garnering tens of thousands of hits within just a few hours of its release. As of 2017, the record has been played over 2.18 million times on Soundcloud. Similarly, its official MV has also racked up more than 216,000 views on Youtube.

Later that year, the emcee came out with his debut EP, Red. His multi-track project, it included a few guest appearances from Dice Solo, Chedda Da Connect, Kenny2G, BeatKing, RizzooRizzoo, and Diego Money. Released on multiple streaming websites, the extended play gave rise to nine tracks including You See Us, Rick Ross, How it Feel, Dip, Watch Out Freestyle by Slim Thug, Wat We Want, and I Might.

The most notable song that came from the EP however, was Trappin’. Sammy’s most successful release to date, it has been streamed over 5.1 million times on Soundcloud as of 2017. On his Youtube channel, the accompanying visuals have also racked up more than 4.5 million views.

Just a few months later, he released his next project, Sorry 4 The Sleep. Comprised of seven tracks, its playlist included Walked in Freestyle, Like Dat Freestyle, No Heart (Freestyle), Hot Like Houston, TX, and Uber Everywhere (Freestyle). On Soundcloud, Uber Everywhere is the obvious highlight, with close to 30 million streams.

On top of what he’s obviously made from the above projects, Sammy also yields a decent amount from going on tour. For instance last year, he hit the road for close to 30 shows across the US (and one show in Canada), from Houston, Texas, to Tempe, Arizona.

So far this year, he has also hit up a number of venues in Houston, Chicago, Bryan, San Antonio, and West Hollywood. For those of you who may be interested in seeing him perform live, Sammy does not have an upcoming concert booked for October 22, 2017 at the Studio @ Warehouse Live in Houston, Texas.

By monetizing his videos, he also makes a decent amount on the side from his Youtube channel. Since he first launched his account in September 2015, he has accumulated over 53,000 subscribers with more than 7.8 million video views. As of October 2017, his top upload, the visuals for Trill Sammy x Trappin Shot has been viewed more than 4.5 million times.

How much has Trill Sammy earned from Youtube so far? Assuming that he receives $5 per 1,000 views, his ad revenue would be close to $15,000, that is, before Google’s cut.

Though he’s not married, it’s speculated that he is currently dating reality star, Shannon Jessie. Though the pair have not been spotted together in public, Sammy has made multiple mentions of her on Twitter, one of which includes the tag, “girlfriend.”

Does Trill Sammy Have Any Children?

As far as we know, Trill Sammy does not have any children.

Did Trill Sammy Go to College?

While not much has been revealed about his education history, it’s currently assumed that he has not gone to college.

What is Trill Sammy’s Real Name?

At this time, his real name has not yet been revealed.

Trill Sammy currently resides in Houston, Texas. For his work however, he frequently flies to Los Angeles. We do not have any other details available at this time.

What Kind of Car Does Trill Sammy Drive?

Unfortunately, information on Trill Sammy’s vehicle is unavailable at this time.

How Much Did Trill Sammy Make Last Year?

As far as we know, Trill Sammy’s 2016 earnings have not been publicized.

At just 19 years old, Trill Sammy has given rise to several rap hits including Uber Everywhere (Freestyle), Watch Out Freestyle, What we Want, Trappin, Cut It Freestyle (Count Up), and Go, among others.

To stay on top of his news and announcements, be sure to follow Trill Sammy on social media- you can find his Twitter account at @trillsammyy.