Jordan Fisher Net Worth 2018 – How Rich is the ‘Dancing With The Stars’ Star Now? 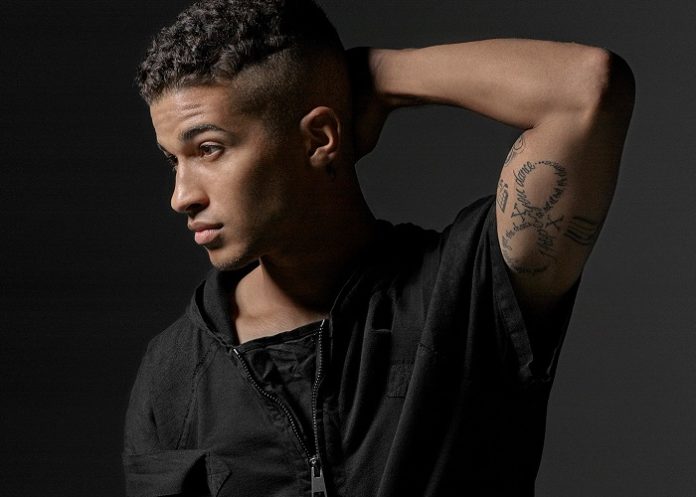 Jordan Fisher is currently one of the most popular stars on the twenty-fifth season of Dancing With The Stars. Along with Lindsay Arnold he has been twirling and whirling his way into the hearts of fans of the show with a series of stunning performances, and he’s endeared himself to viewers even more with the incredible story of his early life that he portrayed in this week’s ‘Most memorable year’ theme.

The story of Jordan Fisher and his rise to all-singing and all-dancing fame is one that is not only inspirational, but it’s also heart-warming. Things could have been very different for Jordan Fisher, and his all-round likeability and charming personality are the result of the support and love given to him by his grandparents, and he’s taken the opportunity to show the World how much they mean to him on the show. But what’s the full story on Jordan’s turbulent childhood? And how much is the light-footed singer, actor and songwriter worth now in 2018? Read on to find out.

How Did Jordan Fisher Make His Money & Wealth?

Jordan William Fisher was born on April 25th 1994 in Birmingham, Alabama. His biological mother was only sixteen when he was born, and also struggled with substance abuse. Although Jordan had not been lucky when it came to his mother, his maternal grandparents were a different matter, Rodney, a power company employee and Pat a real estate manager took him in and looked after him from day one. His grandparents taught him how to resist the lifestyle that his mom had chosen, and to be strong enough to pursue his ambitions and dreams.

Despite not having any theatrical influences in the family, Jordan was interested in performing from a young age. At the age of just two he became interested in gymnastics and not long after he played a part in a production of ‘School House Rock, Jr.’ at school, and performing on the stage became his big dream for the future. Jordan was legally adopted by Rodney and Pat when he was 10, along with his younger siblings, brother Cory and sister Trinity. His grandparents, whom Jordan always refers to as his parents these days, encouraged him to work hard to become successful in his chosen career.

Jordan was later home-schooled, but his accomplishments were numerous. He achieved a high school degree from the Harvest Christian Academy, and while he was working towards it he also joined the Red mountain Theater Company based in Birmingham. Jordan performed throughout his school years as part of the theater’s youth ensemble, but he also grew increasingly interested in music, and in that area he became hugely talented in a number of ways. Jordan’s voice has been described as ‘fire’ by some critics, and it’s true that he has a silky smooth singing voice, but Jordan also found the time during his school years to play the piano, guitar, drums, bass, french horn and even the harmonica.

Jordan Fisher has described his time performing with the Red Mountain Theater Company as one of the most enjoyable experiences of his early years, and it was his enthusiastic love of performing, along with his prodigious talents that eventually caught the eye of a talent scout who was prepared to represent him. In 2009 Jordan won his first big part in an episode of TV show ‘The hustler’, producers liked his screen presence and that same year he also appeared in an episode of ‘iCarly’ on Nickelodeon and a guest appearance on Disney’s ‘Skyrunners Testimonials’ series. With interest in him heating up, and by now fed up of the long journey to Los Angeles for auditions, the Fisher’s moved out to the home of Hollywood in 2011, and soon the move paid off.

Jordan won the part of Jacob, Grace Bowman’s half-brother on the ABC Family network’s show ‘The Secret Life of the American Teenager’. He appeared in nine episodes of the show during 2012, and the following year he played the part of Seacat in the surprisingly successful TV film ‘Teen Beach Movie’. He appeared in a few more shows, but in 2014 the rising young actor showed the World that there was more to Jordan Fisher than just acting. Radio Disney were so impressed with Jordan’s musical abilities that in 2014 they released three pop soul tracks that were both written and performed by him. His smooth lyrics were perfectly in line with the wholesome Disney image and they were well-received by his ever growing fan base.

In 2015 Jordan played Noah in two episodes of the TV series ‘Teen Wolf’, and he also wrote three songs, and sang in another two for the TV movie sequel to ‘Teen Beach Movie’. But that year he was also awarded the part for which he was perhaps most well-known, at least until his recent show-stopping performances on ‘Dancing With The Stars’. Jordan won the role of Holden Dippledorf in the award winning Disney series ‘Liv and Maddie’. Jordan played the character of Holden intermittently over the next two years and had ample opportunity to show off his vocal talents, singing a ballad rendition of the song ‘True love’, which appeared on the show’s soundtrack in 2015, he eventually appeared in twelve episodes throughout seasons four and five of the show, and during that time he also accomplished a series of other achievements that finally recognized his clean-cut star quality.

Late in 2015 Jordan Fisher made a deal with the label ‘Hollywood Records’, and in February 2016 he released his first single, ‘Counterfeit’. A second single ‘All About Us’ came along in April that year and achieved the number two ranking amongst pop radio stations nationwide. Jordan released his first EP, ‘Jordan Fisher’ in August 2016 and also released two more singles during the next twelve months, ‘Lookin’ Like That’ and ‘Always Summer’. 2016 also saw him sing the national anthem at a NASCAR event in Pheonix, as well as performing the opening slot for Alicia Keys at the Apple Music Festival in London, England. He performed ‘All About Us’ on NBC’s Today show live and sang his rendition of ‘I’d Love to Change the World’ for the miniseries ‘When We Rise’, aired on ABC in early 2017.

Jordan has been described as an ‘overnight success’ by some, but as he’s keen to point out, it usually takes about eight years of hard work and preparation to become an overnight success in Hollywood. It might be just a little over eight years since Jordan first graced our screens, but he’s come a long way since his first roles and he’s made it to the pinnacle of the stage performers career ambitions already. In November 2016 Jordan made it to Broadway, winning the role of John Laurens / Philip Hamilton in the award winning ‘Hamilton : An American Musical’. His performances in the musical have been critically acclaimed, described as ‘Moving’, ‘Powerful’ and even ‘A touch of brilliance’ by one critic, but Jordan has now in 2018 managed to win a place on an even bigger stage.

‘Dancing With The Stars’ is a reality TV phenomenon, and Jordan’s inclusion in the 25th season of the show makes all the more sense when you’re aware of his extensive background in the performing arts. His stunning performances alongside the beautiful and glamorous Lindsay Arnold have been a firm favorite with fans, and his tear-jerking tribute to his grandparents left more than a few eyes less than completely dry. With his recognizability, popularity and fame at an all time high, Jordan somehow also found the time to write, produce and record his latest single, ‘Mess’ which was released on October 6th 2017. The future looks bright for Jordan, this year he was nominated for the Best New Artist award at the Radio Disney Music Awards and the TV film ‘Grease : Live’, released in 2016, in which Jordan showed off his many musical talents in the role of Doody has become something of a cult hit. Jordan’s promising career and rising star quality has so far earned him a personal fortune of $250,000, but the future seems likely to see him dancing all the way to the bank with a far more lucrative personal worth.

With such a love of singing, dancing and the stage, combined with his gentle character and love for his parents, Jordan has been the subject of a few rumors that suggest he’s gay, but in some good news for his legions of female fans he most definitely isn’t. Unfortunately the good news ends right there, as Jordan appears to be involved in a serious relationship right now. Previously he was romantically linked to actress Nicole Lamb, and then had a short relationship with model Audrey Case. But this year on Valentine’s day Jordan finally gave a rare glimpse into his private life, with a snap of him with his new squeeze, a lady named Ellie Woods accompanied by the message ‘Happy heart day’. A few fans seemed less than happy that Jordan is dating someone who isn’t actually famous herself, but that’s hardly surprising considering Jordan has been featured in several articles as the ‘Hottest Crush in Hollywood’ since he first became well-known in ‘Liv and Maddie’. Jordan keeps his personal relationships low-key, but Ellie has popped up a few more times in his Instagram account and they make a great couple, sorry ladies.

Jordan’s exact net worth has not been made public, but it was estimated to be approximately $200,000 at the beginning of 2017. His performances on Broadway and in ‘Dancing With The Stars’ have drastically increased his earning power since then, and potentially his musical career could end up eclipsing his on screen and stage successes so far. In 2016 the single ‘Lookin’ Like That’ achieved a ranking of 39 on the US pop chart and ‘All About Us’ made it to number 26. With two singles released this year and their success yet to be fully determined Jordan’s potential to earn millions annually is almost guaranteed in the future.

Jordan Fisher is an all-round wholesome personality, there’s not even a hint of any scandal, controversy of negative press around him. His humility and positivite clean-cut image have seen him rightfully become moderately rich and famous after years working towards his dream. Jordan has so far not cashed in on his popularity to endorse any products or companies, and instead has put considerable time and effort into promoting the work of the ‘WE Charity’, formerly known by the name ‘Free The Children’. WE works all over the World, particularly in less developed areas to help educate and empower children. He has performed in concerts across the United States in support of the charity and in April 2017 he co-hosted the WE day in Seattle alongside actress and model Lily Collins. Jordan is a firm believer in family values, and his greatest ambition for the future is to become a husband and a father, and unsurprisingly Jordan Fisher is going to make sure he’s a good one.