Jackie Christie Net Worth 2018 – How Wealthy is the Reality Star? 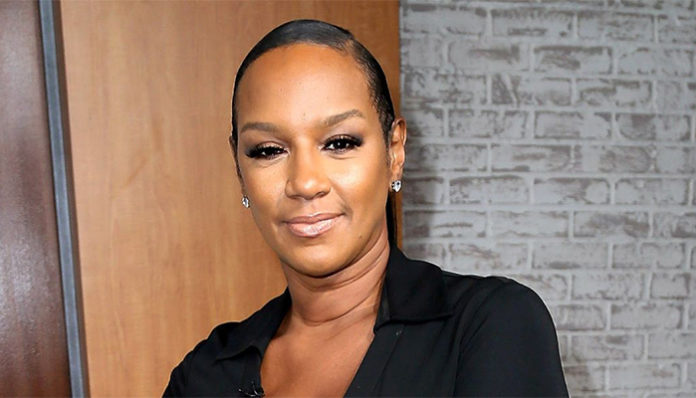 The wife of former NBA star Doug Christie, Jackie Christie rose to fame as a reality star on VH1’s Basketball Wives LA. One of the original cast members, she is among two individuals (the other being Malaysia Pargo) to have starred in all six seasons of the show.

Since her rise to prominence, Christie has been invited to numerous talk shows including The Arsenio Hall Show (2014), Big Morning Buzz Live (2012), Reach Around Radio (2011), and Home & Family (2016), to name a few. Most recently this year, she participated as a contestant on the game show, Hip Hop Squares (2017).

While she’s best known for her work on reality TV, the mother of three has also turned towards acting in the recent years. So far, she has appeared in two films, Deceitful (2013), and Lucky Girl (2015). According to IMDb, Christie will also be a few roles in the upcoming titles, Angry Insecure Men 2 (2017), Professor Mack (2017), and Due Justice (2017).

The wife of former NBA star Doug Christie, surely she’s got herself an impressive fortune. The short answer to that is- yes. According to sources, Jackie Christie currently has an estimated net worth of $10 million. Where did she earn the majority of these funds from? Let’s find out below.

How did Jackie Christie Make Her Money & Wealth? 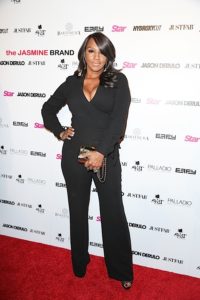 Born on July 7, 1969, in Seattle, Washington, Jackie Christie worked as a model briefly after graduating from high school in 1987. Having gotten into an intimate relationship in her early twenties, she later gave birth to her oldest daughter, Takari in 1990; she ultimately chose not keep in contact with the father. From there, it was through a mutual friend that she was introduced to NBA star, Doug Christie.

Eventually falling for each other, the two tied the knot in 1996, after getting engaged just three days earlier- Christie was 27 years old at the time. Years before they even gotten married however, they had their first child, Chantel Christie on June 1, 1993. Eight years later on March 1, 2001, they welcomed a son named Douglas Christie Jr. into the family.

Though widely known for being Doug Christie’s wife, it wasn’t until she joined the cast of Basketball Wives LA in 2011 that she rose to fame in the show biz. A show created by Shaunie O’Neal, it followed the lives of a group of women, all of whom are or have been romantically involved with professional basketball players. Besides Christie, the original cast also included Draya Michele, Imani Showalter, Malaysia Pargo, Tanya Williams, and a few others.

Portrayed as the fun-loving wife of Doug Christie, Christie is one of only two cast members, to have remained on the show since its inception. Since most of the original cast have departed from the show, she has been joined by new names including Angel Brinks, LaTosha Duffey, Tami Roman, and Angel Love.

One of the more popular shows on VH1, Basketball Wives LA consistently draws in over one million viewers (on occasion closer to two million) on a weekly basis. For instance, the series finale for season one was watched by over 2.3 million individuals in the United States. Having continued since 2011, the show recently aired its season six finale this past summer.

As one can probably expect, each of the cast members on Basketball Wives LA receives a decent salary for being on the show. Did you know that some reality stars are able to make upwards of six figures per episode? While Christie’s salary has not been revealed, it’s most likely a significant amount- our best guess is that she receives a few tens of thousands of dollars per episode, which translates to over a few hundred thousand per season.

As far as other ventures go, the reality star is also the author of six books- In The Land of Sex & Money, No Ordinary Love, Sexual Relations, Luv Pons, Woman, and Proud to be a Coloured Girl. For many years, she also hosted a radio show called, The Christie’s Infinite Love Talk Radio.

Yes, Jackie Christie has been married to former NBA star Doug Christie since 1996; their relationship has been one of the many focuses in the VH1 reality show, Basketball Wives LA.

Does Jackie Christie Have Any Children?

Yes, she has three children. Prior to her relationship with Douglas Christie, she gave birth to her oldest daughter, Takari Lee in 1990. With Doug Christie, she also has a daughter named Chantel Christie (b. 1993), and a son named Douglas Christie Jr. (b. 2001). Her family has been featured in the show, The Christies: Committed (2006).

Did Jackie Christie Go to College?

Yes she did- after graduating from high school, she went to study at Pepperdine University in 1989, from which she graduated in 1992.

Jackie Christie and her family currently resides in a lavish mansion in Los Angeles, California; their home has been featured on many occasions on Basketball Wives LA.

Unfortunately, we do not have any pictures of her house to share at this time.

What Kind of Car Does Jackie Christie Drive?

At this time, we do not have any information on Jackie Christie’s vehicle.

A philanthropist at heart, Christie and her husband founded The Infinite Love Foundation in the early 2000’s. Since its inception, the non-profit has been fulfilling different special needs in the community every month.

How Much Money Did Jackie Christie Make Last Year?

Though her exact earnings for 2016 are unknown, Christie would have made a decent amount from starring in the fifth season of Basketball Wives LA.

As mentioned earlier, the reality star will be appearing in a few upcoming movies including, Angry Insecure Men 2, Due Justice, and Professor Mack. Outside of acting, she has also been featured in Hollywood Today Life, and Hip Hop Squares.