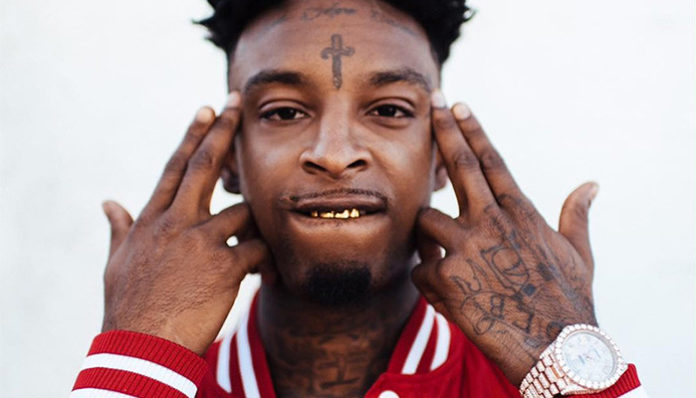 One of the many emerging talents from Atlanta, Georgia, Reese Laflare dropped his debut mixtape, Reese Vs The World in 2011. Since then, the solo artist has come out with several street hits including, Molly, Do It, 180 Secs, I Love It (Work), and Gold House, all of which have cemented his place in the rap scene.

As of 2017, the rapper has delivered five mixtapes- Reese Vs The World 2, DSNRTRAPN, DSNTRAPN2, and Before the Universe (not including his debut effort). A couple of years back, the rapper also released his debut EP, Jump of a Building. A frequent collaboration, Reese has worked with many artists over the past few years including Wiz Khalifa, Boy Wonder, and LAMB$.

Online, the rap star currently has over 100,000 fans across his social media accounts; on Soundcloud alone, he has over 33K (and counting) followers as of 2017. Considering his growing presence on the web, how much has he made from his music endeavours? Unfortunately, Reese’s net worth is currently still under review- having said that, let’s go over some highlights of his career so far.

How did Reese LaFlare Make His Money & Wealth? 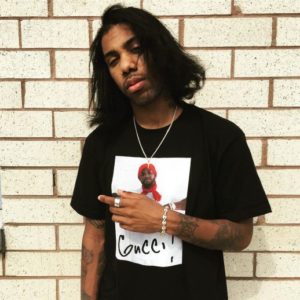 Born on September 8, 1987 in Georgia, Reese LaFlare grew up in the Fourth Ward area of Atlanta. A skateboarder since the age of thirteen, he quickly mastered the sport over time; by the time he was in his early twenties, he had become a sponsored skater. Though he enjoyed music, skateboarding took up most of his teen years.

Ultimately, it wasn’t until later on that he got into rapping- allegedly, one of his skateboarding friends had made a bet on whether or not he could make a mixtape, with $200 at stake. Determined to prove them wrong, he got to work and managed to whip one together in just three days. In the end, it was that one bet that had kick started his career as a rap artist.

From there, he eventually released his debut mixtape, Reese Vs The World in January 2011. Made available via DatPiff, it boasted eleven tracks including Day In the Life, 2 Weeks Notice, Candy Lady, Highrise, Reese the Menance, Boulevard Cruisin, and My Mentality. Hosted by Don Cannon, the project also included a few guest appearances from Slick Pulla, BrandUN Deshay, and Rich Hill.

The direct sequel, Reese Vs The World was dropped the following fall. Featuring similar sounds, Reese enlisted the help of several music producers for the mixtape including Pharrell, Sonny Digital, T-Minus, Mikewillmadeit, and Hamsquad, among others. Among its track list were My Niggas My Dogs, Girls Around the World, Dope Dealer, Andre Swagassi, Up Up and Away, and Chics.

A year later, Reese released his their mixtape, DSNRTRAPN, also as a digital download. A solid addition to his body of work, the playlist featured many artists including Key RetroJace, Curtis Williams, Buddy, and OJ Da Juiceman. Produced by Zaytoven, Jahlil Beats, Chuck English, among others, it gave rise to the Gold House and Mobbin, two of his most popular songs to date.

Reaching another milestone in 2015, the rapper released his debut EP, Jump Off a Building on March 2, 2015. Packed with a number of guest features including Key!, TrashTalk, Rich Homie Quan, and OG, the 5-track extended play gave rise to the songs, Freestyle, Yesterday, Lobby Party, Old Skool, and Fight Club.

Uploaded to Soundcloud, the EP has garnered over 500K streams on the site as of October 2017. On Youtube, the music video for Yesterday– the album’s most popular song, has been viewed more than 105,000 times on his channel.

Since then, the Atlanta artist has come out with two additional mixtapes- DSNRTRAPN2 and Before The Universe in 2015 and 2016 respectively. As with his earlier works, both were released as digital downloads.

On top of his solo career, Reese is also a member of the hip hop collective Two-9. After releasing a series of mixtape throughout the 2010’s, they came out with their debut album, FFVR on February 9, 2017.

Aside from album releases and the like, Reese has a few other things going for him- for instance, he put on two concerts last summer at Oak Canyon Park. Online, his following has also been growing on Youtube, where he currently has over 6,000 subscribers. As of 2017, he has accrued over 1.6 million views across his channel- the most popular video being that of Reese Laflare & Key! – 1UP.

As far as we can tell, the Atlanta rapper is not married. Regarding his dating status however, it’s currently hard to say whether or not he is in a relationship with what limited information we have.

Does Reese LaFlare Have Any Children?

No, Reese LaFlare does not have any children that we know of.

Did Reese LaFlare Go to College?

At this point in time, not much has been revealed about his early life- including bits on his education history. For now, it’s assumed that Reese LaFlare has not gone to college.

Is Reese LaFlare His Real Name?

No, Reese LaFlare (or Reese) is simply his stage name- his real name is Maurice Williams.

Going by what he has listed as his location on Twitter, Reese currently resides in his hometown in Atlanta, Georgia. Unfortunately, that’s about all we know about his location seeing as how he hasn’t divulged much about his personal life.

Photos of Reese LaFlare’s house are unavailable at this time.

What Kind of Car Does Reese LaFlare Drive?

How Much Did Reese LaFlare Make Last Year?

At this point in time, it’s hard to say how much Reese LaFlare earned in 2016.

This September, he dropped his latest single titled, No Stylist. Featuring production by District Yori and AL B, the track has already been streamed over 111K times on Soundcloud since its release.

Are you a fan of Reese LaFlare? Want to stay up to date on his news and announcements? If so, be sure to follow him on social media- you can find his official Twitter account at @REESElaflare.