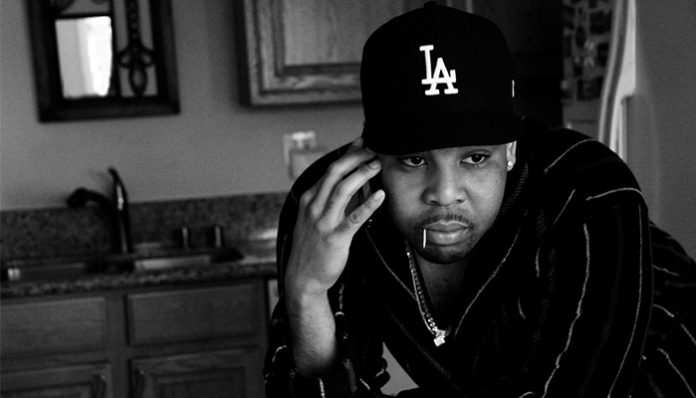 Hailing from the West Coast, Jay 305 has been involved with the rap scene since the early 2010’s. Named after the Miami area code- where he’d lived for a few years, he made his debut in 2012 with the single, Stories. From there, he came out with a second track titled, Youzza Flip in 2013.

Prior to his career taking off however, Jay was sent to prison for an alleged weapons charge; it wasn’t until 2014 that he regained his freedom. Continuing where he’d left off, he soon hopped on board YG’s album, Blame it on the Streets, after which he scored a feature on one of DJ Mustard’s tracks from his album, 10 Summers.

Since then, the rapper has worked with several other artists including Chris Brown, Tyga, Ty Dolls $ign, The Game, and Drakeo The Ruler. Some of his most popular collabs include, Zaddy, Bunkin’, NDK, and She Wish She Was. Most recently, he released his debut mixtape, Taking All Bets in July 2017.

With all that said, how lucrative has his career been so far? How much has he managed to make from his musical endeavours? According to sources, Jay 305 currently has an estimated net worth of $100,000. Interested in knowing where most of this money came from? Read on below! 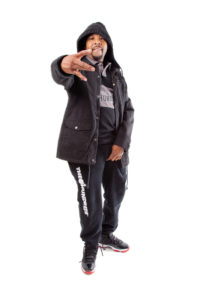 Born on September 4, 1984, in Los Angeles, California, Jay 305 (Real Name: Jay Cummins) is of Jamaican and Barbadian descent from his mother and father’s side respectively. Growing up in Southern LA, he listened to a variety of music including R&B, Rap, and Reggae; some of his favourite acts included Scarface, Suga Free, Ice Cube, Trick Daddy, Pimp C, and Cash Money.

A huge fan of music, he later began experimenting with his own songs. With time, his hobby evolved into something greater- before he knew it, he was putting out full-fledged tracks. Despite his knack for creating beats however, he faced a fair bit of trouble during his youth, having hung out with the wrong crowd on the streets.

Due to pursuing gang members, he was forced to move to Miami when he was eleven years old; it wasn’t until later down the road that he returned home to the South Central. Eventually getting back on track with his music, he reunited with his old buddies and made some new friends such as Dom Kennedy who agreed to sign him to his Other People’s Money label.

In 2012, the aspiring rapper released his first single, Stories. Made available for streaming, it managed to pick up thousands of hits within a few month’s time despite minimal promotion. A solid debut, the song has since been played over 26,000 times on Soundcloud, to which it has been uploaded to. Similarly, it has also gained traction on Youtube, where it has been viewed more than 30,000 times.

From there, the rapper dropped his breakout hit, Youzza Flip. Responsible for his rise to fame, the single quickly racked up the hits on Soundcloud, on which it has since been played over 71,000 times. Around the same time as its release, accompanying visuals for the song were also posted to Youtube- as of October 2017, the MV has received more than 205,000 views.

Aside from his solo hits, Jay also managed to land himself a few collaborations with YG, The Game, Chris Brown, Ty Dolls Sign, DJ Mustard, and Drakeo The Ruler. Some of said singles include, NDK, Blame it On the Streets, She Wish She Was, My Flag/Da Homies, Uchies, and Ghetto Tales.

Most recently on July 14, 2017, the LA rapper released his debut album, Taking All Bets. Featuring guest appearances from Travis Scott, Bryan Roberts, Erin Ray, Dom Kennedy, and Omarion, the project comprised of twelve tracks including, Why You So Nasty? No Love Lost, Pretty Girls, That’s My Bitch, All Around the World, and When You Say.

From its release until now, the album has garnered hundreds of thousands of streams online; the most popular track itself, When You Say (Feat. Omarion) has since been played over 150,000 times on Soundcloud.

Naturally, record sales aren’t his only source of income. On top of that, Jay also brings in a decent amount from going on tour. For instance, he put on over a dozen shows in 2015, from Miami, Florida, to Toronto, Canada.

In supported of his debut album, the rapper has also been hitting the road this year- as of October 2017, he has already performed twelve dates across the United States and Canada. Looking at his schedule, he still has many concerts booked for later this fall. For more information on his 2017 tour, please visit his official website.

On top of that, it’s likely that he receives a cut from his Vevo channel on Youtube. Since its launch in 2014, Jay has amassed over 10,000 subscribers with more than 2.3 million video views. To date, his top upload, Yuck It Up has been played close to 800,000 times.

As far as we know, Jay 305 is not married. So far, no information has been released on his dating status.

Does Jay 305 Have Any Children?

No, from what we can tell, the rapper does not ave any children.

Though details on his education history are sparse, it’s assumed that Jay 305 has not gone to college. For now, our best guess is that went for rap straight out of high school.

Assuming that he hasn’t moved recently, the rapper currently resides in South Central Los Angeles, California. At this time, we do not have any photos of his home to share with readers.

Regrettably, we do not have any information on the rapper’s earnings for 2016 at this time.

As mentioned earlier, Jay recently dropped his debut album, Taking All Bets in July 2017. In suppose of the release, he has also been touring many cities across the United States.

If you’d like to stay on top of his news and announcements, you can follow the rapper on social media- for instance, you can find him on Twitter at @thejay305.