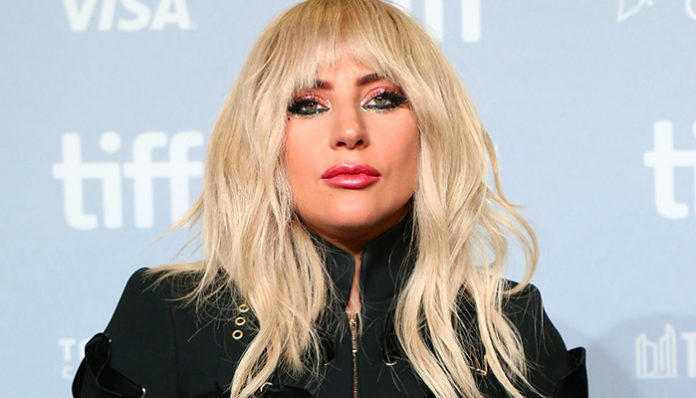 A well known pop idol, Lady Gaga is one of the best-selling artists in the world. From Manhattan, New York, she rose to fame with the release her debut album, The Fame in 2008. A greater hit than she could have ever imagined, it went on to spawn several classics including, Just Dance (Feat. Colby O’Donis, Poker Face, LoveGame, and Paparazzi. To date, over 15 million copies of the album have been sold worldwide.

Riding her initial momentum, the blonde issued a second album titled, Born This Way in 2011. A chart topper in the United States, its release was met with universal acclaim- hailed as one of the best albums of 2011 by Rolling Stone, it spawned a number of multi-platinum songs including, Bad Romance, Telephone (Feat. Beyonce), and Alejandro.

From there, she came out with Artpop in 2013. Though not as successful as her previous two albums per se, it still managed to grab the top spot on the Billboard 200. Supported by the ArtRave: The Artpop Ball Tour, the project’s track list included many hits such as G.U.Y., Venus, Aura, Gypsy, Applause, and Swine, to name a few. Her third most popular album, over 2.5 million copies have made its way across the globe.

The next year, Lady Gaga did something different- she tamed up with Tony Bennett for a joint album titled, Cheek to Cheek. Certified gold by the RIAA, it spawned a couple of charting singles, Anything Goes, and I Can’t Give You Anything But Love, the latter of which has been played over 3.6 million times on Youtube.

Most recently, the singer dropped her fifth studio album, Joanne on October 2016. Her first solo effort in three years, it became her fourth title to reach number one in the United States. Met with stellar reviews, the playlist included, A-Yo, John Wayne, Joanna, Million Reasons, Perfect Illusion, Come to Mama, among a few others.

In addition to what she’s put out as a solo artist, Lady Gaga has collaborated with many other artists on several occasions. For instance, she has worked with Elton John, Space Cowboy, Flo-Rida, Wale, New Kids on the Block, Justin Timberlake, and The Lonely Island. Some of said tracks include, Chillin, 3-Way (The Golden Rule), Christmas Tree, Video Phone, and Big Girl Now.

On television, her music has also been featured countless times over the past years- from shows such as The Philanthropist, Parks and Recreation, South Park, Glee Gossip Girl to competitions such as Dancing with the Stars, Dancing on Ice, and The Voice UK.

Speaking of the small screen, she herself has been featured in sundry programmings including, Saturday Night Live, The Peter Austin Onto Show, The Late Late Show with James Corden, The Tonight Show Starring Jimmy Fallon, Jimmy Kimmel Live, Good morning America, and Ellen: The Ellen Degeneres Show, to name a few (if anything, Lady Gaga’s presence on the media is anything but trivial).

A holder of multiple Guinness World Records, she has sold well over 146 million records as of 2016. One of the most influential people of the past ten years according to Time Magazine, she has also earned dozens of industry awards throughout her career. Currently, her achievements include seven Billboard Music Awards, thirteen BMI Awards, twelve Clio Awards, six Grammy Awards, six International Dance Music Awards, among countess others. As of 2017, she has won over 200 titles, from close to 500 different nominations.

As expected from a world class artist, Lady Gaga has also embarked on several tours throughout her career. In support of her debut album, she hit the road for the first time in 2009 for her The Fame Ball Tour, which ran for six months across the world. Since then, she has also gone on The Monster Ball Tour, Born This Way Ball Tour, ArtRave: The Artpop Ball Tour, and a Check to Check Tour with Tony Bennett. Since August 2017, she has also been performing across North America and Europe for her Joanne World Tour.

What else has she been up to recently? On the music front, she recently dropped a new song titled, The Cure earlier this spring. Co-written with Paul Blair, Mark Nilan, Lukas Nelson, and Nick Monson, it received a considerable amount of positive attention despite a lack of promotion. In the US, the single eventually peaked at number 39 on the Billboard Top 200. Of course, she’s also on her concert tour as mentioned above.

As far as television appearances go, she has also appeared on screen a few times this year in, RuPaul’s Drag Race, The Last Leg, Extra, Gaga: Five Foot Two, and Entertainment Tonight. Going by what it says on IMDb, she’s currently also working on an upcoming documentary.

Lady Gaga rose to prominence towards the end of the 2000’s for her debut album, The Fame, which gave rise to her hit songs, Poker Face, and Paparazzi.

Lady Gaga was born in Manhattan, New York. Growing up, she was raised in the Upper West Side of Manhattan.

She wears a size 6 shoe.

Is Lady Gaga in a Relationship?

Yes, the singer is currently dating Christian Carino, a CAA talent agent; the two first got together in February 2017.

Prior to his currently relationship, Lady Gaga was engaged to actor Taylor Kinney from 2015 to 2016. Previous to that, she was also engaged to night club manager Luc Carl from 2010 to 2011.

In the past, she has also been romantically involved with Robert Fusari, Speedy Gonzales, and Mathew Williams.

She has a younger sister named Natali.

No, she does not have any children. In a recent revelation from her Five Foot Two documentary, she expressed fear of not being able to have children as a result of her chronic pain.

From the age of eleven, Lady Gaga went to the Convent of the Sacred Heart, a private all-girls school in Manhattan, New York City. During her time there, she was often mocked for being “too eccentric.”

Did Lady Gaga Go to College

After completing high school, she went to Collaborative Arts Project 21, a music school at NYU’s Tisch School of the Arts- it was there that she honed her songwriting skills.

It’s estimated that she makes over $1.3 million per city while on tour.

Her favourite foods include peach cobbler, pizza, and pasta.

Her favourite movie is La Haine from 1995.