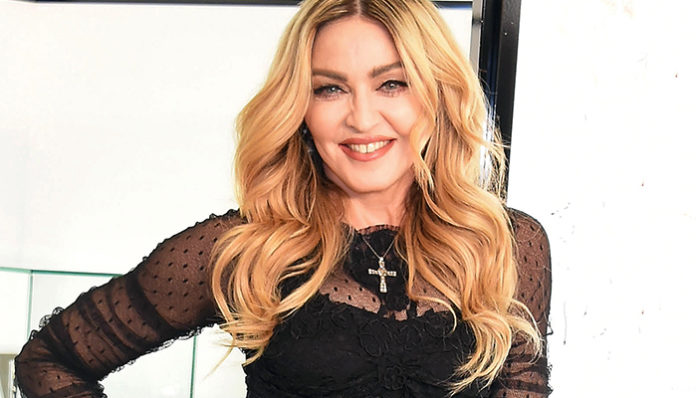 Hailed as the Queen of Pop, Madonna is currently the best-selling artist of all time. From Bay City, Michigan, she emerged in the 80’s with her debut album, Madonna. Critically acclaimed, it gave rise to many of her classic hits including, Lucky Star, Burning Up, Everybody Holiday, and Borderline. Her first multi-platinum record, more than 10 million copies have since been sold worldwide.

From there, her popularity only soared further with the release of her next studio album, Like a Virgin. Her first album to reach the top of the Billboard 200, it spawned five singles, one of which included Like a Virgin, Madonna’s first number one hit in the United States. Currently, it remains to be one of the best-selling albums of all time with over 21 million copies sold across the globe.

Then in 1986, the singer came out with True Blue. An immediate success, it rose to number one in 28 different countries- including the US, UK, Germany, France, Australia, and Canada. Included in the Guinness Book of World Records for biggest selling album by a woman, some of the songs that it contained include, Papa Don’t Preach, True Blue, Live to Tell, Open Your Heart, and La Isla Bonita. By the end of the year, the album had garnered her an MTV Video Music Award, making her the first female artist to receive the title.

Prior to the end of the 80’s, Madonna released one additional project- Like a Prayer. Her fourth consecutive album to receive multi-platinum status in the US, it peaked at number one in multiple countries around the world including the US, Japan, Italy, Germany, Sweden, Norway, Austria, and France. Among the singles that it produced were, Keep it Together, Oh Father, Dear Jessie, Express Yourself, and Cherish.

Two years into the new decade, she issued another album titled, Erotica. While it didn’t top the Billboard 200, it garnered favorable reviews from critics, many of whom praised her message on AIDS and taboos. Released through her own label, Maverick, the project featured the songs, Bye Bye Baby, Deeper and Deeper, Erotica, Rain, and Fever. Certified double platinum by the RIAA, over 6 million copies have moved since its original release.

Picking up in momentum, Madonna returned to the spotlight in 1994 with her album, Bedtime Stories. Inspired by contemporary R&B, it explored many lyrical themes such as romance, sorrow, and love. Described by some as being “autobiographical”, the project comprised of several songs among which included, Human Nature, Secret, Take a Bow, and Bedtime Story. A solid release, it peaked at number 3 in the US Billboard 200; elsewhere, the album also enjoyed success in Australia, the UK, New Zealand, Japan, Germany, France, and Canada.

Her last album of the 90’s, Ray of Light was dropped in the spring of 1998. A significant improvement over Bedtime Stories, it eventually went on to receive 4x platinum in the US. Regarded as one of her most adventurous records, the album and its subsequent singles went on to win four Grammy Awards out of six nominations- including one for Best Pop Album.

From the new millennium until now, Madonna has put out several albums including Music, American Life, Confessions of a Dance Floor, Hard Candy, MDNA, and Rebel Heart, five of which have gone on to receive RIAA accreditation.

In addition to being a world-class singer, Madonna has also appeared in several films over the past decades. In fact, did you know that she landed her first movie role years before the release of her first album? Back in the late 70’s, she made her acting debut in an independent feature titled, A Certain Sacrifice– that’s four years prior to the release of Madonna!

Since the mid 2000’s however, Madonna hasn’t taken part in any movies. Her last role was in that of the animated comedy, Arthur and the Invisibles in 2006.

What has the singer been up to recently? Well, for one thing, she recently had her Rebel Heart Tour last year. In fact, an live album for the event just came out last month on September 15, 2017. In other news, it’s said that Madonna has challenged Lady Gaga to a Boxing Match in Las Vegas this October.

Madonna rose to prominence in the early 80’s with the release of her eponymous debut album, Madonna in 1982.

She is currently 59 years old.

She was born in Bay City, Michigan. Growing up, she was raised in the Detroit suburbs of Pontiac as well as the Township of Avon.

Is Madonna Currently in a Relationship?

According to tabloid news, she recently began a relationship with Kevin Sampaio, a 31 year old model.

Prior to dating Sampaio, Madonna was together with 26 year old model, Aboubakar Soumahoro.

She has three sisters, Jennifer, Paula and Melanie Ciccone.

She has two older brothers, Martin and Anthony.

She currently has six children. With Carlos Leon her former partner, she has a daughter named Lourdes Maria Ciccone Leon, with ex-husband Guy Richie, she also has a son named Rocco Ritchie.

In addition to that, she has four adopted children, David Banda, Mercy James and twins  Esther and Stella Mwale.

As a teen, she was a straight-A student at Rochester Adams High School.

Did Madonna Go to College?

After competing high school, she received a dance scholarship at the University of Michigan School of Music, Theater & Dance where she studied briefly. Prior to graduating however, she dropped out and moved to New York City.

Information on her salary is not available at this time.

Her favourite foods include burritos, caviar, salads, and rice Krispies.

A Place in the Sun, To Kill a Mocking Bird, The English Patient