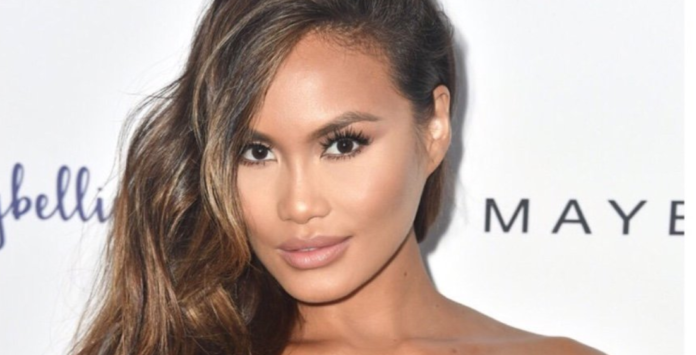 Daphne is a model and actress of Filipino descent. She acted as a mermaid in Pirates of the Caribbean: On Stranger Tides, but she is most well-known for having dated 50 Cent, the rapper, almost 6 years ago. The relationship lasted about a year and a half, and they had a son named Sire Jackson. Things took a bad turn when she accused the musician of domestic violence in the relationship came to an abrupt end.

How Daphne Joy Got Famous

The model was born in the Philippines on February 8, 1987, as Daphne Joy Cervantes Narvaez. She and her Filipino mother and Puerto Rican father stayed in Olongapo, Philippines until Daphne turned seven. At that time, Daphne and her family moved to Los Angeles. Even when she was in elementary school, she is starting to be approached by modeling agents and casting directors.

At first, Daphne concentrated on her school career. She joined the cheerleading squad, participated in talent shows, and belonged to various dance groups and was even a theater kid. At the age of 17, she began her modeling career. She started off as a catwalk model for several brands, appeared and magazines and TV ads, and when she turned 18 she was able to work as a cover model for a couple different men’s magazines. When Daphne Joy was 20 years old, she worked as a dancer in one episode of the MTV show Nick Cannon Presents: Wild and Out.
Daphne Joy’s Acting Career

After she appeared on the MTV show, Daphne was cast as an extra in various movies and TV shows. She was on the popular cult show Curb Your Enthusiasm as well as Criminal Minds, and CSI Las Vegas. Daphne had short speaking roles in the movie Frankenhood as well as the made-for-TV movie Venice Heat. In 2011, she played a mermaid in the fourth movie in the Pirates of the Caribbean series.
Daphne Joy’s Controversies

Daphne had a very tumultuous relationship with rapper 50 Cent starting in 2011. The two had a son together, although at first, the rapper refused to acknowledge that the child was his. They dated a year and a half before 50 Cent was accused of domestic assault. In the incident, he was accused of entering her condo without permission, physically abusing her, and damaging almost $10,000 worth of her property. Even though 50 Cent was charged with domestic violence and vandalism, the domestic violence charges were dropped.
Daphne Joy’s Romantic Life

Besides the relationship with the famous rapper, Daphne has also dated other celebrities. In early 2011, Daphne Joy went out with actor Tyrese Gibson. It took her a while to recover from the messy breakup with 50 Cent, and she took some time to concentrate on raising their son. She started dating musician Jason Derulo and the fall of 2015 before they broken off on a friendly basis in the spring of 2016. For now, the model and actress is single. 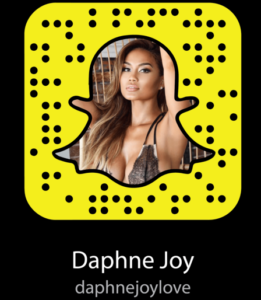 Daphne Joy has been on Facebook as an official personality since 2013. She has over 100,000 followers on the social media platform. She is not an active user – she has not posted since December of 2015. Even before then, Daphne did not post often. When she did share content on her page, it was mostly photos of her advertising for brands that she was an ambassador for, such as Samsung and Myra Swimwear. Daphne often gives credit for her photos to the photographers. Occasionally, the model also posts memes and #MCM content. You could follow her by clicking here. The page also includes an email address where you can contact Daphne for modeling bookings.

Daphne has 71.2K followers on the microblogging platform, which she joined in September of 2012. She posts here slightly more frequently than she does on Facebook, although it tends to be in spurts, and then Daphne Joy will go back to not posting for months at a time. If you follow her by clicking here, you can see all the music Daphne listens to when she works out, the pictures she uses for her weight loss inspiration, and her thoughts as she goes throughout her day.

The model has a huge following on Instagram as compared to her other social media platforms. She has 1.2 million followers and enjoys the official blue checkmark here. Daphne Joy’s Instagram feed is filled with photos from her photoshoots and breathtaking landscape pics.

What is truly striking about her Instagram page, however, is one particular follower that posts on every single photo that Daphne posts. Daphnejoyfan020887 posts things like “Daphne Joy is a Pure Devout Catholic!,” “Daphne Joy + A Younger Man = True & Epic,” and a bizarre rant on the purity and epicness of adoption, and how Daphne should “adopt a little Filipina Girl who will wear dresses like you and makeup like you !!!!” Perhaps Daphne has herself a stalker? Daphnejoyfan020887’s page has no posts or followers – the page description simply states “Daphne Joy is MY idol and role model !!! I want the best for her.” Yikes.
What is Daphne Joy’s Kik Username or Code?

Most celebrities do not participate on the Kik messaging app, and Daphne is no exception. If she is a member of the app, she does not share her username with her fans and followers.
What is Daphne Joy’s YouTube Page?

It seems like Daphne Joy has a small, relatively unknown YouTube page. It was begun on September 6th, 2007, and it only has 257 subscribers. One of the videos Daphne posted had her directly addressing the camera and other behind the scenes content. Access that content by clicking here, and think about subscribing. If more people subscribe, maybe Daphne will think about updating the page – it has been over six years since she’s uploaded a video.