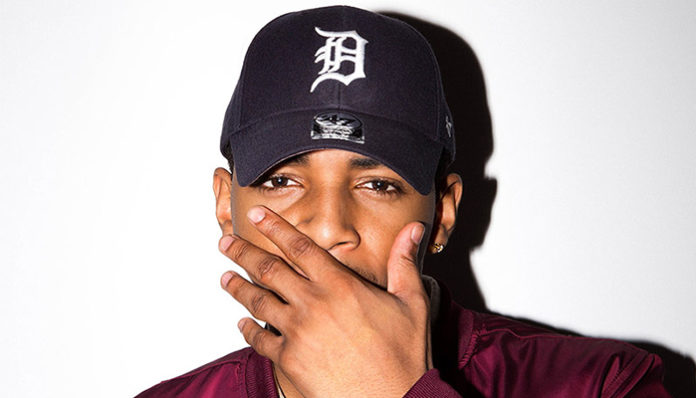 An emerging emcee from Los Angeles, KR initially shot to fame for his single, Poetic Death 2. Often compared to the likes of Chance the Rapper and Kendrick Lamar, his musical creations have garnered him over 7 million views on Soundcloud. Throughout his career so far, he’s collaborated with the likes of No Sleep, Natural Disaster, Kid Sound, and more.

Over the past few years, the LA rapper has released a number of projects including the I$0lyf3 series which is spread out across three mixtapes. Some of his other works include Different World, Reflection, and Zero. Eventually signing with Epic Records, KR later dropped his debut album, It Could Happen in 2016. A smooth production, it gave rise to several hits including Read Your Mind, Complicated, and Maybe It Could Happen.

If anything, he’s just getting started in the rap game- we’re sure to see a lot more from the young emcee. But one has to wonder, how much has he made from his music ventures so far? According to sources, KR currently has an estimated net worth of $100,000. Where did he land most of this money from? Let’s find out below.

How did KR Make His Money & Wealth? 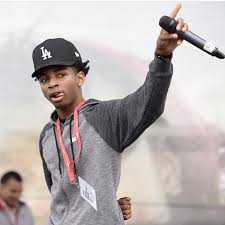 Born on May 28, 1995 in Raleigh, North Carolina, KR (Real Name: Kaalan Rashad Walker) lived between several cities during his childhood including Chatsworth, South Central, and Chino Hills. Extremely close to his mother (who single handedly raised him), he credits her for having kept him away from “a lot of dangerous things” that took place in his rough neighbourhood. A self-proclaimed loner, he was often alone at school, which made him a target for bullies.

As a teen, he often listened to music- he was particularly fond of Chris Brown’s works. Having said that, it wasn’t until after high school that KR decided to to get involved with music himself. Making a make-shift studio in his bedroom closet, he lined his walls with soundproof padding and rows of baseball caps. Drawing inspiration from ASAP Rocky, Mary J. Blige, and Kanye West, he taught himself how to mix, engineer, sing, and rap.

Drawing inspiration from ASAP Rocky, Mary J. Blige, and Kanye West, he poured many hours into the hobby, “obsessing over every minor detail”. Before long, he had released dozens of sounds on Soundcloud, where his clips had garnered him a following. By 2009, he had branched out to Youtube. Creating himself a channel called Who KR, he began to post his work to the site. Today, the same account has turned into a platform for his official music videos.

In 2013, KR dropped the first instalment of his I$0Lyf3 movement on Soundcloud. A promising project, its title stood for four things- (I) me, ($) money, (0) my small circle, and (Lyf3) life, the last of which is purposely spelt different as life is filled with lies and failure. Produced primarily by TheRealKidSound, it gave rise to his breakthrough hit, Poetic Death. A few other highlights from the tracklist include Sophisticated, Stick Up, Inspire, My Niggas, Lucy, and 1995.

The followup, I$0Lyf3 2 was released just a few months later. Another display of his intricate lyricism, the mixtape featured the production of Kid Sound, No Sleep, and Natural Disaster. A 12-track project, it gave rise to Fuck it All, Mental Thoughts, Poetic Death II, and Like Me. Made available on Soundcloud, the playlist has since racked up hundreds of thousands of streams.

The third and final movement, I$0Lyf3 3 was dropped in September 2014. A step up from his previous mixtapes, it quickly reeled in the hits on sites such as DatPiff and Soundcloud. Featuring his superior lyrical ability, the project served as fuel for his ever-growing fanbase. Among the tracks included were Think Again, Keep Me Company (Interlude), Happy, Pressure, Jam, All I Know, One Time, and Perception.

His next project, Different World came out in July 2015.  Solidly put together, it comprised of nine tracks including Unfortunate Fame, Real Life, Guns N’ Roses, Peas in the Pot, Try Story, and Jewz. Unlike his earlier works however, the mixtape did not create much of a buzz as it was only released through a limited number of outlets.

Later that summer, he dropped another mixtape titled, Zero. Made available on iTunes, the track list consisted of eight titles including So Special, Stilettos, Waking up WITH YOU, Hope You Don’t Mind, Empty Bottles, and Keep on Dance ’n”.

Then on September 1, 2015, KR released his next project, Reflection. Similar to his previous efforts, it boasted a number of cuts, all of which featured his signature lyricism. Among the mixtape were the songs, Zonin’ Out, Girl You Got It, Pipe Dreams, Let Me Own, Independent, Love is Pain, Sorrows n’ Sorries, Overdose, and Wifey.

A year later, he released his debut EP, And it Begins. Mixed by Todd Cooper, it featured production from DJ Camper, Tim Suby, Haze, Fayo & Chill, and DemJointz. Consisting of five tracks, it gave rise to What Happen Freestyle, I Ain’t Shit (Feat MaryLand Lavon), Down With You, Complicated, and My Type. As of 2017, the extended play has received well over a million streams on Soundcloud.

Signing to Epic Records, KR eventually released his debut album, It Could Happen on December 9, 2016. Filled to the brim with infectious melodies, the project featured a dozen brand new tracks including Say My Name, Read Your Mind, Maybe It Could Happen, Do Me Like That, Still Here, and I Deserve.

According to an insert written by the rapper, the subject matter of the album comes from many bad decisions that “[he] made with a particular women from [his] past.” Produced by Dinuzzo and Tim Suby, the song Complicated is the most popular with 900K plays on Soundcloud. On Youtube, the official music video has also garnered over 331,000 views.

Aside from his solo projects, KR has also collaborated with other artists on several occasions. For instance, he worked with Raw Papers in Raw Cypher 2, Keaton Henson in The Pugilist, Jessica Jarrell in Come Closer and Mindless Behaviour in #Better.

On top of what he’s made from the above records, KR has put on numerous concerts since his debut, all of which would yield him additional earnings. For instance last year, he held a handful of shows across the United States from New Orleans, Louisiana, to Dallas, Texas. At one point, he also toured with Chicago rapper Alex Wiley in 2014.

So far this year, the rapper has also put on a number of shows- for instance, he performed at Los Angeles’ Roxy Theatre in January and at The Masquerade in Atlanta, Georgia. Most recently this September, he even held a concert at the Grand Marche Stalingrad in Paris, France.

In terms of other money-making ventures, his Youtube channel also also capable of bringing in some cash on the side. Since he first launched his account in 2009, KR has amassed over 87,000 subscribers with more than 20 million views. Currently, his top video, Official Young Sam & Marvel Inc 69 Me Remix has been played over 2.1 million times. Some of his other top uploads include Marvel Inc- WoW Official Music Video, Marvel Inc “bang Like a Cholo Snipit”, Mavel Inc: Kill Off, and Play My Shit (Official Music Video).

Given that the LA emcee has been monetizing his content, he would have already earned a decent amount from Google’s partnership program. On average, the payout ranges from $2 to $5 depending on various factors such as location, audience, and content. Assuming that less than half of his total views have been monetized, he would have made anywhere from $16,000 to $40,000 so far.

So there you have it- an overview of KR’s rap career. From everything that we’ve mentioned, it’s clear that his income comes from multiple sources such as his mixtapes, albums, concerts, tours, and ad revenue. At the rate that his popularity is climbing, it’s almost guaranteed that his career will continue to take off from here.

As far as we can tell, the LA rapper is not married- with that said, that’s merely an assumption seeing as how he hasn’t revealed much about his personal life to the public. For all we know, he could be in a relationship, we just don’t have much to go by at the moment.

Does KR Have Any Children?

Again, our best guess is that he does not have any children.

Did KR Go to College?

No, from what we can gather he did not go to college. If our research proves accurate, he decided to go straight for a career in music after finishing from high school.

Where Did KR Get His Stage Name From?

His stage name is simply an abbreviation for his real name, Kaalan Rashad Walker.

Where Does KR Live? Pictures of Kr’s House

KR currently lives in Los Angeles, California, the same city that he’s been living in since his early teens. Unfortunately, we do not have any details on his location at this time (he’s pretty tight-lipped about his private matters).

What Kind of Car Does KR Drive?

We do not have any information on KR’s vehicle at this time.

From a rap enthusiast to a professional rapper, the twenty something has come a long way these past few years.

Not only has he matured as an artist, but he’s released a number of standout projects such as his I$0lyf3 movement, And it Begins EP, and most recently, his debut album, It Could Happen. Some of his most popular singles to date include, Read Your Mind, Poetic Death, Fake Love Remix, Complicated, Vent, Play My Shit, and Maybe It Could Happen.

How Much Did KR Make Last Year?

At this time, we do not have any information on Kr’s earnings for 2016.

As mentioned earlier, KR has been busy putting on a number of shows this year. For now however, it doesn’t look like he has any additional concerts booked for 2018.

As far as recent releases go, he dropped his debut album, It Could Happen last December.

Don’t want to miss out on his latest news and announcements? Be sure to follow KR on social media- you can find him on Twitter and Instagram at @whoKr.