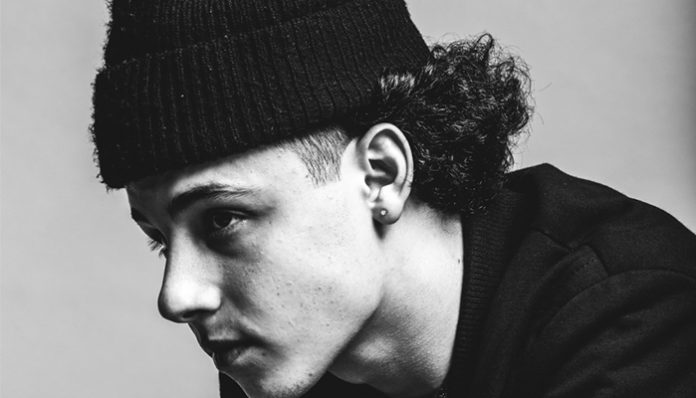 Based in New York, Nyck Caution made his debut in his 2011 mixtape, The Pursuit Vol. 1. A member of the hip hop collective Pro Era, he has released several hit tracks over the years including, Wordsmith, Pelp Me, What’s Understood, Far, and World in Your Pocket. Just this summer, he dropped his latest single, The End in July 2017.

As far as other projects go, he recently came out with the albums, 22 and Disguise the Limit last year. Solid additions to his catalogue, they spawned a number of hits including Inspire the Escape, The Pursuit, Light Through the Cracks, and Nyctophillia. A frequent collaborator, Nyck has also worked with the likes of Dirty Sanchez, A$AP Mob, Joey Bada$$, Kirk Night, and The Alchemist, among others.

As of 2017, the Brooklyn rapper has already got himself over 150K fans on social media- on Soundcloud alone, he has over 15K followers tuning into his work.

With all that said, how lucrative is the 23 year old’s rap career? How much earnings has he accumulated over the past years? To answer that, Nyck Caution currently has an estimated net worth of $100,000, according to multiple sources. Where did he make this kind of money from? Let’s find out.

How did Nyck Caution Make His Money & Wealth? 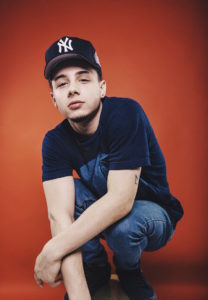 Born on January 15, 1994 in New York, Nyck Caution grew up in the Mill Basin neighbourhood of Brooklyn, where he picked up hip-hop as a hobby as a young teen. A student at Edward R. Murrow High School, he listened to an array of artists, 8 Mile and Eminem being two of his favourites. Ultimately it was at school that he met Joey Bada$$, a teen whom he instantly clicked with. Befriending over their mutual interests in rap, they eventually decided to turn their hobby into something bigger.

Encouraged to take his interests farther, Nyck later befriended a local emcee, whom he had initially met during his freshman year in school. From there, he eventually found himself signed to one of Brooklyn’s emerging hip hop crews, Pro Era. Besides him, the group also included his friend Joey Bada$$, Kirk Knight, Dirty Sanchez, Dessy Hinds, Dyemond Lewis, among a few others.

Signing with the Cinematic Music Group in 2012, the collective released their debut mixtape, The Secc$ Tap.e. in February 2012. Soon afterwards, they dropped a second tape titled, P.E.E.P.: The aPROcalypse. A 17-track project, it contained a number of tracks including Start to Finish, Last Cypher, Bun N Cheese, Natural, The Renaissance, a few of which included features from Nyck. Since then, Pro Era has come out with a third mixtape, The Secc$ TaP.E. 2 in 2014.

The group also had another offering that year- their debut EP, The Shift. Produced by Rosa Mouth, Backpack, Kirk Knight, and Powers Pleasant, the compilation not only features Nyck, but his other crew mates as well including Joey Bada$$, Jack The Rhymer, Dessy Hinds, and Dyemond Lewis. Released as a digital download, it contained five tracks, Butterflies, On My Life, Come Come, Extortion, and Hail Razor. As of 2017, the extended play has been downloaded over 60K times on Datpiff.

As a solo artist, Nyck also came out with his debut mixtape, The Pursuit Vol. 1 in 2011. Made available for streaming on multiple sites, it gave rise to 17 tracks including Someone Like You, Got’ em Saying, Dreams Money Can Buy, Don’t Let Me Go, Say You Will, and Open the Curtain. From its release until now, the playlist has been streamed well over a million times on Soundcloud. A solid effort, it made way for the artist’s future releases.

Two years later, he released his second project titled, Underground Airplay. A follow-up to his initial mixtape, it included a few guest appearances from Fat Trel, Kirk Knight, Big K.R.I.T., and Smoke DZA. Among its track list were the titles, Mind Boggling, Ana, Underground Airplay, On Da Map, and Lift Up, to name a few.

Then in January 2016, the Brooklyn rapper dropped another playlist- 22. A three-track project, Nyck had enlisted the help of Metro Boomin and Soulstruck for its production; the titles included, Light Through the Cracks, What’s Understood, and Nyctophillia. Despite its length, it garnered rave reviews from fans, who took to the internet to stream the playlist As of 2017, the mixtape has been played over 3 million times on Soundcloud.

Following that, he came out with his long awaited debut album, Disguise the Limit on February 29, 2016. Released through Pro Era Records and the Cinematic Music Group, it included many features from his Pro Era members including Madison Kirk Knight and Joey Bada$$ as well as Tyler Sherrit, Madison Iman, Alex Mali, and The Mind. Just shy of an hour in length, its production was handled by Chuck Strangers, Bruce Leekix, Slauson, Metro Boomin, and Navie D, among a few others.

Preceded by three singles, the album boasted thirteen tracks including Show No Love, Just in Case, Out of Reach, Holding Back, Inspire the Escape, Crucifix, and Baptize. Made streamable on Soundcloud, the playlist quickly reeled in the hits- to date, Disguise the Limit has been played million of times online. Some of its most popular songs (going by stream count) include, What’s Understood, The Pursuit, and Church.

Aside from his solo and joint ventures with Pro Era, Nyck has also collaborated with other artists on several occasions. For instance, he worked with Dirty Sanchez on Pro Cakes 2, The Alchemist on CBS, Statik Selektah on My Time, Jared Evan on Moneyball, and Chelsea Reject on Make You a Fan, to name a few.

Speaking of collaborations, the rapper recently teamed up with Kirk Knight on the joint EP, Nyck @ Knight. Featuring 8-tracks, it gave rise to Dial Up, No One Seems to Care, Perfect Murder, Off the Wall, All Night, Headlights, Audiopium, and Wake Up. Available for purchase on iTunes, fans can also stream the project Soundcloud, where it has already racked up hundreds of thousands of plays.

As expected from an established artist, Nyck has put on numerous concerts and shows since his debut. For instance just last year, he went on a tour which saw him performing at over 30 different venues across North America from Austin, Texas, to Toronto, Canada. More recently, he has also hit up a number of cities this year including New York, Atlanta, Boston, Philadelphia, and Amityville, and a few others. Unfortunately, it doesn’t look like he has any upcoming shows planned for the next few months.

Interestingly enough, he has also appeared on television a couple of times- once as a guest on RapFix Live (2014) and another as a performer on Wonderland (2016).

Where else does his earnings come form? Seeing as how he’s a valued member of Pro Era, he may or may not also receive a cut from their Youtube channel. Since they first launched their account in July 2011, they have amassed over 566,000 subscribers with more than 224 million views. Some of the videos that Nyck has up on the channel include, Nick @ Knight All Night, Nyck @ Knight Off the Wall, Look At Me (Remix), and NYUK (Bodak Yellow Freestyle).

For the heck of it, let’s calculate how much the group has earned from their Youtube channel so far. Given that their videos are monetized through Google’s Partnership Program, they would yield earnings of $2 to $5 per 1,000 ad views. So, what would their 224 million video views convert to in terms of dollars? Doing the math, this yields us a range of $179,000 to $448,000.

Speaking of the Brooklyn collective, Pro Era has set up an online store for fans who are interested in purchasing merchandise items. Looking at their collection now, a variety of products are available for sale from logo sweatpants to boxer shorts, to tee-shirts. You can visit the site for yourself at shop.theproera.com.

As stated earlier, Nyck Caution currently has an estimated net worth of $100,000. Drawing from everything that we said above, it’s clear that he’s earned this through a number of sources including his record sales, concert performances, and ventures with Pro Era.

As far as we can tell, the rapper is not married. In fact, not much information has been revealed about his relationship status at this time. We’ll update this section as soon we as know more.

Does Nyck Caution Have Any Children?

No, from what we can tell, Nyck Caution does not have any children.

Did Nyck Caution Go to College?

Though not much is known about his education history, it’s assumed that Nyck Caution has not gone to college.

What is Nyck Caution’s Real Name?

The artist’s real name is Jesse Cordasco- though he more often that not, goes by his stage name, Nyck Caution.

Going by the location that he’s posted on Twitter, Nyck Caution currently resides in his hometown in Brooklyn, New York. Unfortunately, we do not have any further information on his location at this time- nor do we have any pictures of his house to share.

What Kind of Car Does Nyck Caution Drive?

From his debut until now, the twenty something has put forth dozens of tracks, most of which have yielded positive reviews from fans. Just recently, he dropped his debut album, Disguise the Limit, a 17-track project that went on to spawn multiple hits including Wordsmith, Out of Reach, Holding Back, Inspire the Escape, and Show No Love.

How Much Did Nyck Caution Make Last Year?

At this time, we do not have any information on Nyck Caution’s earnings for 2016. Seeing as how he had a few releases that year (as well as a handful of performances), it’s likely that he yielded himself a decent amount.

As mentioned earlier, his most recent release is that of the collaborative EP, Nyck @ Knight with Kirk Knight. In July, he also teamed up with Danse on the single, The End.

If you’d like to stay up to date with his latest news and announcements, be sure to follow Nyck Caution on social media- for instance, you can follow him on Twitter at @nyckcaution. Alternatively, you can also catch him on Pro Era’s social media accounts.