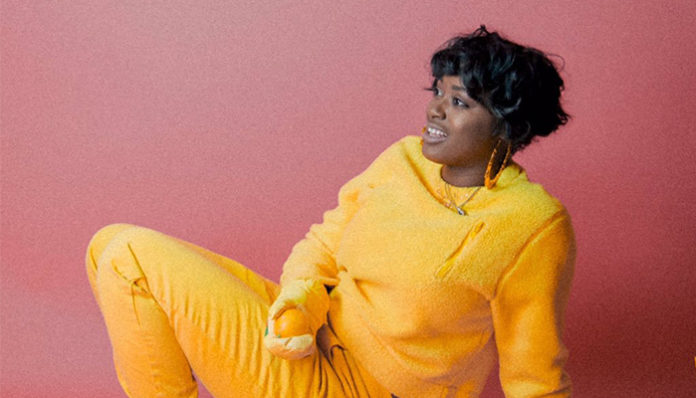 Based in Philadelphia, Tierra Whack first emerged as an up-and-coming artist back in 2011. Originally performing under the name Dizzle Diaz, she recently changed her moniker, marking the start of a new chapter of her music career. Despite her young age, she has dropped a handful of tracks, most of which are rapid-fire freestyles.

To date, some of her most popular songs include, Shit Happens, Child Please, Toe Jam, and Niggalodeon. Most recently, Tierra released the single, Mumbo Jumbo in October 2017- a solid hit, its accompanying visuals have since garnered over 46,000 views on Youtube. As far as collaborations go, she had worked with Young Chris on Can’t Take Nothing back in 2014.

Despite being a relative newcomer, she has already demonstrated herself to have a knack for music- as proven by the recent success of Mumbo Jumbo. Striving to make herself known in the rap scene, Tierra Whack has already gotten herself over 6K followers on Soundcloud. Aside from that, she’s also established a presence on Twitter, Instagram, and Youtube.

With all that said, how wealthy is she? How bankable is her rap career? Unfortunately, Tierra Whack’s net worth is currently still under review (not surprising considering how she has only recently come into the spotlight). Nevertheless, let’s take a look to see how her career has been so far.

How did Tierra Whack Make Her Money & Wealth? 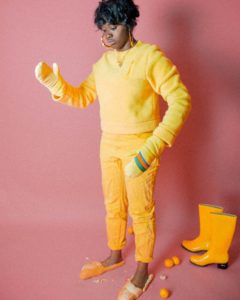 From Philadelphia, Pennsylvania, Tierra Whack has been creating music ever since her early teens. Under the name Dizzle Dizz, she first emerged in 2011- having rapped in front of A$AP Rocky, and Meek Mill; she was sixteen at the time. Perfecting her sound over the next little while, she eventually started to upload her work to Soundcloud, where she has since garnered herself a sizeable audience. Unfortunately, not much has ever been revealed about her childhood. Having said that, it’s assumed that she grew fond of hip hop at an early age.

In February 2015, the artist released her first song to Soundcloud titled, Color Blind. Produced by J Melodic, the track created quite a buzz in the underground scene, despite minimal promotion on social media. Described by some as being “an eclectic track”, the single has since been played over 45K times on the site.

A month later, she followed up with the song, Niggalodeon. Another collaboration with J Melodic, who handled its production, the track was posted to Soundcloud for streaming, much like her earlier release. A rather hypnotic tune, it has since been “liked” over 2,600 times on the platform; more successful than Color Blind, the single has since been played more than 105K times.

Continuing to put out new releases, Tierra later dropped Saggy Tits in May 2015. Produced by J Melodic, the uniquely-titled song can perhaps be best described as a romantic comedy in music format. Complete with witty lyrics, its melancholy paints a picture of a relationship that simply is not working out. A hit nonetheless, the single has racked up over 74K listens on Soundcloud as of 2017.

That summer, she presented fans with another song- Toe Jam. As eclectic as her previous efforts, it has been played over 166K times on Soundcloud, making it one of her most popular releases to date. On Youtube, the audio has also been played more than 8,000 times. If anything, the track only reinforced her position in the rap scene.

From there, she dropped her most popular song to date, Child Please in 2016. Mixed by the rapper herself, it received much praise by fans upon its release online. On Youtube, the track has currently racked up over 10,000 views; perhaps even more impressive is the fact that it has been streamed over 177K times on Soundcloud.

A few months later in November 2016, the rapper released her next song, Shit Happens. Comparable in terms of sound to her earlier efforts, it has been played more than 100K times on her Soundcloud account.

Most recently, Tierra dropped the single, Mumbo Jumbo as a digital download on October 6, 2017. Within just a few weeks, it has already been played over 9,000 times on Soundcloud. A day prior to its release, an official music video was also posted to her Vevo channel- from then until now, it has accumulated over 46K views.

Speaking of Vevo, it’s likely that she receives a cut from the Youtube channel. Despite the fact that she only has one video on her account, she has already garnered tens of thousands of views.

Though she hasn’t put on any recent performances, she did hit the stage a couple of times back in 2015- more specifically in New York, and in her native Philadelphia. At this time, it does not look like Tierra has any upcoming shows booked- we’ll let you know if she ever adds any dates!

As far as we can tell, Tierra Whack is not married- having said that, that’s an educated guess at best, seeing as how she has not revealed much about her personal life.

Does Tierra Whack Have Any Children?

From what we can tell, the twenty something does not have any children.

Did Tierra Whack Go to College?

Our best guess at the moment is that she has not gone to college; we currently have no information on her education history.

Tierra Whack currently resides in her hometown in Philadelphia, Pennsylvania. With that said, it’s known that she often travels to Atlanta, Georgia for recording.

We do not have any pictures of her home to share with readers at this time.

What Kind of Car Does Tierra Whack Drive?

At this point in time, we do not have any information on her vehicle.

How much Did Tierra Whack Make Last Year?

Unfortunately, information on her 2016 earnings have not been released to the public.

As mentioned earlier, she recently came out with the single, Mumbo Jumbo earlier this year.

If you’d like to stay on top of her latest news and announcements, be sure to follow her on social media- you can find her on Twitter at @tierrawhack.